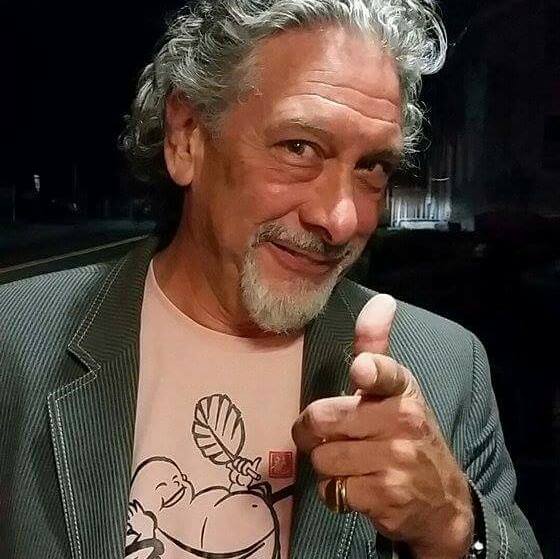 Joel F. Goss, 65, of Garrison and Beacon, died of heart failure on March 23, at the home of friends Branis and Aleksey Buslovich, with their dog Benjy by his side.

He was born in Pawnee, Oklahoma, on Nov. 15, 1955, and raised in Chattanooga, Tennessee. He moved to New York City in his early 20s. In 1992, he married Cat Guthrie, whom he had met when he helped to write and she performed in Spectacular Days of Radio, a long-running production in Atlantic City.

In 1993 the couple moved to Garrison to raise their son, Keaton. In 2017, Joel moved to Beacon, where he became a well-known character, his family said. Some even knew him as “the mayor of Beacon.”

During the 1970s, Joel managed The Original Improv and worked with a number of notable comedians. He won three Emmys and a Peabody as a writer on the BBC documentary, Buster Keaton: A Hard Act to Follow. He also wrote for Dark Horse Comics and his The Shadow series has become a collectible. Locally, Joel directed several shows at the Philipstown Depot Theater in Garrison, and gave freely and generously of his time to local school productions, including many for the Haldane district.

Joel was an original, living a colorful and varied life, his family said. He stood out, dressing like he had walked off a movie set. He was widely read and liked nothing better than a well-turned phrase, witty repartee and obscure references.

Last year, in response to an On the Spot question from The Current about where he would travel in space, he said, “Mars. It’s most likely to be terraformed; I’m a big fan of the novels The Martian and The Expanse.”

Joel saw the potential in everyone, but especially in those who couldn’t see it in themselves, his family said. He always had time for the kind word or a sympathetic ear.

In addition to his ex-wife, he is survived by siblings, Suzanne Goss, M’Lou Gillespie and Richard Goss. His son, Keaton Guthrie-Goss, died in 2018.

A celebration of life will be held at The Garrison in May. Email [email protected] for more information. Memorial donations can be made to KeatonsKids.org, a nonprofit created to honor his son.