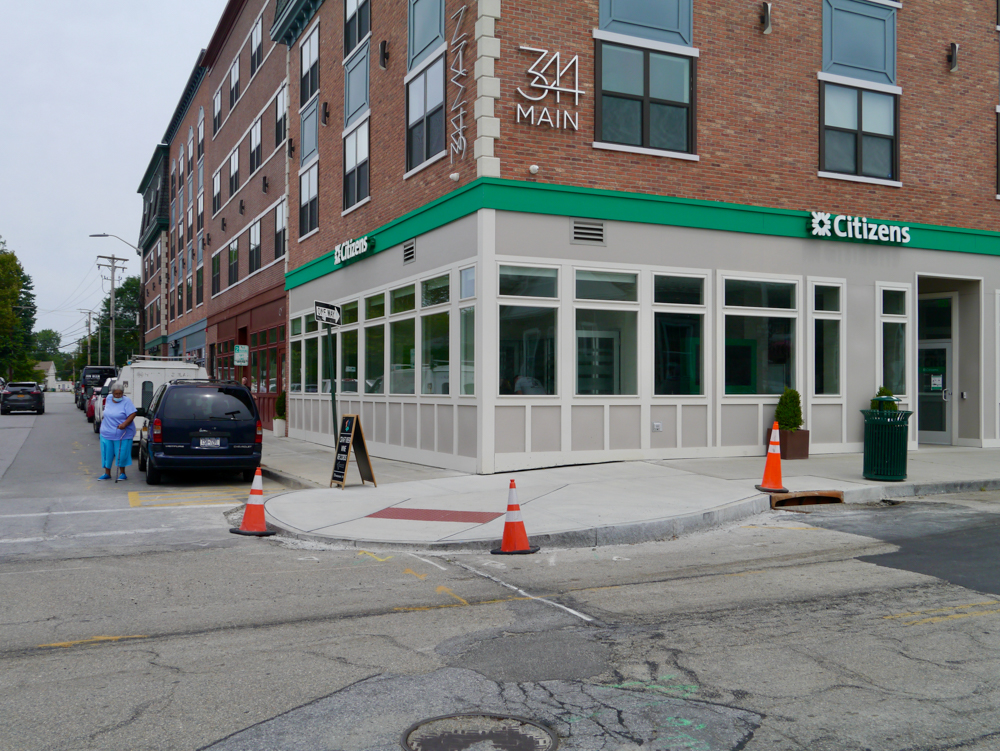 A completed bump-out at Main and Eliza streets (Photos by J. Simms)

As part of a $1.2 million project (80 percent of which is being funded by the federal government), workers in Beacon last month began installing curb extensions, or “bump-outs,” along Main Street at Veterans Place and Cross, Willow, Walnut, Cedar and Eliza streets.

The bump-outs reduce the distance that pedestrians must navigate to cross the street while moving walkers away from parked cars and other obstructions that block drivers’ views. The upgrades also improve accessibility for wheelchairs and strollers and encourage drivers to slow down, city officials said. 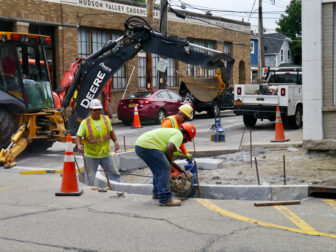 Workers install a bump-out on Tuesday (Aug. 3) at Main and Walnut streets.

The bump-outs should be completed in September, City Administrator Chris White told the City Council during its Aug. 2 meeting. At the end of September, the city plans to remove the “parklets” that have been fashioned with orange traffic walls along Main Street for restaurants to provide outdoor dining during the pandemic shutdown. The city will then mill, pave and restripe the length of Main.

“We’re in a state of flux right now,” White said. “But we’re hoping that by the end of October, Main Street is tightened up and looks much better, and is safer.”

In addition, the project includes the installation of countdown timers at five busy intersections: South Avenue at Wolcott (Route 9D), Verplanck at Matteawan and Fishkill avenues, and Main at Chestnut Street and Teller Avenue.

4 thoughts on “Beacon Bumps Out”