Has the Putnam County Sheriff’s Department cut back the number of its road patrols? No one is willing to say.

Legislator Nancy Montgomery, who represents Philipstown and part of Putnam Valley on the county Legislature, attempted again on May 3 to raise the issue, after having unsuccessfully tried two weeks before that to get answers. Again, none of her colleagues supported her.

The Legislature’s Protective Services Committee included road patrols on the agenda for its April 19 session. But in addressing the committee that night, Sheriff Kevin McConville said he would not reveal the number of patrols or their locations, “out of concern for safety and security for our members, as well as for other law enforcement agencies.”

Instead, he offered assurances “that patrols are assigned to provide effective and responsible public safety services in the towns that comprise Putnam County.” 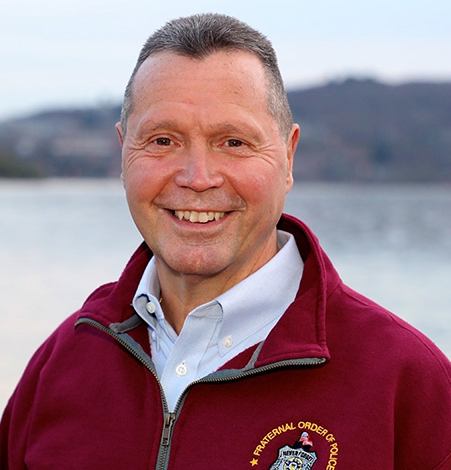 When Montgomery pressed for details, such as the number of deputies assigned to road patrol at the end of 2021 versus the number assigned now, other legislators, who, like McConville, are Republicans, objected.

In contrast, when then-Sheriff Robert Langley Jr., a Democrat, who lost to McConville in November, appeared before the Legislature, Republican members typically grilled him, especially about overtime costs, while Montgomery defended his management.

On May 3, Montgomery said she had not been asking McConville for specifics of officer assignments and locations but wanted “to ensure the department was properly funded and staffed and our public and our deputies were safe.

“I understand that the patrols were cut in March [from six to four or five] due to lack of funding,” she said. “I wanted to know why we’re down patrols.”

Montgomery said that her “many attempts in good faith” to get basic information went nowhere while her position and concerns had been “totally distorted” by some legislators and others.

Earlier in the meeting, the legislators unanimously agreed to allocate $179,000 toward the purchase of five new cars: two for the jail, two for the Civil Division and one for the Bureau of Criminal Investigations. Dealer information suggested four will be hybrid vehicles, using both electricity and gas for power.

Montgomery advocated switching to all-electric models in the not-too-distant future.  “I’m hoping we can make some progress to getting off our addiction to fossil fuels” to improve public health and fight pollution and climate change, she said. She noted that while Putnam in 2019 joined the state’s Climate Smart Communities program, “we’ve not made any progress on that.”

Others agreed on the goal but not the timetable.

Acquiring e-cars “is something that has to come gradually, over time,” said Legislator Amy Sayegh of Mahopac. To accommodate them, the county garage would need new equipment, tools and employees, she said. “We should look into this, but it’s not going to happen this year and probably not next year.”

Legislator Joe Castellano of Brewster said electric cars cost more and take time to recharge. “To the benefit of the taxpayers,” gas-powered cars “is the way to go right now,” he said.

■The Legislature approved the appointment of Ben Cheah, who lives in Cold Spring, to the Putnam County Industrial Development Agency. He will serve until Dec. 31 to complete the term of Sarina Tamagna, a Philipstown resident who resigned.

■Legislators approved the transfer of $195,000 to cover the costs of a retrial of Andrew Krivak, whose conviction for the 1996 murder of Josette Wright, 12, of Carmel, was overturned in 2019. Montgomery noted that some residents have urged the district attorney to abandon the retrial; a co-defendant, Anthony DiPippo, was exonerated by a jury in 2016 and settled with the county for $12 million. But Montgomery said that, after learning more about the case, she supports the retrial.