Like Cold Spring, will only allow U.S., state, POW

By a 3-2 vote, the Philipstown Town Board last week limited the flags that can be flown on town property, including at Town Hall, to the U.S., New York State and POW/MIA flags, along with a town flag, should one be created.

Supervisor John Van Tassel and Councilors Megan Cotter and Robert Flaherty voted for the limits, while Councilor Judy Farrell said she voted “no” because she favors allowing the LGBTQ+ Pride flag to fly at Town Hall, as it did in June during Pride Month.

Councilor Jason Angell, who cast the other “no” vote, advocated allowing only flags approved by the federal government or that are internationally recognized, with groups that want to fly them required to get a permit. 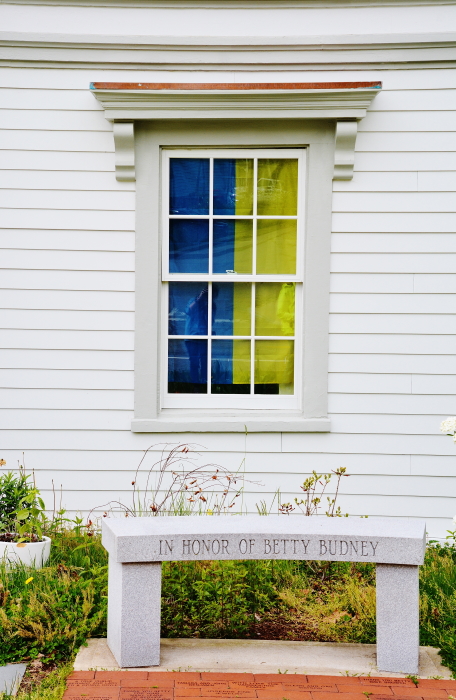 After displaying a Ukrainian flag in a window of Town Hall in the spring and temporarily agreeing to the Pride flag, the board called a moratorium until it could consider a policy in light of a U.S. Supreme Court ruling that if a municipality permits one outside group to fly a flag on public property, it must accommodate others.

“I have no opposition to the Pride flag and I’m sure there’s a number of flags that would be wonderful to fly,” Van Tassel said. “But I feel it just opens a can of worms we don’t want to get into. If we open it up to one [organization], it’s just going to be a continuous conversation as to who else we add.”

Farrell said the Pride flag “represents freedom, freedom from hate and discrimination, freedom for people to love” whomever they want, and that it had not generated any complaints when flown in June.

Angell acknowledged Van Tassel’s concern but said if the town now adopted a broader policy that subsequently “ends up tearing people apart more than allowing people to come together, I’d support limiting it” at that stage.

Eliza Starbuck, a Cold Spring village trustee who said she was speaking as a resident, urged the town “to preserve and respect the neutrality of our public spaces.” She termed it inappropriate “to display one position over another in a shared public space” that residents “all pay taxes to maintain.”

Another resident, who did not give her name, said “we don’t have any prisoners of war” anymore and questioned if “it is required that all government buildings fly the POW flag,” which dates from the Vietnam War era.

“In my heart, it is,” Van Tassel said. “I’m not going to tell the VFW [Veterans of Foreign Wars] I’m taking that down.”

The Cold Spring Village Board voted in August to only display the U.S., New York State and POW/MIA flags on village-owned property. Like Philipstown, it approved the temporary display of a Ukrainian flag and a Pride flag while it finalized a policy.

The Town Board scheduled a public hearing for Nov. 3 to hear feedback on a proposal to rezone about 11 acres at Hudson Highlands Reserve, a development bounded by Route 9, Horton Road and East Mountain Road North.

If approved, the zoning would change from industrial-manufacturing — the land had once been considered for soil mining — to rural residential, allowing the developers to build 24 houses, each on a 1-acre property. Without the change, the project will be limited to 22 homes.

In April, the Planning Board signed off on a state-mandated environmental-impact review of the 210-acre project, which its sponsor, Horton Road LLC, calls a “conservation subdivision.” That has raised concerns, and the Conservation Board in January expressed fears that the firm “is evading the intent” of conservation subdivision regulations.

Van Tassel said rezoning would prevent soil-mining operations or other industries from ever occupying the 11 acres and threatening Clove Creek. “That’s what made me think this is a sensible change,” he said.

Angell said the fact that a developer who will benefit from the change was making the request “doesn’t really feel right.”

Farrell wondered if the developers would provide anything, such as a town park.

Drew Gamils, an attorney for Horton Road LLC, said the project includes 180 acres of conservation easement, “a huge public benefit.” Although it will not be a public park, “you’ll be able to hike back there and to walk and maintain it as natural trails,” she said. She elaborated on Wednesday (Oct. 12) that “the conservation easement may permit hiking trails on the conserved land that could be open to the general public.”

Horton Road LLC also seeks an exemption from a law that limits road grades to 10 percent; it wants a 12 percent grade for its entry from Route 9. The board referred the request to the Planning Board and town engineer.

One thought on “Philipstown Votes to Limit Flags”