A number of stories I have written over the past year have a special resonance that I’d like to share.

The pre-Christmas gathering hosted by Philipstown. info’s at its space at 69 Main Street was, on one level, simply about people getting together to enjoy really good, live music. They certainly happened, as a standing-room-only crowd came together on short notice thanks to the efforts of Cold Spring’s “Mr. Music,” Ken Veltz, creator of The Listening Room.

But the event also teased at an issue vital to Cold Spring’s economic future – how to create a more vibrant Main Street. Numerous communities across the US, both large and small, use music as an effective catalyst for economic health. With the amount of talent in Philipstown, the Hudson Valley and just beyond, and the huge audience just a short train ride away, the potential for music to be a major force in Cold Spring’s economy seems tantalizingly doable.

The real question is, if, as many believe, music has such great potential, whose job is it to make it happen? The village board? The Chamber of Commerce? The Merchants’ Association? Individual businesses? Putnam County Tourism? All of the above? In fact, whose job is it to ask the question?

This just struck me as such a progressive, good and even common sense resource to be pursued – especially in a small school such ‘as Haldane where course offerings are limited by enrollment. In its current form the

Virtual High School is clearly not for every student – but this is undoubtedly just the tip of the iceberg. Unless the Internet just up and disappears how could it be otherwise? Along with expanding home-based businesses, the emergence of Cold Spring Radio, online shopping at local stores…information technology can only make Cold Spring a better place to live – if exploited wisely and creatively.

Comp Plan Goes to the Village

When the Special Board sent its recommended Comprehensive Plan to the village board it marked the end of more than four years of mainly volunteer effort and considerable public input. The document uses broad brush strokes to paint a picture that essentially depicts “What we want our community to be.” The detailed brush strokes that will complete that picture and determine which recommendations will actually be adopted – and how – now rests with the village board which, in theory at least, will now

bring village zoning laws into conformity with the Comprehensive Plan.

A criticism of past village boards has been that the recommendations contained in the 1987 Comprehensive Plan were never fully acted upon. With an election looming this spring and a current village board that often gets mired in minute details – from how many seconds to test the fire siren to the pros and cons of “dark sky” lighting, it will be interesting to see how they tackle an all encompassing project such as implementing the Comprehensive Plan.

Another Big Halloween in Cold Spring

There are certain things that define Cold Spring’s character more emphatically than others.  “Scooping the loop,” the joy of finding a good parking spot on a busy summer weekend, the annual Main Street game of “musical chairs” as businesses relocate, the beauty of the Highlands and of

course the ongoing debate over the length of residency required in order to be considered a true “Springer.”

The Halloween parade is another of those defining characteristics. It is so Cold Spring. Great participation and creativity and simplicity. This year’s parade was no exception. My article however had at least one major flaw. I neglected to give credit to Marilyn Heberling who, for seventeen years, has been the driving force behind the parade, preparing bags of goodies for the kids and advertising the event. Belated but very well-deserved kudos Marilyn!

Are reporters allowed to have this much fun? Interviewing Leona Dushin was pure joy – and not just because she had a cold beer waiting for me when I arrived. What a character. What a life she has had. What a life she will have! It is often said that each of us has a book in us. There is no doubt that Leona has several.

Major Ben Martinez: Back from Afghanistan

Interviewing Major Martinez was both fascinating and a huge relief for me. Ben is a friend and he is the first person I have ever worried about being in

harm’s way. I was elated when I learned he had made it home safely. He very properly side-stepped political questions. I was more interested in his personal experience anyway – his sleeping quarters, meeting the Afghan people, the food, how often he was in danger.

His most surprising answer came when I asked him what he thought of the Afghan landscape, so often described in very negative terms. He said he loved it because it reminded him of his home State of New Mexico. Most of all, speaking with Ben reminded me that like politics, all wars are local.

Understanding Donald
Some stories are easy to write. This one was not. When Donald Lusk took his own life in August, it touched almost the entire community, as evidenced by the numerous comments submitted to Philipstown.info. He was at the same time well-known, much-loved, outspoken and occasionally a major aggravation. He was a true character and as such became a real part of Cold

Spring’s character – from his letters-to-the-editor and running for mayor to his large, hand-painted signs through which he tested – and upheld – his right to free speech. While

Donald’s actions were often surprising, his suicide was shocking. Suicide always is.  As a society we seem to comprehend and deal with physical injury and illness fairly well but we have a long way to go before we fully understand and are comfortable with addressing mental illness. We can only hope that Donald’s death will somehow help our community think about and deal with mental health in a better way.

Will Cold Spring Be Renamed?
What’s in a name? Quite bit it seems. During the Comprehensive Plan public

meetings, when it was suggested that the village might be renamed Cold Spring-on-Hudson, very few residents sat on the fence. People either liked the idea or hated it.  My sense was that relative new comers favored the idea while long-time residents wanted no part of it. I found that ironic in that there are numerous 19th century references to Cold Spring-on-Hudson in the New York Times and elsewhere.

Little Stony Point: of people, places and foresight
Beautiful places that protect natural landscapes are important to people; important to our mental and physical health. Yet local places, especially small ones, are often forgotten, or at least taken for granted, when we rhyme off our favorite, awe-inspiring destinations – whether it’s the Grand Canyon, 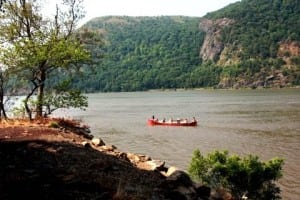 Niagara Falls, the Rocky Mountains or the ocean shore. Little Stony Point is one of those tiny, priceless, breathtaking local places. Big business is very adept at exploiting nature – whether drilling for oil, mining for minerals or harvesting forests. Our track record for preserving important natural places hasn’t always been as successful. Local residents are fortunate that someone saw fit to preserve Little Stony Point many years ago and that others today continue to volunteer to make it available to us.

One thought on “Michael Turton”