Father Shane Scott-Hamblen, who has been rector of St. Mary’s Episcopal Church in Cold Spring since 2002, will resign from his full-time duties on Sept. 1 after the vestry of the 178-year-old parish concluded it can no longer afford to pay a rector.

“The decision was difficult and without pleasure, but it was a necessary decision in order for the parish to continue,” the church said in a statement posted on its website.

Scott-Hamblen will continue to live in the church rectory and say Mass through at least Dec. 31, after which St. Mary’s will be served by temporary clergy supplied by the Episcopal Church. The hope is that Scott-Hamblen will have found employment elsewhere by year’s end, said Mark Forlow, St. Mary’s senior warden. 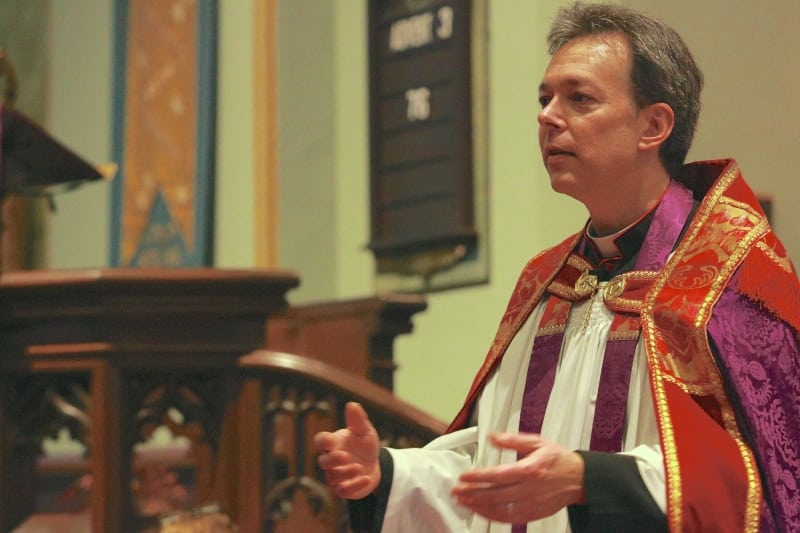 St. Philip’s Episcopal Church in Garrison is also using temporary “supply clergy” as it searches for a rector to succeed Frank Geer, who retired in May after nearly 31 years there.

Forlow called the decision to part with Scott-Hamblen a “purely financial issue,” saying “it’s just not viable at this point” to continue paying a full-time rector. The St. Mary’s vestry has asked for donations to pay the $10,000 due on Scott-Hamblen’s pension and $6,000 for his health insurance.

Scott-Hamblen warned in January 2013 and again in July 2017 that St. Mary’s faced a serious financial shortfall as its endowment dwindled, but by the end of last year it had raised more than $73,000 through contributions and fundraisers such as a patronal festival and basket raffles. He said last summer that the church planned to bring together a team of professionals to recommend a long-term solution to the chronic budget shortfalls.

The parish was founded in 1840 and its present building at Main and Chestnut Streets was constructed in 1868.

Forlow said he didn’t know offhand what percentage of the budget had been dedicated to the rector’s salary and benefits, but it’s “quite a bit.” However, once those costs are off St. Mary’s books, he said, the church will begin saving for future projects, including hiring a church administrator. 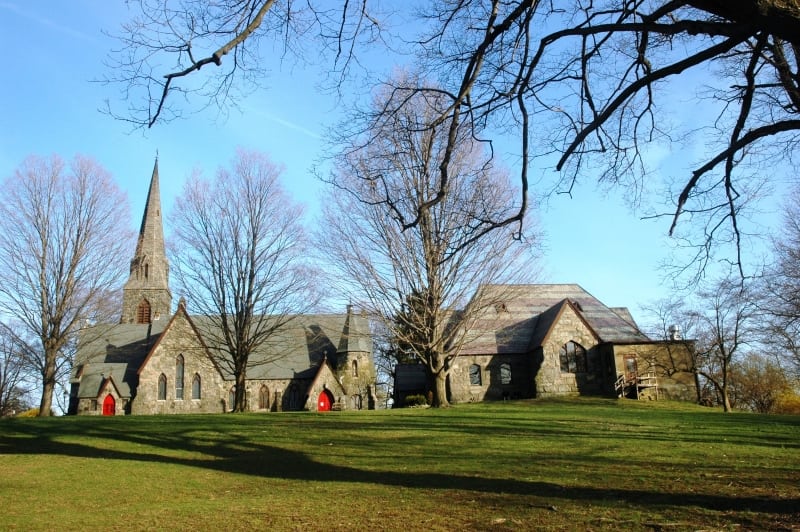 St. Mary’s Episcopal Church and its parish hall, as seen from Main Street across its great lawn (File photo)

In addition, there are longstanding maintenance issues and repairs that must be addressed with its facilities. Completing those projects will still require outside financial help, but “with the rector, they would be nearly impossible,” Forlow said.

Scott-Hamblen did not return a call seeking comment, but Forlow noted that the rector’s impact has reached far beyond St. Mary’s 75 members.

“It’s tough seeing him go,” Forlow said, “and it’s even tougher when you know what he’s done for the community.”

The church will remain open once the supply clergy — which could be one or several priests — take over. The temporary clergy will provide Mass on Sundays and officiate at baptisms and weddings, Forlow said, but will not live in the rectory or receive full-time pay or benefits.

“We will be able to keep the doors open, and we hope to provide community support that’s as close as possible” to what it has been in the past, he said.