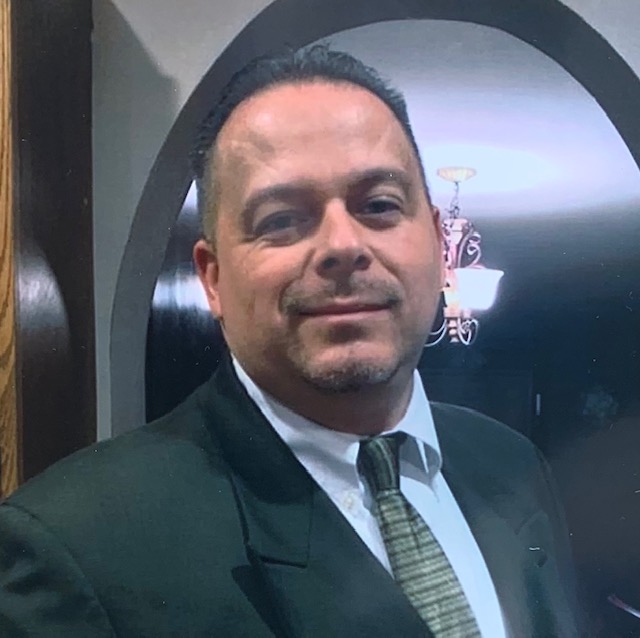 Darrin Santos, 50, lived with his wife and three children on Parrott Street. He died at NewYork-Presbyterian Hudson Valley Hospital in Cortlandt.

A Navy veteran, Santos was a transportation supervisor for NewYork-Presbyterian Hospital. Following the outbreak of COVID-19, he drove doctors between hospitals in White Plains and New York City. He also made deliveries to various hospitals.

“He was a great man — I want everyone to know that,” said Melissa Castro-Santos on Wednesday (April 8), the day before her husband was laid to rest at Cold Spring Cemetery. “I miss him so much.”

She added: “I want to thank everyone for their prayers and kind gestures.”

Santos also is survived by his sons, Darrin and Daniel, who are juniors at Haldane High School, and his daughter, Miklaya, who is a freshman. Santos was often seen in the stands at Haldane games, watching his children play football, basketball and baseball.

On Thursday (April 9), as the Santos family drove to the cemetery for a private graveside service, mourners lined the streets, sitting in parked cars decorated with messages of support. (See photos below.) 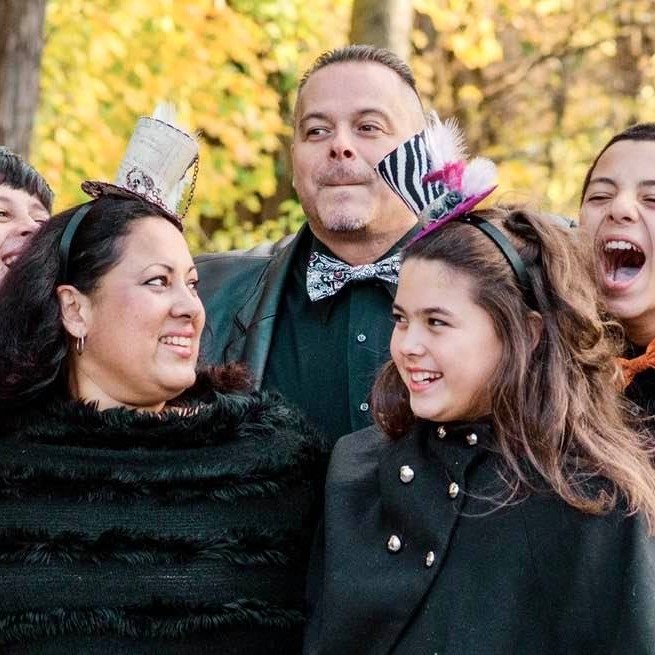 The Santos family in an undated photo

Santos-Castro said she was surprised that her husband became seriously ill from the virus because he had no underlying conditions that might have put him at higher risk. “He was very healthy,” she said. “He never got sick.”

The couple was married in 2000. “He grew up in Cortlandt, and I grew up in Newburgh, and we met at a nightclub in Fishkill called The Brass Rail. He was leaning against a pole, yawning, when I first saw him,” Santos-Castro recalled with a laugh. “He was the designated driver, watching over his friend.”

The family has faced many recent challenges. In 2015, the family lost their Parrott Street home in a fire. Melissa Santos-Castro has been battling cancer and Darrin Santos’ stepmother, Helen, was killed and his father, Miguel (Michael), seriously injured in a 2014 collision on Route 9 in which the other driver was charged with vehicular manslaughter.

A GoFundMe campaign, established to assist the family after the fire, has been re-opened to accept contributions.

Santos loved teaching his children when they were young how to play sports and was a coach in the Catholic Youth Organization basketball leagues and for Little League baseball, according to his family. He also was a fan of the Dallas Cowboys.

Along with his wife and children, he is survived by his father; his mother, Clauda Theriault (Dave Rosenthal); and his siblings, Joseph Montalto (Debbie), Claudine Beachak (Matthew) and Andrea Bunker (Scott). A memorial service will be held at Our Lady of Loretto Church in Cold Spring once social-distancing restrictions are lifted.