According to the best science available, based on a method of inquiry that has served civilization for centuries, the earth’s climate will continue to heat up at a pace never before recorded. This may not change our lives so much, but our children and grandchildren are in for a wild ride. We can slow down the warming, but it will take a tremendous, sustained effort over generations, because climate change due to increasing amounts of carbon dioxide trapped in the atmosphere appears to be accelerating so fast it has its own momentum.

When the planet’s health was easier to see and comprehend — smog, acid rain, the polluted Hudson — politicians from both parties worked together to find solutions. But this danger is distant, and complex, with uncertain outcomes. And somewhere along the way scientists — thousands of scientists, in multiple disciplines — have become cast by naysayers as clueless villains who hope for unexplained reasons to destroy the economy by sabotaging the most profitable product ever devised: fossil fuels dug from the earth. 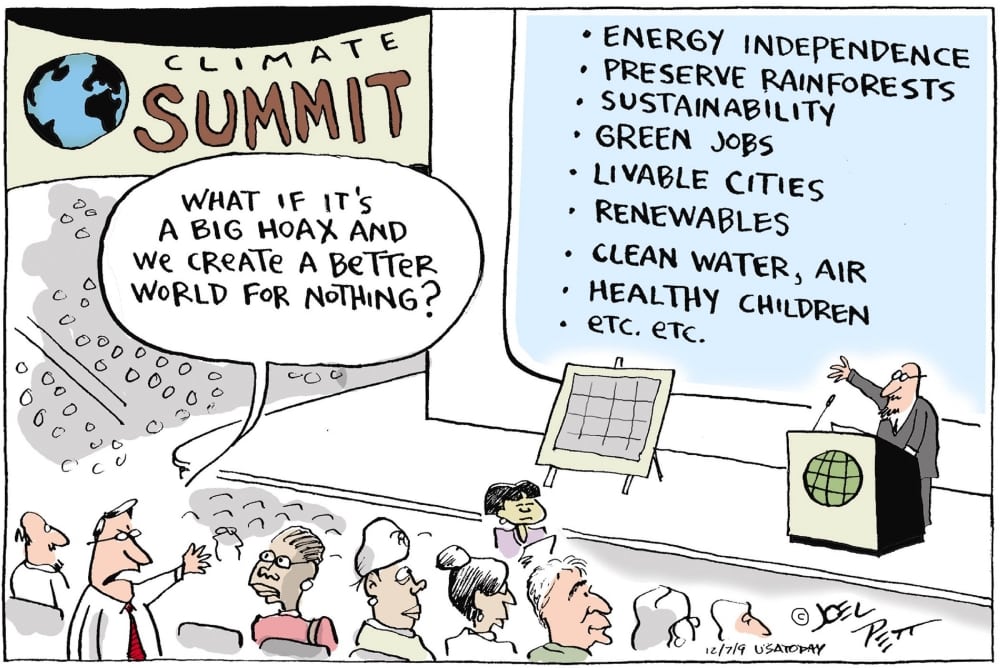 There is a clear and consistent divide between the two major parties on global warming that extends right down to our own Congressional district. According to research using 2018 data in the journal Climatic Change that examined different views of climate change at the local level, 92 percent of Democrats in the 18th are convinced global warming is happening, but only 58 percent of Republicans. More than 88 percent of Democrats say they are concerned, versus 49 percent of Republicans.

Fred Rich, a Garrison resident who is the author of Getting to Green, a book that outlined (before President Trump) how the parties might find common ground on environmental issues, argues that polls are skewed by the third of Republicans who are hardcore deniers. Results also vary by state: Republicans in New York, Delaware and Alaska are more likely to believe that rapid climate change is underway than Republicans elsewhere.

In this, the fifth and final part of our series, we spoke with Rich and other Highlands residents who are doing what they can to get things moving. New York State has promised grants to communities that mitigate and adapt for what is coming, but only Philipstown has made much progress. Passionate activists such as Krystal Ford in Garrison and members of the newly formed chapter of the Citizens’ Climate Lobby in Beacon are attempting to add urgency to the conversation. But it’s a hard sell, and politicians think in terms of two to eight years, not 50 to 100. Fred Rich points out that people respond better to hope than gloom. So, where is it?

Climate Smart
The Bottom Line
Can We All Get Along?
Hot Earth, or Hot Air?