“The sea is a cruel master, and she hath taught me prudence.”  ~Blackbeard, Buccaneer (1922)

Everyone loves being near the water, as long as it’s not over your head. The coasts are also the most densely developed areas of the U.S., and the most vulnerable to rapid climate change due to global warming.

That warming is caused by the increasing amount of carbon dioxide (CO2) in the atmosphere, which traps heat and has been melting ice at the poles faster than scientists anticipated, adding to the volume of the oceans. The heat is also increasing the temperature of the water, causing it to expand. 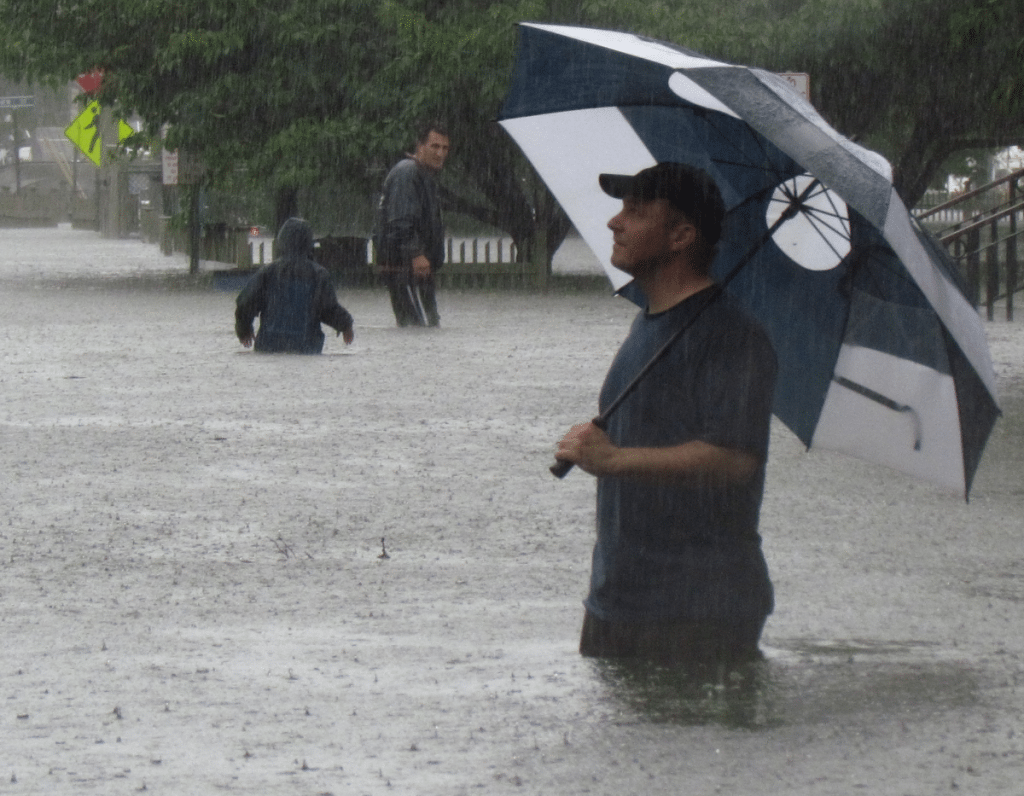 Together these factors have pushed sea levels up about 8 inches since 1900. That doesn’t sound like much, but it’s 8 inches closer to overrunning the banks, and ocean water doesn’t recede like storm surge. More important, in the past 20 years, the sea has risen roughly twice as fast as it did in the previous 100.

“We’re pretty much locked in at 2 to 3 feet of sea-level rise in this century,” says Radley Horton, a climate scientist at Columbia University who lives in Garrison. “That’s the best-case scenario. The further we push the system, the bigger potential for surprises, such as 6 to 8 feet.” 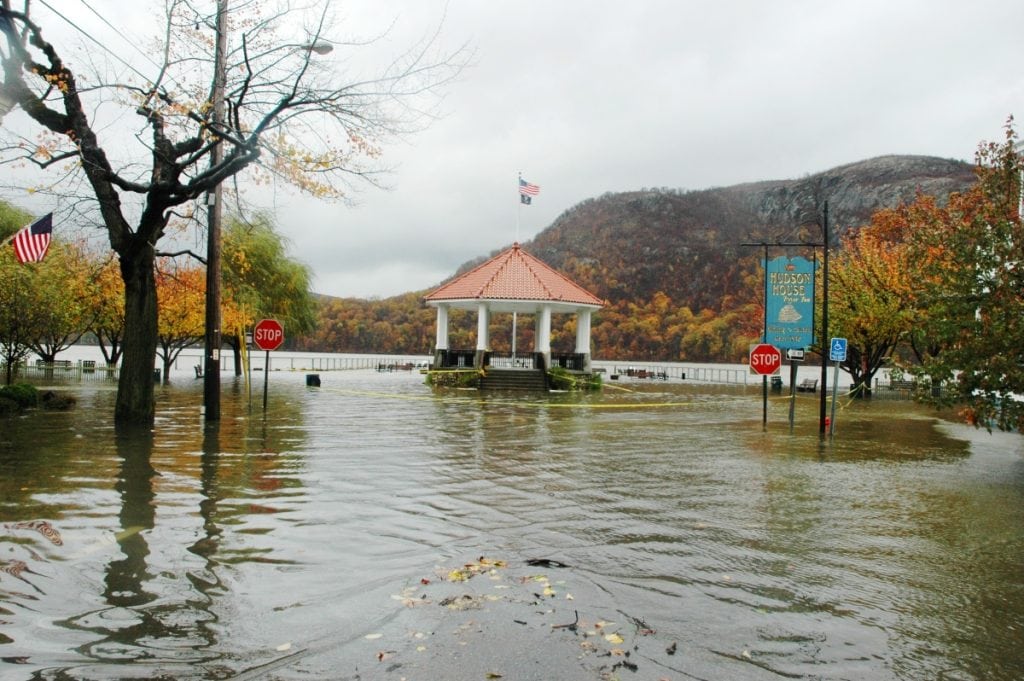 The lower part of Main Street in Cold Spring was flooded in 2012 during Superstorm Sandy (Photo by L.S. Armstrong)

The rise will have profound effects on New York City. The Highlands, which are also located on the ocean (the lower part of the Hudson is an arm of the Atlantic, with tides and seawater) will likely also see dramatic changes, including more frequent flooding from storm surge and the eventual submersion of the Beacon, Cold Spring and Garrison waterfronts and Metro-North tracks.

In this, the second part of our series on climate change in the Highlands, we will look at:

One thought on “How Hot? How Soon? Rising Waters (Part 2)”