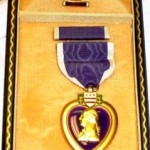 Story and Photos by Alison Rooney

“This isn’t my award. I am simply the custodian for those who couldn’t be here.” 2009 Purple Heart Medal Recipient.

The core of the National Purple Heart Hall of Honor (NPHHH) is not the historic timeline displayed in the entry gallery. Nor is it the “Harsh Panorama of War” exhibited in the main exhibition hall, although both of these serve to educate visitors about the history of this military award. Instead, the essence of this site is captured in a room full of plain, old-fashioned file folders, each dedicated to archiving the personal history of every individual accorded this military honor.
With approximately 1.7 million Purple Heart Awards given out, you might think that perhaps an individual folder might be too cumbersome a method of retaining information. But what one takes away from a visit to the New Windsor-located facility is a sense that each individual’s story is deserving of its own place in the collective history of our nation at war, and that it is our obligation and privilege to hear these stories, now and in the future. These stories, captured through videotaped interviews and scans of the paraphernalia of wartime experience such as letters back home and photos in uniform, are what makes up the collection — and the heart — of this site.

History of the award

The modern Purple Heart Award was established on Feb. 22, 1932, the 200th anniversary of George Washington’s birth.

“By order of the President of the United States, the Purple Heart, established by General George Washington at Newburgh, August 7, 1782, during the War of the Revolution is hereby revived out of respect to his memory and military achievements.”

The award known as the Purple Heart has a history that reaches back to the waning days of the American Revolution. The Continental Congress had forbidden General George Washington from granting commissions and promotions in rank to recognize merit. Yet Washington wanted to honor merit, particularly among the enlisted soldiers. On August 7, 1782, his general orders established the Badge of Military Merit.

‘… The General ever desirous to cherish virtuous ambition in his soldiers, as well as to foster and encourage every species of Military merit directs whenever any singularly meritorious action is performed, the author of it shall be permitted to wear on his facings, over his left breast, the figure of a heart in purple cloth or silk edged with narrow lace or binding.’

Washington stated that the award was to be a permanent one, but once the Revolution ended, the Badge of Military Merit was all but forgotten until the 20th century.”

What is the Purple Heart Award?

The official definition of the Purple Heart Award is that it is “awarded ” to any member of the Armed Forces of the United States, who, while serving under competent authority in any capacity with one of the U.S. Armed Services after April 5, 1917, has been wounded, killed or died after being wounded.” The criteria for the award have changed over the years since its inception. At first it was awarded exclusively to Army and Army Air Corps personnel and could not be awarded posthumously to the next of kin. In the beginning, only living veterans could make applications to receive it. These rules were changed during WWII, extending the award by allowing the Navy to confer it on Sailors, Marines and Coast Guard personnel, and by awarding it posthumously. As late as 2008, there was an amendment made to expand eligibility of the award of the Purple Heart to those who die in captivity while Prisoners of War.

The facility and its goals

Cold Spring’s Anita Pidala has been the Director of the NPHHH, which is a part of the Palisades Interstate Park Commission, since 2007, following her tenure as Executive Director at Manitoga. Pidala worked to get the facility 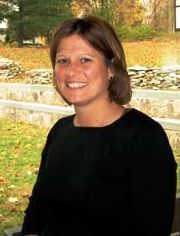 ready and has been there since its inception. She says “It’s an honor to be part of fostering the preservation of this part of our history. I never know whom I’m going to meet and what I’m going to learn. It’s a very dynamic place to work. I’m always moved by the stories. It’s a privilege to meet wonderful people who have made significant contributions to our country.”
The organization’s main focus is to acquire personal histories of as many recipients as possible. These histories are then assembled into the “Roll of Honor,” an electronic database. Strangely enough, there is no central military database relating to Purple Heart recipients, so the NPHHH is reliant on enrollments from the public. The first step is the verification of the award, for which qualifications might include one or more copies of discharge papers, General Orders listing the award, a Purple Heart Award Certificate, and, in some cases a photograph of the back of the medal if it has the recipient’s name engraved (this depends on when the award was issued). There are currently about 165,000 recipients featured at the Hall.
Once the candidate is verified, information, including a short narrative describing how the recipient was wounded, is recorded in both the internal Roll of Honor database, and is also accessible through the NPHHH website, which presents some of these materials in an abbreviated format. Once enrolled in the Roll of Honor, recipients may participate in an on-site interview. The interviews serve as material for exhibits, documentaries, the website, etc. Sample interview questions show the breadth of the wartime and post-wartime experiences being addressed:

* What can you tell us about the friends you had while you were in the military?
* What were your interactions with the local civilian population while overseas?
* How did your experiences in the military and/or combat affect your life, identity, values, and or emotions in the long run?
* What has brought you most happiness throughout your life?
* What would you like your descendants to know about you and the life you have led? 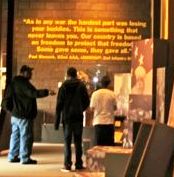 Visitors in the main hallway

The site itself consists of traditional display material, including a Timeline Gallery, with each panel representing a conflict, with the statistics of those killed in action and wounded in a combat zone. Flags nearby represent each branch of service in order of founding: Army, Navy, Marine Corps, Merchant Marine, Coast Guard and Air Force. An accompanying display covers “War and its Consequences.”
An exhibit in the Main Gallery follows the course of action: start of the battle; the wounded; treatment; evacuation; rehabilitation; recognition; home. Chambers called “Drums,” each with an exterior suggesting air/land/sea, invite the visitor in to view excerpts from the interviews, interwoven around theme questions such as “How I Got Wounded.” These clips are informative, harrowing, funny and poignant — sometimes all at the same time.
Ten nearby computer kiosks make available the searchable profiles of recipients — the more complete version of what is on the website. The grounds of the site include an area where ceremonies are held and where the contemporary awarding of the medals has taken place. 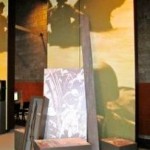 Mike Ali, a representative of the Military Order of the Purple Hearts, a Congressionally-chartered organization dedicated to serving veterans, especially those with Purple Hearts, has an office on the premises, though there is no direct affiliation with the site. Ali works to troubleshoot all sorts of veterans’ concerns, from filing claims to funeral arrangements.
A 15-minute film, For Military Merit is available for viewing. Before the film started, a veteran in the audience, introduced to Anita Pidala, immediately began describing his experiences with General Patton—a living moment in history. He related the events as if they had happened yesterday; they were obviously that vivid to him despite the passage of over 60 years. This veteran then told Pidala that he had done an oral history and had been back to visit the NPHHH on multiple occasions.

LOCAL RECIPIENTS, AL IRELAND IN PARTICULAR
A veteran of WWII and the Korean Conflict, Sgt. Ireland, then Marine Corporal Ireland, is shown in a news clipping awaiting shipment to Korea. The story details that “Albert was wounded five times in World War II, and, under a Marine rule, was not eligible for further combat duty. However, he went to Marine Corps Commandant-General Clifford B. Gates with a plea either to let him go to the fighting zone or send him back home. So he is on his way.” 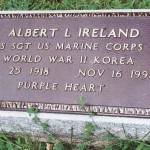 His Report of Separation papers from WWII note that his last employer before entering the service was the Hudson River Stone Corp, of Cold Spring, and that his job preference was “Physical Education Instructor” as he “Likes Athletics.” That same document dating from his discharge after the Korean Conflict lists his “Total Payment Upon Separation” of $213.70 — and lists his main civilian occupation as Reporter, Putnam County News.
Other clippings in his file note how the “thin, scrappy veteran from Nelsonville guided Art and Design High School [in New York City] to the NYC Public School Athletic Wrestling Championship, beating out 22 other squads for the crown “¦ despite being “plagued by the lack of practice facilities and equipment,” and details how Sgt. Ireland founded the City of Poughkeepsie Marine Corps League. His personal narrative, contributed by others posthumously, takes note of all this, and adds the following:

“”¦ the image “¦ many of us had of him as he quietly lived his life in our villages. To us he was just Al. And that is the way he wanted it. He would walk our streets, conversing with many of his friends about anything you wanted to talk about, but especially about sports. He would be involved in the community, being a life member of the Cold Spring Fire Department and the main force in forming the Putnam County Marine Corps League. Al was a very private man who did not speak of his war days or of his many decorations. He loved his Marine Corps and he loved his country. Al Ireland was a great American.”

Special events and visiting the site
In honor of Veterans’ Day, on Saturday, Nov. 13th, at 2 p.m., a special event, 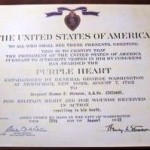 “Sharing Our Stories, Preserving Our History,” will pay tribute to the 60th anniversary of the Korean Conflict, with a speaker from that era, along with representatives from WWII and Vietnam. This event, which will include patriotic songs, is viewed as a celebration of veterans, and not a memorial  service. The NPHHH is becoming more and more popular, with visitors from over 44 states and 4 foreign countries recorded since Labor Day. The Hall gets many repeat visitors and is now being included on the itineraries of many groups touring the Hudson Valley.
The NPHHH is open seven days a week, Monday through Saturday from 10 a.m.-5 p.m., and Sunday 1-5 p.m. It is located at 374 Temple Hill Road, (Route 300), in New Windsor and the local number is (845) 561-1765. To learn more about the NPHHH and enrollment in the Roll of Honor, call 1-877-28HONOR or visit www.thepurpleheart.com or www.nysparks.com. [slide]