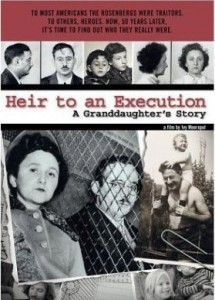 At 4 p.m. on Sunday, Jan. 23, the Philipstown Reform Synagogue and the Philipstown Depot Theatre will present a screening of Heir to an Execution, a documentary by Ivy Meeropol. The film details her journey to connect with her family, which was shattered in the wake of the trial and execution of her grandparents, Julius and Ethel Rosenberg, the couple accused of giving secret information to the Soviets.  The film investigates the legacy of the Rosenbergs and the tumultuous moment of history they lived through. Archival footage is used, along with home movies and conversations with the Rosenbergs’ sons, Michael Meeropol and Robert Meeropol, and other relatives and associates.  The film premiered at the Documentary Competition of the 2004 Sundance Film Festival; was shortlisted for an Academy Award; aired on HBO and has been screened at festivals around the world.  After the screening, a Q&A with Ms. Meeropol and her father Michael will be held. Refreshments will be provided.  Tickets are $25 each and can be purchased through the Depot Theatre box office at 845-424-3900.
Proceeds from this screening of Heir to an Execution will benefit the Philipstown Reform Synagogue (PRS) and the Philipstown Depot Theatre. PRS was founded in 2002 to investigate the practice of Judaism, both intellectually and spiritually. PRS hosts monthly services led by Rabbi Michael Rothbaum, provides religious education and offers opportunities to 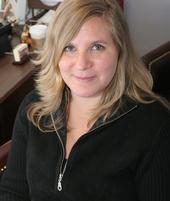 participate in social welfare activities. PRS can be found on the web at http://www.philipstownreformsynagogue.org/, or contacted at 845-265-8011 or via e-mail at [email protected]
The Philipstown Depot Theatre is co-sponsored by Philipstown Performing Arts Development Corporation (a non-profit group dedicated to promoting performing arts in Philipstown) and the Philipstown Recreation Department. To learn more about their events and membership program visit: www.philipstowndepottheatre.org .