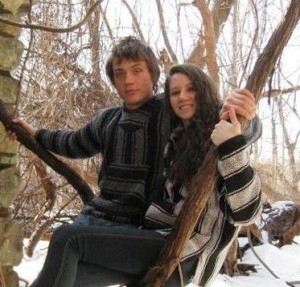 All recovering, but donations sought for long recuperation period

Four local residents were involved in a terrible car accident earlier this month in Nebraska.  The four, Joseph Darman , his son Christopher Darman and Rebecca Darman and Chris’s girlfriend Amanda Playford, all of Cold Spring, left Saturday May 7 for a three-week road trip around the United States.  Just two days later, on Monday night, May 9, in Iowa, close to the Nebraska border, the van Joe Darman had obtained for the trip was having trouble changing gears, resulting in their traveling far under the highway speed limits, and they were in the emergency lane trying to get to the next exit.  A Freightliner truck hit the van twice, rolling it, and all four were ejected from the van, which was totaled.
Chris Darman didn’t black out and so was the first to be able to move and miraculously found a flashlight in the thrown contents from the van. He found his sister and father first, got them together and then found Amanda.  He saw her compound fractured ankle so he just laid on the ground with her until emergency vehicles arrived.  Chris was taken to a community hospital and the other three were transported by Life Flight life to a hospital in Omaha, Nebraska.  When Chris was released he told a local church his story and they drove him to the hospital in Nebraska where the others were taken.
All four are back home in Cold Spring healing from fractured vertebra, broken bones, lots of road rash, cuts, contusions and trauma. As lengthy recuperation periods are involved, in particular for Amanda Playford, whom many will know or at least recognize, from her job at Foodtown, the Philipstown community is getting together to do what it can to make this extended period a little more bearable. Get well cards can be signed at the Foodtown office or C&E Paints and Hardware and The Country Goose.  Donations of DVDs, crosswords and anything else which might make the time go faster are also being gratefully accepted at each of these establishments.
Photo courtesy of the Playford and Darman families