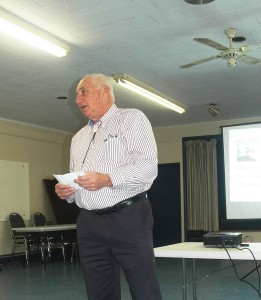 Criticism of the criticism

While expressing a willingness to discuss the issues, or at least entertain a rational outlook, Philipstown’s four volunteer fire departments reacted warily and in some cases with pointed criticism to the recent fire and emergency services study that found fault with their approaches and urged their consolidation into a single fire district. Prepared by Ron Graner, a veteran firefighter and nationally recognized expert hired by the Town of Philipstown, the report cited damaging “ego-centric department leadership” while noting the contributions of “a core group of extremely hard working and dedicated volunteers.” A former Philipstown resident who lives in Georgia and runs RFG Fire Rescue Consulting, Graner conducted several months of research funded through a New York State grant. His 119-page Fire Rescue & EMS Service Planning Report explored the local fire protection situation in exhaustive detail and also mentioned difficulties encountered in obtaining data and cooperation. The findings created a furor.
As a follow-up, the Town Board scheduled a public forum with him on next Wednesday, June 8. At the session, Graner said, he intended to explain the background to the study and give an overview of the results and recommendations. “There will also be a question and answer period after my presentation in an effort to help the community address the serious issues noted in the study,” he promised in a statement on the Philipstown.info website. The Village of Cold Spring scheduled a separate meeting for June 16 to discuss the issues raised by the report and sent Cold Spring Fire Company Number 1 (CSFC) a list of questions to consider.
Meanwhile, reactions have ricocheted around the town. “Do I think this report was a fair representation of the professionalism and commitment of the members of Cold Spring? No,” Michael Bowman, CSFC president wrote in a lengthy comment posted on Philipstown.info.  However, he advised that everyone “stop the rhetoric, acknowledge the issues, and work towards resolution.”
“Graner felt disrespected and now is taking his wrath out on the volunteers and the Town Board who is stuck with a study that could make them liable if they don’t do something,” Garrison Volunteer Fire Company (GVFC) President Jamie Copeland said May 27. “This affair may turn into a tremendous waste of time and resources unless sanity is maintained.” Officials from both the Continental Village Fire Department and the North Highlands Fire District, served by the North Highlands Fire Department,  told Philipstown.info their organizations looked forward to discussing the report with the Town Board. In Cold Spring Bowman invited members of the public with questions to attend a fire company meeting or contact the CSFC via its website: http://coldspringfd.org/.
The North Highlands fire chief and Board of Fire Commissioners “have been carefully reviewing the contents in its entirety before commenting,” said Kristin D. Van Tassel, secretary-treasurer of the fire district.  “June 8th will be the appropriate time and place for responses to occur.  The board does not feel that a response in the media is appropriate at this time as they have not yet had a chance to meet with the Town Board members.”
Along with the four fire departments, Graner’s mandate included a look at the Garrison and Philipstown Volunteer Ambulance Corps, although he stated in his report that neither EMS service provided any information. Graner defined as “the driving force” behind his scrutiny “the question `what is in the public’s best interest?'” The answer, he concluded, entails “dissolution of the current duplicative governing administrative structures of the existing agencies and the formation of a single, joint fire district,” whose administrative structure also oversees a single emergency medical service district. Graner termed a fire department merger crucial to efforts “to improve efficiency, effectiveness and safety,” both of firefighters and the public dependent on them. His report pointed to perceived problems at various levels and outlined incidents of apparent intimidation by some fire protection personnel seeking to prevent their colleagues from speaking candidly.

Although some fire department officials said they were amenable to potential improvements, they did not list consolidation among them. The Board of Directors of the Continental Village Fire Department stated May 26 that they “will be meeting with the firematic officers of our department to discuss and implement some of the positive recommendations [Graner] made.” They commented in a letter to Philipstown Supervisor Richard Shea and the Town Board and also expressed the department’s interest in meeting with town officials. John Menzie, the board chairman, informed Philipstown.info on May 28 that “Continental Village had already implemented many of the recommendations to better serve the community that were made in the report. The administrative officers have always taken the safety of our members very seriously, and have provided mandatory training and physicals for those putting themselves in harms way for our community.”
Replying to an e-mail seeking comment, Bowman said the CSFC wanted to review the report internally. A few days later, in his statement on Philipstown.info, he asked: “Is there room for improvements? Of course there are, in all areas of EMS. Is a town-wide consolidation the way to go? According to the rank and file, no.” While he acknowledged that he could not speak “for every volunteer member in Philipstown,” he wrote that “the ones I have spoken to overwhelmingly do not support town-wide consolidation.” Cold Spring firefighters “do not wish to become involved in the machinations of local politics,” he added.
At the GVFC “the volunteers are not sure the system is broken to the point that it needs a powerful, costly and central control,” said Copeland. “So we, and others, opted not to participate” in Graner’s review. “Our frustration, and we are not alone, with Graner’s study has been that his agenda from the beginning has been to recommend consolidation. Indeed, he has never recommended any other option to the communities he has served. You might say he is a `one trick pony.'” Menzie, of the Continental Village Fire Department, also criticized Graner’s approach. “Unfortunately, Ron Graner has never reached out to the leadership he has attacked in his report,” Menzie said.
Graner’s report described an incident on a winter day when he stopped by the Continental Village firehouse and met briefly with the fire chief. “The chief stated: ‘My board has not decided if they want to participate in this study and I cannot talk to you.’ I left Continental Village without ever seeing the inside of the station or any equipment,” Graner wrote. Nonetheless, “as could be seen through windows, the apparatus appeared clean and ready to respond.”
Garrison resident Joe Regele, a long-time observer of the Garrison fire company who has raised concern about its fiscal decision-making, said June 1 that he hoped Graner’s study prompts open deliberations and action. “I’ve never questioned the dedication of the volunteer firemen,” he said. “But I do question the allocation of resources in the town and would like to see that publicly debated and agreed upon,” with due attention to Graner’s suggestions.

Cold Spring Fire Company and Village Fire Department
Writing on behalf of the Village Board on May 19, Cold Spring Mayor Seth Gallagher told the Cold Spring Fire Company that “the RFG Report contains findings and recommendations regarding fire protection which require thoughtful analysis and likely action” and asked the company to attend an open meeting on June 16. He said that topics on the agenda include the applicability of state transparency (openness-in-government) laws; staffing, recruitment and retention firefighters; creation of “a welcoming and open environment in the firehouse,” and “pre-planning for incidents in areas of the village such as Main Street and the waterfront.” The letter referred both to the Cold Spring Fire Company and “the Village Fire Department” and also proposed for discussion “the relationship between the Village Board and the Fire Company and their respective roles in operation of the Village Fire Department.”
According to an April 25 memo from the village government’s law firm, Drake Loeb Heller Kennedy Gogerty Gaba & Rodd, “under Village Law Article 10 when a volunteer fire company is formed within a village a ‘village fire department’ automatically comes into being” and “the members of the volunteer fire company man the village fire department. Although served by members of the village volunteer fire company, the village fire department is governed and controlled by the village board.” Philipstown.info received a copy of the memo on May 31.
Photos by L.S. Armstrong