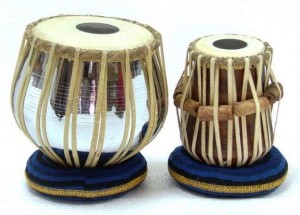 Bansuri Flute and Tabla will be the heard over the ball fields of Bear Mountain State Park as a concert of classical Indian music in the Hindustani tradition, as well as folk melodies from North India will be performed on Saturday, June 18 at 1 p.m. The concert is free of charge as part of the Trailside Summer Music Concert series.
Musicians Steve Gorn and Bill Buchen will perform ragas from the Hindustani classical music tradition as well as folk melodies from North India. This music is passed from generation to generation, from master to disciple, as a living oral tradition. It combines the classicism of traditional repertoire, fixed melodic forms, and precise intonation, with improvisation and spontaneous creation.
The bansuri bamboo flute is the simplest of all Indian melody instruments in construction, though it is one of the most difficult on which to master the complexity of classical Indian music. To Indian people, the bansuri is a celestial instrument, which immediately conjures up images of Lord Krishna. The body of the instrument is a straight tube of bamboo with a mouth hole and seven finger holes. The subtle intonation of Indian music is achieved by partially covering the finger holes.
Tabla is the most popular percussion instrument in North India, and is commonly used to accompany classical ragas. Actually two drums, the tabla provides the tala, or rhythmic structure, for the music. Each stroke has a particular sound, which combined form rhythmic patterns, which define the tala, and are elaborated in either fixed compositions or improvisation.
Parking, which is $8 per car, may be limited, so arrive early and enjoy the Zoo before the concert.  The Trailside Summer Music Concert Series is made possible in part, with funds from the Community Arts Grant program of the Arts Council of Rockland and the Decentralization program of the New York State Council on the Arts. For more information, call Trailside at 845-786-2701 ext. 265