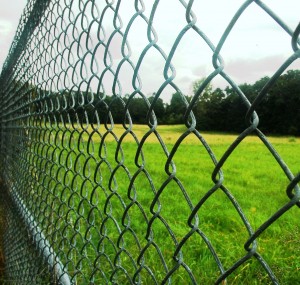 A new Environmental Protection Agency study on the former Marathon battery factory site in Cold Spring finds pollution remediation actions “protective in the short term” but calls for continued efforts to ensure long-term “protective” conditions. Prepared by Walter E. Mugdan, director of the EPA’s Region 2 Emergency and Remedial Response Division, the report is formally titled the Third Five-Year Review Report Addendum Marathon Battery Company Site.  Released July 18, the 10-page document follows up on a 2008 report, the most recent five-year analysis of the whole Marathon Superfund clean-up site. The factory dumped hazardous cadmium into the Hudson River and left volatile organic compound contamination (VOC) underground at the now-demolished plant on Kemble Avenue. From 1993-95,  the EPA led a major federal Superfund clean-up of the entire affected area — Foundry Cove, Constitution Marsh, the Hudson River near the Cold Spring dock, and the factory land. Nonetheless, a stubborn plume of pollution remained underground at the factory site, despite ongoing mitigation. According to the report, “the remedy is protective in the short-term. In order for the remedy to be protective in the long-term, the residual source and groundwater plume need to be addressed to reduce the current levels of VOCs in the groundwater plume, as envisioned by the ROD,” or Record of Decision, the EPA plan for eliminating the pollution. The report stated that a new “pilot system will be used to achieve this goal.”
The 2008 review raised concerns about potential hazardous vapor intrusion into houses on Constitution Drive. (The Marathon property forms a rough rectangle bounded by Kemble Avenue, homes on the east side of Constitution Drive, The Boulevard, and a knoll overlooking the West Point Foundry Preserve and Foundry Cove.) Subsequent tests indicated “elevated VOC concentrations beneath the slab of two residences,” the report states. Further testing of those two, plus a third house across the street, showed sub-slab VOC concentrations “below EPA’s screening levels, indicating “¦ no vapor intrusion issue at the site.” However, the report added, low levels of VOCs appeared in the air in the indoor living space of one home, though not in its basement. Thus the EPA’s requested installation of a mitigation system in that residence in September 2009. “Since the vapor mitigation system was installed as a pro-active measure,” the federal agency “requires no further follow up sampling,” the report noted. Overall, according to the report, the vapor survey discovered “no unacceptable risks in the structures over-lying the plume.”
Also in 2009, Advanced GeoServices P.C. (AGC), an engineering company, installed monitoring wells on Constitution Drive and conducted tests on the factory grounds to test groundwater and delineate, or define, how far the plume of pollution still extends. “Samples collected in August 2009 indicated that the main source of the groundwater contamination is at the location of the solvent shed formerly situated near the southwest comer of the now-demolished factory,” where the pollutant trichloroethylene (TCE), turned up, the report declares. Of the three new wells, it adds one “continues to exhibit VOC levels slightly above maximum contaminant levels while VOCs in the other two wells were not detected.” As a result of the sampling the report states, the EPA has “concluded that the boundaries of the plume have been delineated.” Consequently, “the groundwater plume needs to be addressed to reduce the levels of contamination to appropriate federal standards.” This past January, AGC proposed a method for dealing with the remaining VOCs. EPA agreed and a “work plan is currently being prepared,” the report says.
The report also sums up conditions, and threats, regarding the entire site of the Superfund clean-up, including the river. “The site is protective in the short term,” it declares. Remedial activities “currently protect human health and the environment in the short-term by controlling exposure that could result in unacceptable risks. Levels of contaminants remaining in the surface sediments and soils are protective of the environment and human health. Institutional controls restricting the consumption of crabs and the disturbance of the marsh address concerns about contaminated subsurface sediments. Institutional controls prohibiting the installation of on-site groundwater wells,” for properties on land in the affected area, “prevent the ingestion of contaminated groundwater.” Going forward, the report concludes, for remediation “to be protective in the long-term, the source located in the footprint of the solvent shed needs to be addressed” at the factory site.
Photo by L.S. Armstrong