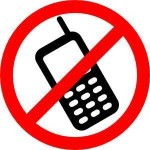 On Thursday, Aug. 4, at the Desmond-Fish Library, the Holistic Moms of Putnam County will present a talk by Deborah Kopald on “Environmental Health Hazards of the Wireless Age.”  Kopald is an environmental health and public policy advocate who has been involved in wireless issues since 1997.  The talk will address the environmental ramifications of continual use of cell phones and Wi-Fi, proximity to cell towers and continual exposure to sources of non-ionizing electromagnetic radiation (NIEMR) including cordless phones, smart meters and transients in the historical context of large scale problems like asbestos, chlorofluorocarbons, smoking, etc. Kopald will also offer “a menu of public policy solutions and concrete tips to lower personal exposures to electromagnetic radiation via judicious rearranging of home/office furniture away from EMF hot spots and by minor habit changes on device uses.”
In 1999, Kopald successfully lobbied the New York State legislature against a wireless industry-sponsored attempt to grab powers beyond those already granted to them under the 1996 Telecom Act.  In 2010 she put together a 200-page briefing book on electromagnetic pollution for elected officials and has since formally addressed New York Senate majority leaders, county and municipal governments, and political and civic organizations including Rotary clubs, parents groups and university audiences.  She is the author of a forthcoming book about the politics of electromagnetic pollution and manages an information and public policy clearinghouse http://www.wirelessrighttoknow.com/ that promotes public disclosure on transmitters and offers informational decals for governments, schools and private sector entities to post at building entrances and in general public view.
The program will take place from 6:30 to 8:30 p.m. and is open to the public.