The tenor voices of Viktor Antipenko and Luigi Boccia will fill Chapel Restoration with a selection of the world’s favorite arias and songs in a free concert at 4 p.m. on Sunday, Aug. 19. Maria Ralko and Arthur McManus, pianists, will accompany them. Antipenko performed at the Chapel Restoration last year, while Boccia returns for a third time, having performed there in 2010 and 2009. 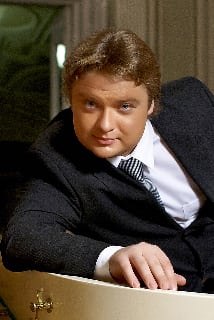 Antipenko, from St. Petersburg, Russia, is a third-year resident artist at Philadelphia’s Academy of Vocal Arts, one of the premier opera training institutes in the world. A former student of choral conducting at St. Petersburg Conservatory, he performed with the Mariinsky Opera Chorus for five years, with solo roles in Eugene Onegin, The Queen of Spades, Boris Godunov, Khovantchina, La Forza del Destino, Fidelio, Idomeneo and Benvenuto Cellini, among others.

Boccia, from Serino, Italy, is also a resident artist at the Academy of Vocal Arts. For him opera is a calling, one that came when he went with a friend to a lesson and was invited to sing. The instructor immediately told him to change careers  — he was studying for a degree in musicology  — and begin training for the opera. He made his debut in Carnegie’s Zankel Hall and was featured with the Pacific Opera Company in Weill Hall. He has also appeared with Opera Tampa, singing the role of Rinuccio in Gianni Schicchi and has performed in The Merry Widow, Il Barbiere di Siviglia and La Traviata. He has studied with renowned tenor Gianni Raimondi, star of La Scala and colleague of Maria Callas and Renata Tebaldi.

Ralko received the award for Best Accompanist at the International Chopin Piano Competition in 2010 and since 1999 has been a collaborative pianist at St. Petersburg’s Mariinsky Theatre, often under the baton of Valery Gergiev. An honors graduate of St. Petersburg Conservatory in both conducting and piano, she was musical coach for a performance of Mozart’s Requiem as well as for the chorus and soloists in Shostakovich’s Symphony No. 13, conducted by Yuri Temirkanov under the artistic direction of Mstislav Rostropovich at the Shostakovich Music Festival. 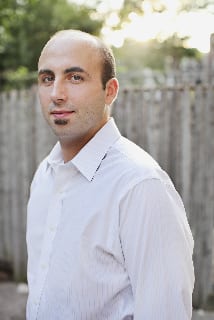 McManus has collaborated with singers for more than 20 years. He has been pianist for master classes of Licia Albanese, Martina Arroyo and Robert Merrill, and a pianist in the music department of Brandeis University. He remains active in coaching and accompanying ​singers in a wide range of repertoire.

This concert is made possible, in part, by the New York State Council on the Arts with the support of Gov. Andrew Cuomo and the State Legislature and public funds from Putnam County. These grants are managed and monitored by Putnam Arts Council. Contributions from the public are welcome.

Free parking is available on weekends at the adjacent Metro-North Station.