Beacon native Alison E. MacAvery, who is now a Dutchess County legislator in Fishkill’s District 16, happily described memories of the city’s signature mountain as “a wall of nature that magically changed through the seasons. “When the snows came, all of us kids skied.” MacAvery’s brother was a snowmaker on Mount Beacon, and she sold lift tickets. Her father worked at National Biscuit for 42 years. “Lots of kids went there for tours of the printing presses,” she recalled. “How blessed I am to have grown up here!”

Rhonda Hill Nolan, a local yoga instructor, painted a slightly different picture: “Our friends called it Bosnia! When we bought a house in Beacon in 1993 and moved from Garrison, they thought we were crazy.”

Nolan’s Beacon was a city that had been in economic decline for more than 20 years, after the Dutchess Ski area and Incline Railway closed in the 1970s, followed by many commercial businesses. On Main Street during a warm spring evening in 2013, the Beacon of MacAvery’s childhood is easier to envision than a bombed-out warzone.

The 2003 opening of the world-class Dia:Beacon in the old biscuit factory is credited by many as shaping the city’s cultural persona, although the Tallix fine art foundry and Hudson Beach Glass were established in Beacon decades earlier. The 85,000-square-foot foundry on Hanna Lane (which has since moved across the river to Rock Tavern) served renowned artists and sculptors including Roy Lichtenstein, Frank Stella and Louise Bourgeois. Hudson Beach Glass has been in business since 1987, with a glass studio on the east side and a gallery and glass-blowing demonstration studio in a restored firehouse on the west end.

In 2002, author Richard Florida coined the popular phrase “creative class,” a term that pops up a lot in reference to Beacon: “The key to economic growth lies not just in the ability to attract the creative class, but to translate that underlying advantage into creative economic outcomes in the form of new ideas.” 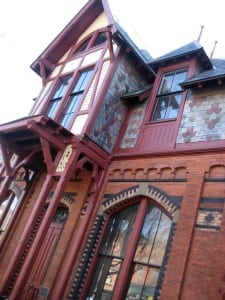 The Howland Cultural Center in Beacon (Photo by Kate Vikstrom)

“I like to describe us as a creative community, rather than a ‘class,’” said Dan Rigney, president of BeaconArts. Citing the 1852 painting by Asher Brown Durand, Beacon Hills on the Hudson River, Opposite Newburgh — Painted on the Spot, Rigney believes the area has been attracting artists for generations. “Craftspeople have been here since the beginning, from those who built their own homes, to the people who designed color dyes at the biscuit factory, to the artists ‘settling’ here today to make their work.”

2013 not only marks Beacon’s Centennial, it’s also the 10th anniversary of BeaconArts, which was established the year that Dia:Beacon arrived. Growing from an annual budget of $5,000 to $75,000 and boasting a membership of more than 200 businesses and artists, it is the leading promoter of the city as a cultural destination. The organization serves as fiscal sponsor for several projects here, including Windows on Main and Beacon Open Studios, events that can draw hundreds of visitors in one weekend.

Riverfest promises to draw a record crowd to its fourth annual festival on June 29 with a lineup of 12 bands. The event’s organizer, Stephen Clair, founded Local 845 five years ago as a presenter of music concerts of a variety of genres in venues around the city. His operations have grown to include the Beacon Music Factory, Rock Band Boot Camps for kids and adults, and seasonal In the Pines concerts at the University Settlement Camp, the next of which is Saturday, May 25.

Opportunities to see movies in Beacon dwindled when the last operational cinema closed in the 1980s, but that’s also changing. The inaugural Beacon Independent Film Festival, organized by Terry Nelson in partnership with BeaconArts and the Beacon Arts and Education Foundation, will be held at the University Settlement Camp the weekend of Sept. 13. Beacon’s ad hoc film society presents monthly screenings in various locations, most recently at Dogwood, with filmmaker Cindy Kleine and her husband, the iconic theater artist André Gregory (of My Dinner With André), in attendance. The Beacon Theatre recently hosted its second annual weekend-long Freeze Frame Film Festival.

Long before Beacon’s creative community was born, its green team was thoroughly established. Pete Seeger and friends founded the Beacon Sloop Club in 1969 to help spread the Sloop Clearwater’s environmental message. It hosts the city’s annual strawberry, corn and pumpkin outdoor festivals and recently co-presented with the Beacon Public Space Project a sold-out screening at The Beacon Theatre of Chasing Ice, an award-winning film about environmental photographer James Balog. 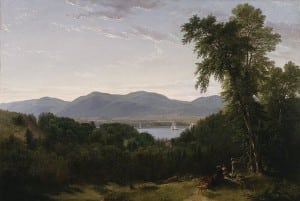 Sarah Womer represents a new generation of environmental activists. Two years ago, she started Zero to Go, a “Certified B Corps” business that provides reverse-logistics services and facilitates sustainability programs, waste-reduction and recycling.

“It’s obvious that we all need to work together,” said Womer. “There are no recycling receptacles on Main Street. After big public events, we sort the recycling from that trash, which I then transport to ReCommunity’s single-stream plant here. On May 11, we’re bringing in at least 100 volunteers for a river sweep to clean up our waterfront.”

Probably the most vivid example of timeline convergence is The Roundhouse at Beacon Falls, owned and developed by McAlpine Construction. The six-acre site along the Fishkill Creek has been transformed from a cluster of abandoned 19th-century factory buildings into an upscale, Rockwell Group-designed complex consisting of an event space, a boutique hotel, two restaurants and a cocktail bar. Next on McAlpine’s list is 1 E. Main St., across from The Roundhouse.

Daniel Weise, owner of Open Space Gallery and design studio thundercut, has personal ties to this building, which was once a hat factory and then an electric-blanket factory. Its façade has served as the gallery’s “canvas” for two Electric Windows street art installations and the Electric Projected outdoor animation and music event.

“Tallix and Dia got the ball rolling, but more recent groups and projects like Local 845, Open Studios, Beacon Comedy Research Group and Electric Windows, just as examples, showcase how the city’s residents can make a noticeable contribution to the quality of life here,” said Weise. “It is something other towns can aspire to.”

Facts pointing toward current economic growth are harder to pin down, and it will take a few years for some of the city’s newest businesses to show a return on investment. City Councilman George Mansfield has seen it before, as an artist and contractor in Williamsburg, Brooklyn, during its pioneer days of the early 1990s.

“The key to sustainable development and avoiding the pitfalls of rampant gentrification is good planning,” said Mansfield. “The City of Beacon has proactively sought to determine its future by developing an updated comprehensive plan and a subsequent review of zoning in its key areas. We are embraced by the mountain and the river and blessed by a modest and manageable housing stock, and are contained by neighboring Fishkill within a concentrated 5 square miles. Our ability to sprawl is limited.”

J.C. Calderón, an architect and founder of the Beacon Public Space Project, views the development and use of Beacon’s public property as an organic process.

“I see cities as living animals. Main streets are the spine, side streets are bones supporting the spine, and a healthy city, like a healthy body, has free-flowing veins,” said Calderón. “Instead of overwhelming people with big change, smaller experiments would gradually shift perception of how public space here can be used, particularly the middle section of Beacon, where areas just aren’t maintained.”

The first-ever TEDxLongDock will be held on June 7 at the Beacon Institute’s Center for Environmental Innovation and Education on Denning’s Point. TEDx, a division of the well-known TED conference, offers individuals or groups a way to organize their own local, independent TED-like events in their communities and around the world. Co-organized by BEAHIVE founder Scott Tillitt, the one-day event in Beacon will include a mix of panel discussions and performances. 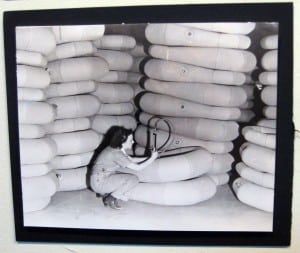 “New thinking can impact societal issues, the broad perspective we need to address the intertwined challenges we face,” said Tillitt. “We’re organizing this event as a way to connect the dots between seemingly disparate ideas and to nurture those ideas.”

Beacon Re-Imagined, organized by Centennial Committee member Jeff McHugh, is a weeklong exhibition focused on the Beacon Greenway Trails and the Mount Beacon Incline Railway Restoration. Celebrating its 50th anniversary this year, Scenic Hudson will present its plan for a citywide trail running from Fishkill Creek to the Hudson River that will “reveal hidden scenic treasures, expose forgotten pieces of Beacon’s industrial past, and link disparate parts of the city to each other.”

Through a presentation that utilizes both 3-D technology alongside archival materials, visitors can learn more about the innovative vision and design for the new incline railway facility certified by Leadership in Energy and Environmental Design (LEED), bringing Beacon’s past full circle with its future. The exhibition opens June 1 in Long Dock Park’s River Center.