The Haldane Central School Board of Education Tuesday, June 11, recognized retiring faculty and staff as well as those who were granted tenure at the board’s April 3 meeting.

Before beginning the meeting, the board observed a moment of silence for the passing of Mackey Budney.

Before breaking to celebrate, the board also honored its president, Michael Junjulas, who is stepping down at the end of the month after serving on the board for 10 years. The board showed a multimedia presentation with videos of colleagues, both past and present, talking about working with Junjulas on the board, including a comic performance by Superintendent of Schools Mark Villanti as a scout leader with an eye patch affixing merit badges onto a poster.

PLAY Haldane Co-chair Dan Hughes presented on the fundraising campaign to revamp the school’s playing field as well as the locker rooms and auditorium; as reported earlier, their efforts have surpassed the $100,000 goal. As of June 11, the organization raised $107,000, with the excess monies going toward a new building at the field for concessions, a press box, storage and restrooms. 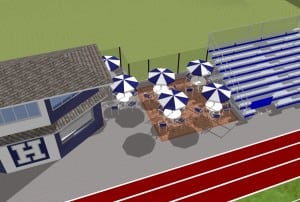 Hughes announced that ordering for the Buy-a-Brick campaign recently began. Donors can purchase engraved commemorative bricks that will create a patio between the bleachers and the concessions building. He presented bricks to three families who were supporters of the fields project and had contributed or asked others to contribute to PLAY Haldane in memory of loved ones who passed away in March this year: Sara Peparo, who graduated from Haldane in 1934; Kathyrine Thorpe, who graduated from Haldane in 1948 and worked at Haldane between 1980 and 1982; and Larry Brigati, who coached football at Haldane for 32 years.

Trustee Jon Champlin, who co-chairs PLAY Haldane with Hughes, announced that the first order received for a commemorative brick came from the family of Kristen Faust, who graduated Haldane in 1996 and died suddenly from cardiac arrest in 2006. The brick will be dedicated to her memory.

High School Principal Brian Alm explained the lengthy hiring processes he and the hiring committees underwent to fill the positions left vacant by retiring teachers, recommending candidates for the positions of French teacher — Amy Hopkin, who is dual-certified in French and Spanish — and two math teachers — Christian Hoolan and Brandon Milanovich (one has written a book on Scratch, an educational programming language, and the other has a background in chemical engineering). Another candidate, Heather Milano, was put forward as a leave replacement for guidance counselor Sautner, who will be taking a maternity leave. All were approved for appointment by the board.

Villanti noted that the school had received an informal offer to purchase the land, which voters agreed earlier this school year would help fund the fields project, but that the offer was deemed inadequate and declined. He said they believe the land to be worth up to $500,000 and that interested parties have not yet made formal offers.

The board’s summer meeting is tentatively set for Tuesday, Aug. 13, at 5 p.m. 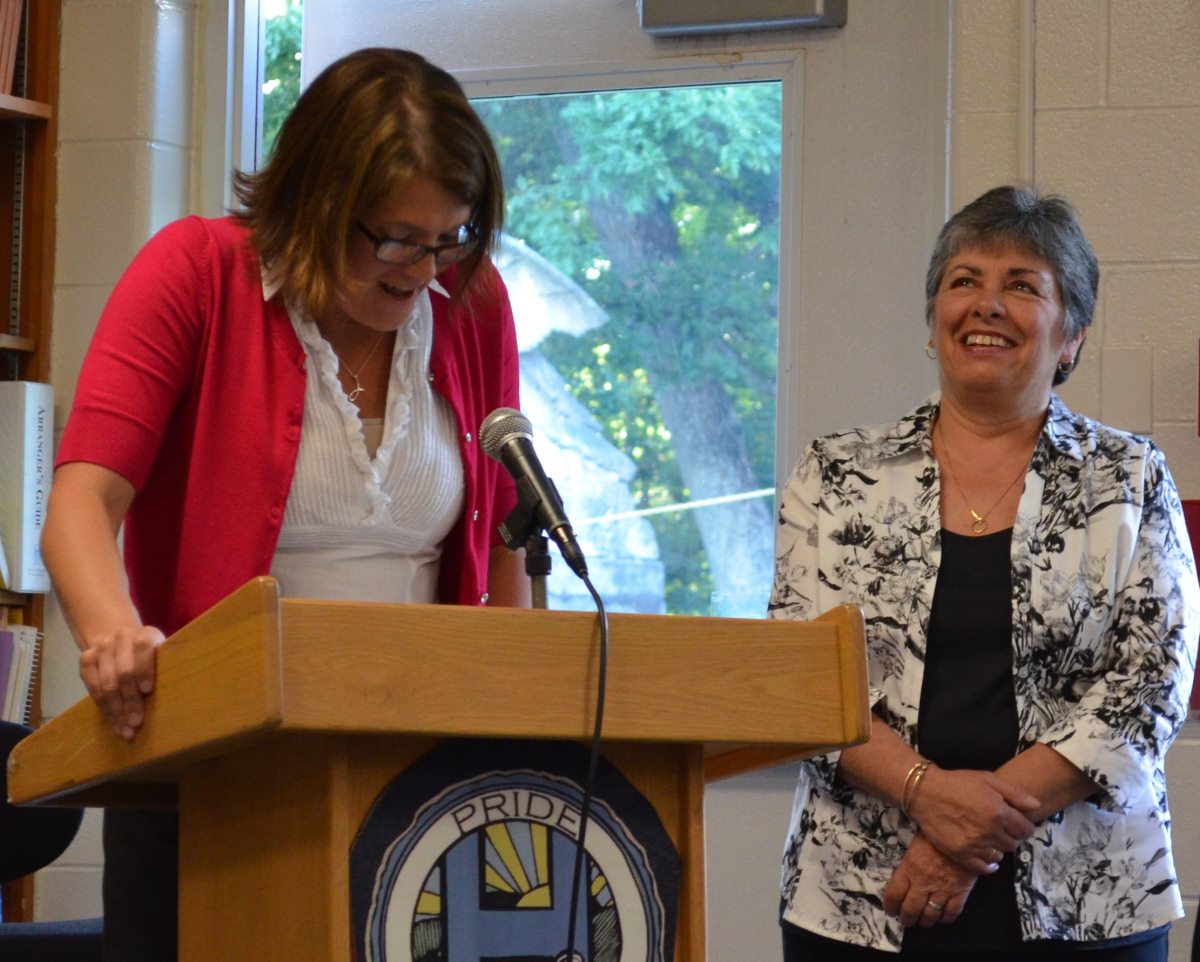 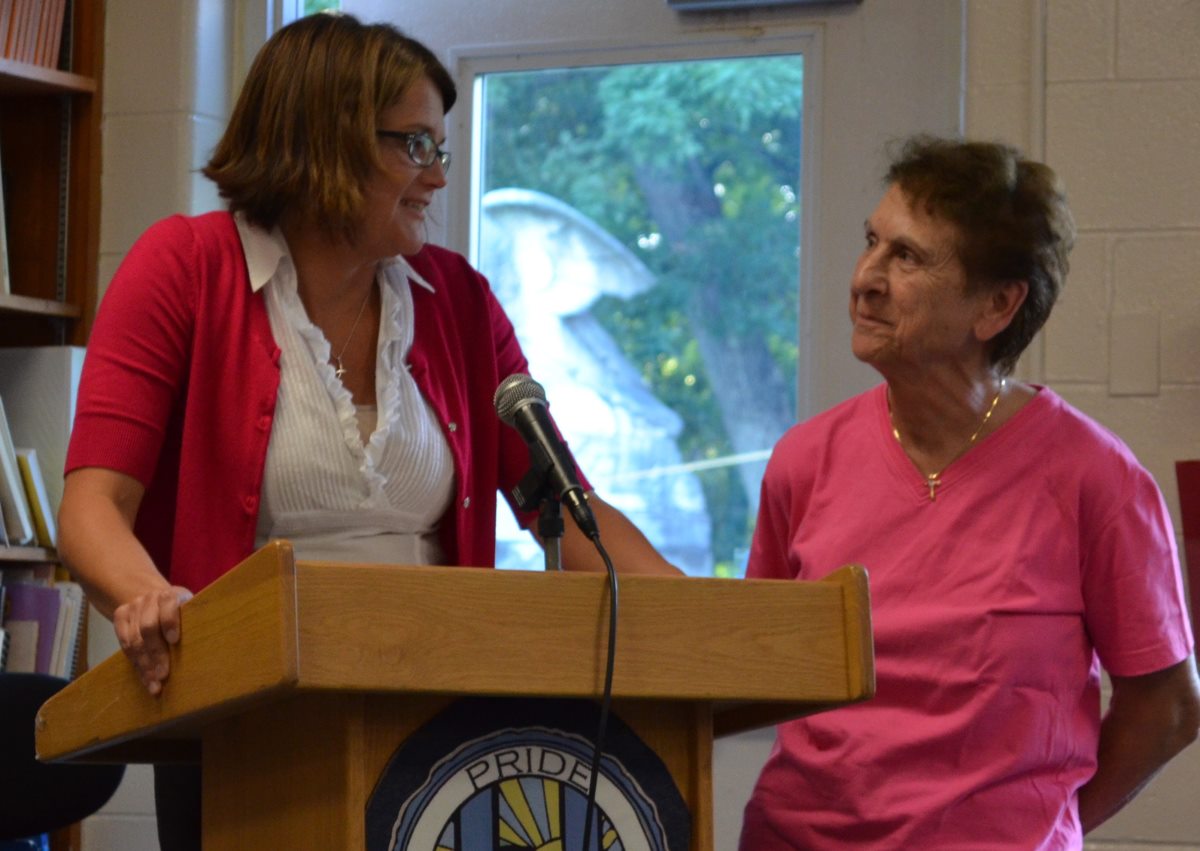 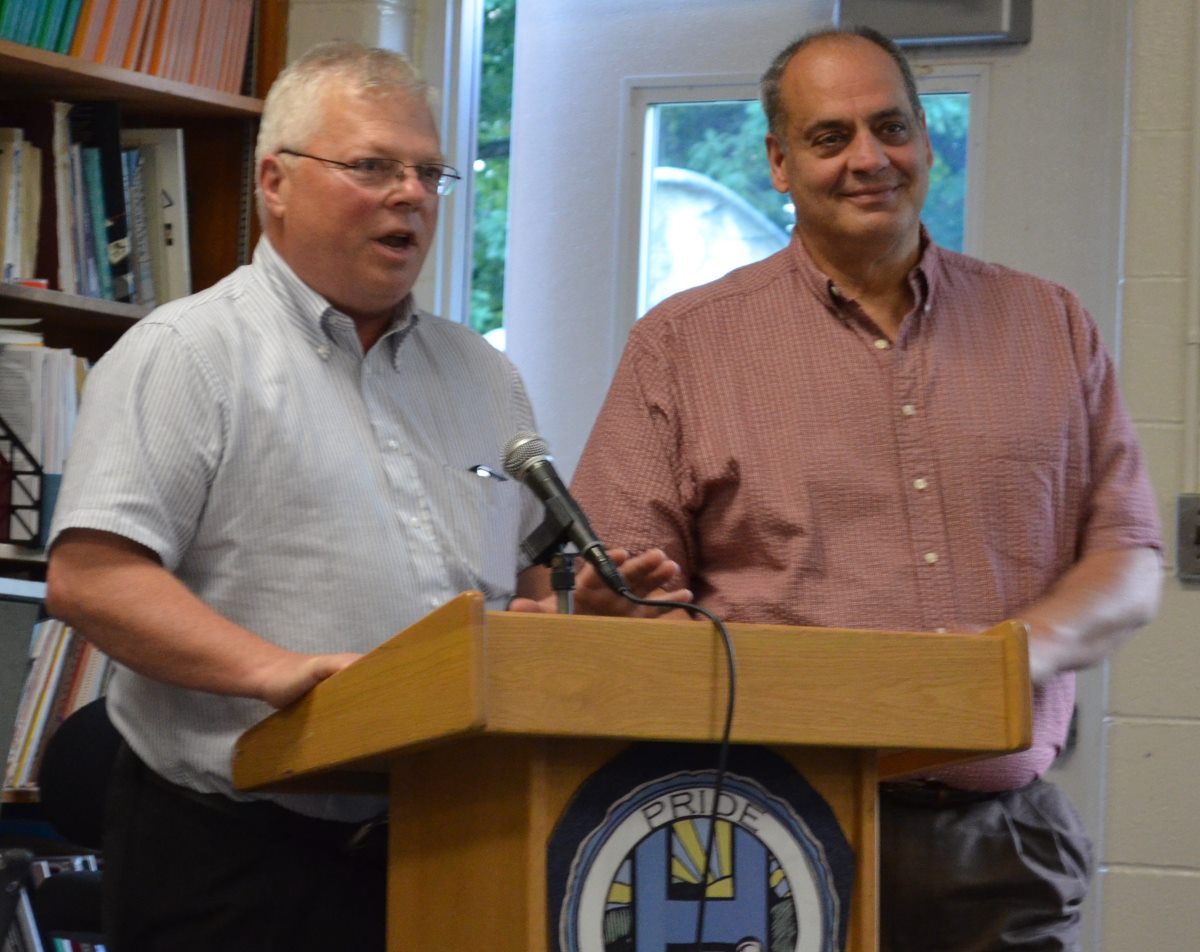 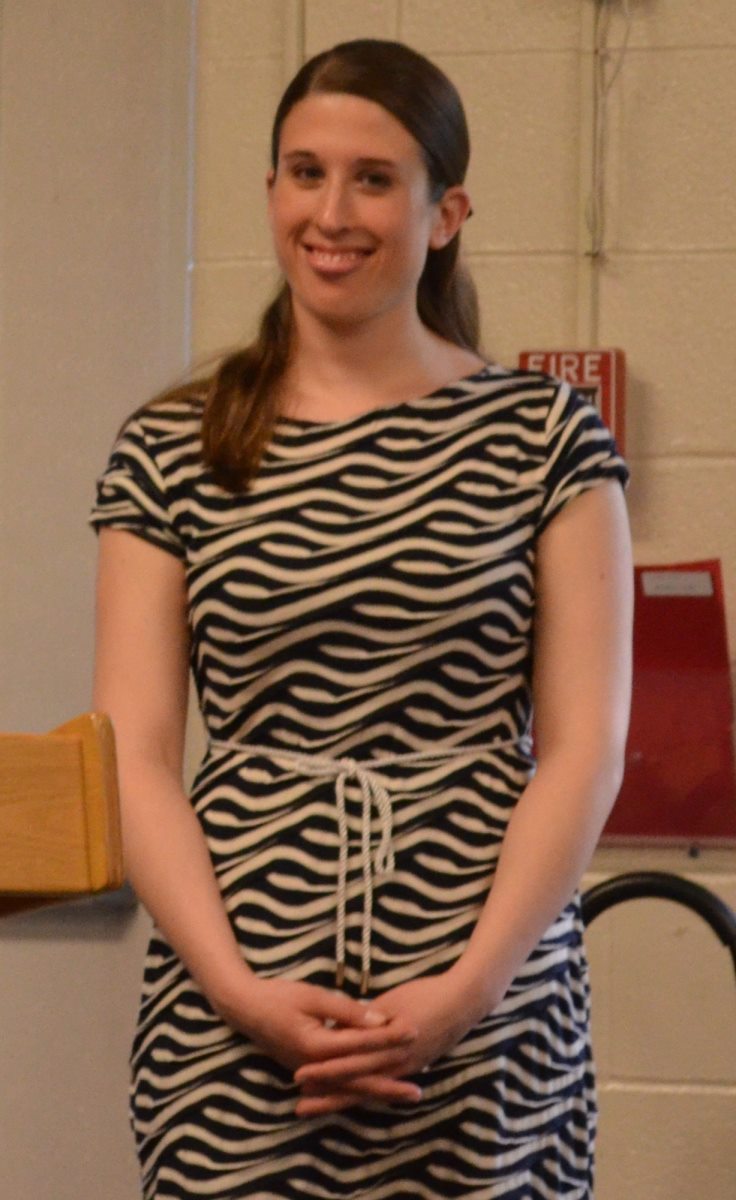 Library and media specialist Julie Hoffman was recognized by the Haldane School Board June 11 for receiving tenure in April. 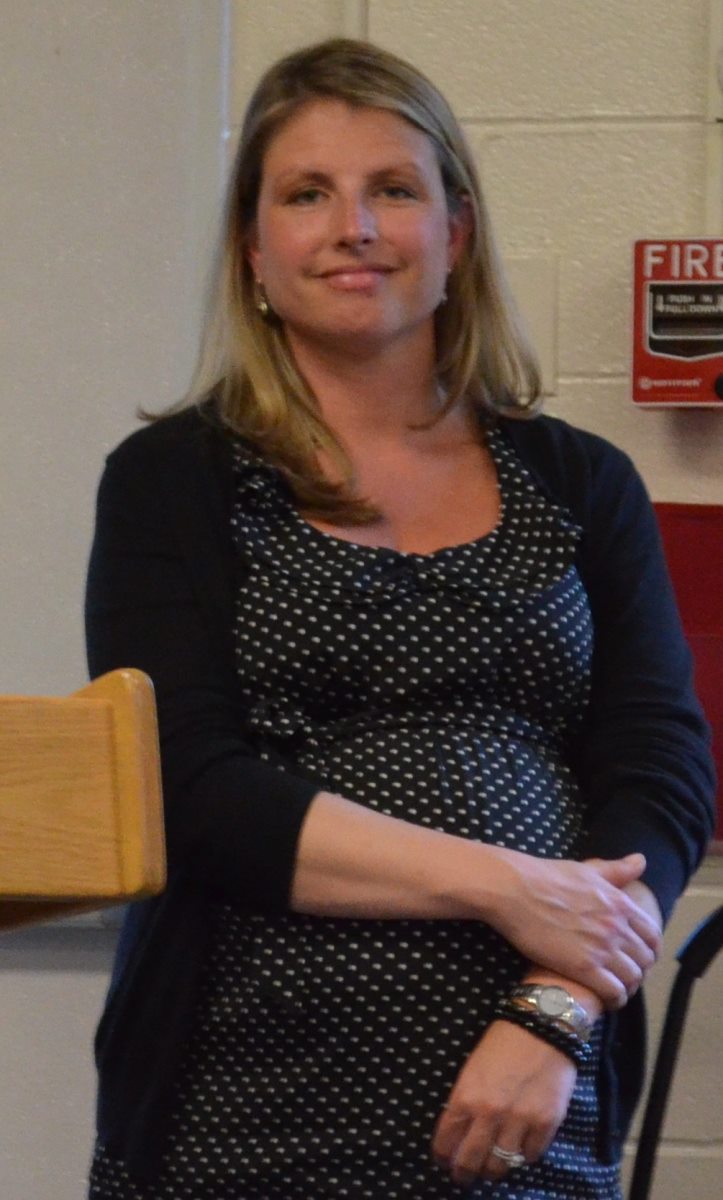 Guidance Counselor Kristen Sautner was recognized by the Haldane School Board June 11 for receiving tenure in April. 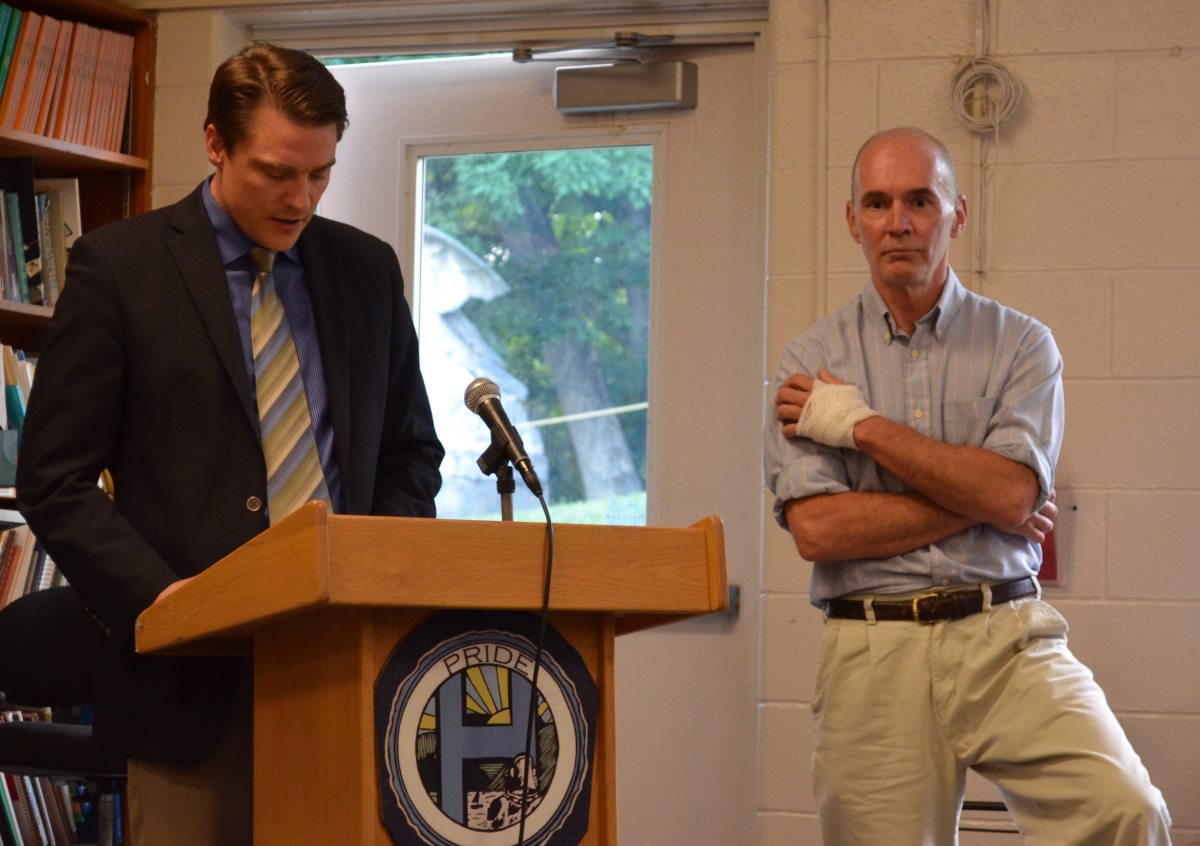 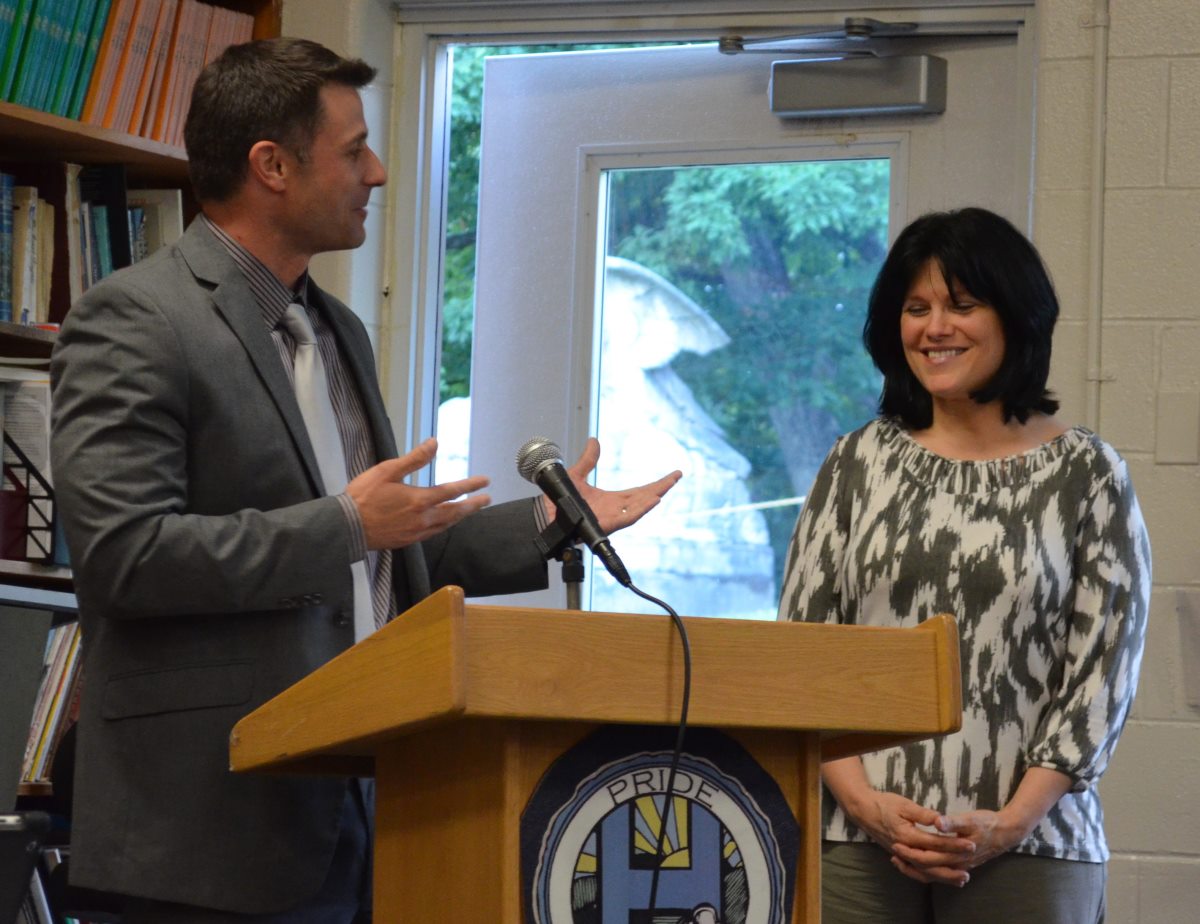