John A. Calabro Jr. of Cornwall-on-Hudson, N.Y., passed away suddenly and unexpectedly on July 9, while visiting family with his wife Angela in Anna Maria Island, Fla. He was 67. John was a colonel, United States Army; Ph.D.; and senior vice president and chief operating officer of the West Point Association of Graduates. 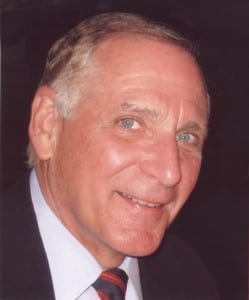 Born to John and Frances (Yonkauski) Calabro of Forest Hills, N.Y., Jan. 14, 1946, John had been a beloved resident and faithful leader in the Hudson Valley since 1978. A 1963 graduate of Xavier High School in New York City, John went on to graduate from West Point with the Class of 1968. He was commissioned into the U.S. Army, subsequently serving in Vietnam, where he was decorated for valor. Soon thereafter he was selected to join the faculty of the United States Military Academy’s Department of English. He would earn advanced degrees from Columbia University (M.A.) and the University of Virginia (Ph.D.), teach at the University of Nijmegen in The Netherlands, and rise to the rank of full professor on the West Point faculty. He became a cherished and highly esteemed mentor and teacher for thousands of cadets and fellow faculty members.

Following John’s retirement from the military, he joined the executive staff of the West Point Association of Graduates in 1998. Notably, he served for seven years as the vice president for alumni support, managing services for more than 45,000 West Point graduates and their families. In this role John was known for his sympathetic, innovative, and efficient management of the association’s support for classes, West Point societies, and individual graduates. Since 2007 John had served as second-in-command at the association, personally guiding the integrated functions of the organization and serving as the association’s secretary.

An accomplished writer, watercolorist, gourmet cook, and musician, John Calabro was also a fine athlete, maintaining a lifelong devotion to fitness. His volunteer activities included leadership in the founding of the National Purple Heart Hall of Honor in New Windsor, N.Y., and service on the Putnam History Museum’s (then known as Putnam County Historical Society) board, including tenure as its president. A ceaseless learner, John was truly a Renaissance man; in recent months he had undertaken a program to teach himself Italian. At West Point, during the years since his retirement, John continued to teach English and literature lessons as a pro bono, adjunct member of the Department of English & Philosophy faculty.

Visitations will be at Quigley Bros. Funeral Home, 337 Hudson Street, Cornwall-on-Hudson. Visitation will be from 2 to 4 and 7 to 9 p.m., Wednesday, July 17. Memorial Services at West Point, the Cadet Chapel, will begin at 10 a.m. Thursday, July 18. Visit WestPointAOG.org for complete details. To send condolences or to get directions to the funeral home, please go to quigleybros.com.

Upon hearing the news of the passing of Col. John Calabro, the Putnam History Museum shared its profound sadness on the loss of one of its former museum presidents. William Hicks, current museum president, stated: “John Calabro was a brave soldier, an esteemed educator, a loyal friend, and a good man in the best sense of the word. The museum board and staff are heartbroken and extend our condolences to John’s family and friends.”