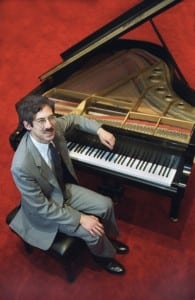 Starting in 1989, Arnowitt began a 26-year odyssey to perform the 32 Beethoven piano sonatas, matching up his age as he performs the various sonatas with Beethoven’s age as Beethoven composed them. On June 21, Arnowitt will showcase this study into the psychology of aging and development with a performance of the last three piano sonatas, Op. 109, 110 and 111.

Arnowitt has performed in Europe on multiple occasions and has appeared as guest piano soloist with the Boston Symphony Orchestra, the Kiev Chamber Orchestra and others. His most recent European tour featured performances with his ImproVisions Jazz Quartet in addition to classical solo piano concerts. Arnowitt’s life is the subject of a documentary film, Beyond 88 Keys (2004). The documentary, filmed in the U.S. and Europe, has been broadcast twice on public television and has been shown at a variety of film festivals and venues.

The Chapel Restoration, at 45 Market St. in Cold Spring, is across from the Metro-North station, where free parking is available on weekends. Concerts are made possible, in part, through the Putnam Arts Council with public funds from the New York State Council on the Arts, the support of Gov. Andrew Cuomo and the state legislature. Contributions from the public are welcome.

Photo courtesy of the Chapel Restoration