When we read or hear “teen suffers heroin overdose” and other all-too-common headlines, our default image is of a young man. It’s true — more males than females become addicted to opiates (prescription pain killers and heroin) and other drugs, including alcohol. But girls are catching up, and they are in fact the fastest growing group of addicts in this country. In 2013, 58 percent of the people who tried an illicit drug for the first time were girls.

When puberty hits, serious depression rates triple for girls, triggering experimentation with substances. Much of this has to do with fluctuation in estrogen and estrogen-like sex hormones. The highs and lows of estrogen contribute to depression, which in turn causes girls to seek relief from something chemical. Because of the estrogen cycling, girls get addicted faster and relapse sooner. 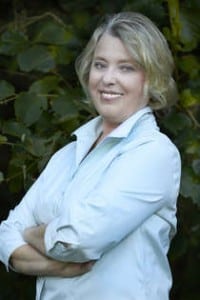 The above information was stated by Linda Dahl, author of the book Loving Our Addicted Daughters Back to Life: A Guidebook for Parents. Dahl writes that her book is the “sweet-and-sour fruit of my own experience, that of my daughter, and years of research and interviews with scientists, therapists, young women and their parents.”

Dahl conducted a roundtable talk at Butterfield Library on Monday, June 15. She touched upon a number of points dealt with in a more expansive way in her book, stopping frequently to ask attendees, who sat in a roundtable circle, if they had any questions, or if they wished to share anything with the others.

Some in the group were grappling with currently addicted daughters; all attending had experienced addiction within their immediate families at some time. Dahl’s daughter, now 25 and recovered for some time, joined the group for a good portion of the talk and responded to some of what she was hearing, remembering how she felt and acted during the height of her addiction.

Much of what Dahl spoke about, as she confirmed, applied to both genders. As she noted at the onset, “The Center for Disease Control calls addiction to opiates the No. 1 health epidemic for young people in our country and the worst public health epidemic in our nation’s history.” Reminding everyone that “addiction can happen to any kind of family, any kind of parenting style, whether you’re overprotective or too demanding,” Dahl explained that she wrote her book because she couldn’t find one like it when she was trying to help her daughter. “There’s no Consumer Reports out there for this,” she said.

Frustrated, she set out to educate herself by talking to many credentialed experts and, most of all, to parents going through or who had gone through the same thing. “I found out about gender medicine research, brain imaging. I was horrified to learn that even the basic assumptions about how personality forms in children came from studies with no girls included.

“The need in girls to form relationships with other people is based on physiology. If a girl happens to become addicted, the first thing that happens is isolation, and this is particularly damaging to the female. So, in recovery settings, that needs to be acknowledged in a fundamental way. Boys and girls share many addiction issues, but the differences are crucial.”

Dahl strongly urged those in attendance currently dealing with an addiction in the family to do all possible to get their loved ones to see an addiction medical specialist. “They characterize it as a progressive, treatable brain disease,” she said, noting that “this is a chronic disease, where relapse can happen and in fact often happens. Some of the triggers are the same for both genders, but in recovery, especially in earlier recovery, meaning the first three to five years, when an important relationship is damaged or severed, it is a trigger for girls to use again. It’s critical for girls, in particular, to be taught, in advance, what to do in these circumstances.”

Citing hormone awareness theory, and the four stages of a woman’s life in which hormonal production is different, Dahl stressed tailoring the right nutrition, stress relief, exercise and tracking one’s own body, along with trying to maintain healthy relationships and learning how to deal with letdowns in friendships and love affairs. 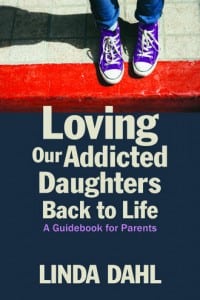 Communication with a daughter or sister is radically altered when there is addiction attached to it. Whether she is defiant or withdrawn or a combination of the two, a wall very different from the usual one between adolescent and parent goes up. Speaking from her own experience, Dahl said: “I often threatened, yelled, pleaded, cried and slammed doors. None worked, and they didn’t build an effective way for us to bridge this horrible new gap. I learned to count to 10 before opening my mouth.”

Dahl’s daughter gave her perspective: “When I was in that state, the idea of communication wasn’t feasible at all; I wasn’t capable of it. I suggest completely financially cutting [the addicted person] off. There was no telling me anything. Buy them the actual food if you’re worried about what they will live on, but don’t give them money.”

Dahl added: “I had to learn to communicate differently, because I was sick, too. I reached the point where I couldn’t tolerate being like this. I had to separate the addict from my child. I needed to do that, for me. Put the oxygen mask on yourself first — you can’t be a complete wreck … Take baby steps, start doing small things for yourself, go to a support group, even if you’re resistant to it.”

One attendee, a parent of a young adult addict, echoed this, speaking of a group she had recently attended: “I was in denial, and it was actually a relief to talk about it. I didn’t think it would be, but it was. I spoke about my daughter as ‘the addict’ for the first time. I felt comfortable in there, telling them my story.”

Contending with a daughter with addiction is exceptionally challenging, but it’s imperative to maintain some sort of control over the dynamic. Dahl stresses an ever-fluid establishment of rules: “Keep having the conversation, set new boundaries, give her options which let her know you love her, such as ‘I love spending time with you, but not when you’re high,’ but expectations change, it’s inevitable. Sometimes the best we can do is to take care of ourselves. With my daughter, at the lowest points, I wasn’t allowing her to feel the responsibility of her action by ‘saving’ her.”

Dahl said it was also important, if both parents have a relationship with the addict, that there be a “united front — because you’re dealing with constant manipulation … It’s a chronic disease and the ability to make good decisions is taken away because the brain has been hijacked.”

Above all, Dahl said, “Don’t second-guess yourself. We do the best we can with the knowledge we have.”