Local theater lovers, who might not get the chance to sample the work of contemporary playwrights showcased in New York City as much as they might like, will have an opportunity to do so in Garrison at the Depot Theatre in the coming weeks.

The Hudson Valley Shakespeare Festival, always in for some wing spreading, will offer four nights of staged readings of plays by Richard Nelson, Meg Miroshnik, Will Eno and Kate Hamill. All of these writers have received important critical appraisal and audience reception along with prizes and awards. Nelson, the best known, has a Tony award to his credit.

Paying tribute to the growing stature of HSVF and as an added incentive for those attracted to taking deeper dives into theater’s possibilities, the playwrights have all agreed to attend the readings of their work and to participate in after-performance discussions.

The readings will performed by members of the HVSF company and other actors from the New York theater scene and staged by a group of noted directors. 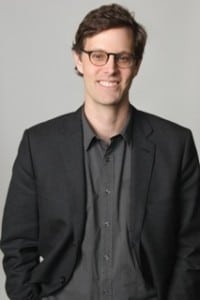 In an interview with The Paper, Davis McCallum, HVSF’s artistic director, who will also direct one of the plays, discussed how the staged readings of the contemporary works were an extension of the HSVF mission “to engage our audience in a conversation about what is essential in Shakespeare. Part of that conversation is contextualizing Shakespeare among other writing.”

McCallum briefly described how each of the plays chosen contained Shakespearean resonance of one kind or another.

The Droll by Miroshnik deals with the 17th-century Puritan revolution occurring shortly after Shakespeare’s death wherein theater companies were shuttered and charged with purveying sin. “This is about the power of theater to survive, and about Shakespeare’s language surviving when people are trying to stamp it out,” said McCallum.

Hamill’s adaption of the 19th-century novel Vanity Fair by William Thackeray celebrates storytelling and the great narrative sweep of a Shakespeare play, although through a very different lens. “This is a project that Kate and I hit upon together,” said McCallum, who noted that Hamill had a reading last year of her adaption of Jane Austen’s Sense and Sensibility with HVSF. That work went on to garner a rave critical reception in New York and will be mounted in a commercial off-Broadway production this year, according to McCallum.

Eno’s GNIT is a freewheeling adaption of 19th-century Norwegian playwright Henrik Ibsen’s Peer Gynt, which McCallum is directing himself. “Eno has a distinct sensibility; he has a very precise, playful way with language that reminds me of Shakespeare. He takes on Ibsen with an odd, refreshing, irreverent way, although very genuine.” 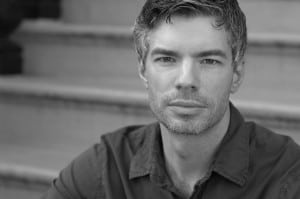 Thomas Michael Hammond, currently in HVSF’s A Winter’s
Tale, had a small part in the original production of
Nelson’s General From America. He will play the lead part of
Benedict Arnold in the upcoming reading.

Rhinebeck resident Nelson had made the biggest mark so far in American theater, and McCallum said he was thrilled to have “such a huge figure” participate. “It’s a great honor for the company.” McCallum said he was also excited because the work chosen, General From America, chronicles Benedict Arnold, the most famous (and infamous) Garrison resident from the War of Revolution days when dirt roads were actually made of dirt.

“The events of this play happened less than a mile from the Depot Theatre on Garrison’s Landing so it’s hyper-local,” said McCallum. Shakespeare’s works, of course, have many generals and many betrayals.

McCallum explained that readings involve an intense period of about 10 hours of rehearsal the night before and then the day of the performance. For the theatergoer, it is an opportunity to watch actors begin to throw themselves into a role and perhaps witness moments of inspiration, as the actor inhabits the role. “It’s an exciting way to see actors doing something different.”

In an email exchange, Hamill elaborated on what a reading, and in her case especially with HVSF, can mean for a playwright. She expressed gratitude for the Sense and Sensibility premiere last year and now for Vanity Fair. “Davis is such a wonderful champion of new work,” she said. 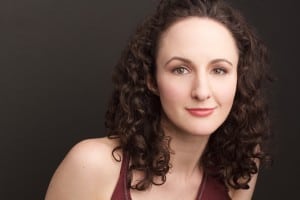 “As much as you work to craft something — and everyone works so hard: the actors, the crew, the playwright, the director — you never know how it will be received by an audience until you get it up on its feet. That’s an absolutely unknowable alchemy until you’re in the room, getting a live response; that teaches you so much about your play. This kind of reading gives you a chance not only to hear honest feedback and work out kinks before a full production, but also to find what’s working: what people love, what the director loves, what you like about your new baby. I love feeling like I’m unveiling a whole new creation: It’s nerve-wracking and wonderful,” she said.

Hamill said she could not overstate the importance of Shakespeare’s influence on her work as a playwright and an actor. He inspires me “to be bold, to embrace language’s possibilities, to shoot beyond mere naturalism towards bigger themes.”

Continuing, she wrote: “Vanity Fair, I hope, would have appealed to him; it’s got a lot of his tricks — dual parallel plotlines, meditations on the theme of ambition, unfortunate love triangles, direct audience address, some seriously imperfect characters trying to work through tricky moral dilemmas, awesome women, and some bawdy humor.”