Tribes Hill Presents: Kindred Folk is a monthly concert series featuring singer-songwriters and musicians of the Hudson Valley (and beyond), at the Embark | Peekskill performance space, every third Sunday afternoon through December 2015. This month, the concert takes place on Aug. 16 from 4:30 to 7:30 p.m. with Joe McKay, Bud Coughlin, Bev Grant and 3 Wheel Drive. 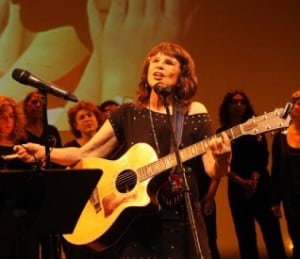 Grant is a contemporary folk veteran, a topical songwriter telling life stories that celebrate South African grandmothers on a soccer team, salute a solitary old man who just won’t leave his mountaintop in West Virginia, the trials of living above a crazy neighbor, and the personal feelings about failed relationships. (bevgrant.com)

New Jersey native McKay’s music is deeply rooted in the late ’50s and early ’60s folk revival. The music of the Kingston Trio, the Limelighters, Bob Dylan and singer-songwriter John Stewart contributed to his traditionally based storytelling style. His CD Backroad Joe was produced by singer-songwriter Terence Martin. (brjoe.com)

Coughlin studied guitar with Emil DeCosmo, a master of the jazz saxophone, and played his first bar at the age of 14, in Jersey City. He has done tech work for musicians in the ’80s (pleasantbud.com).

3 Wheel Drive consists of Iris Cohen on vocals, percussion and guitar, “Country” Al Ross on guitar and clarinet, and Pete Tamburrini on guitar, vocals and whatever else comes up. Their musical performance runs from Doc Watson’s guitar tunes to standards, contemporary covers and originals.

Embark | Peekskill is at 925 South St. in Peekskill. There is a $10 suggested donation for performances. The next show will be Sept. 20 featuring Susan Kane, Loretta Hagen, Karen Hudson River Trio and Solar Punch.