The West Point Band will conclude the Music Under the Stars concert series with its annual Labor Day Celebration on Sunday, Sept. 6, at 7:30 p.m. at Trophy Point Amphitheater. In the event of inclement weather, the concert will take place on Monday, Sept. 7.

The performance concludes with live cannon fire and a spectacular fireworks display over the Hudson River. As always, this concert is free and open to all. 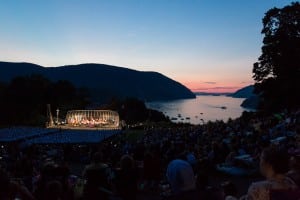 The concert band will start the celebration with works such as “Celebration” by Philip Sparke, “Shindig” by Don Gillis (transcribed by Sgt. 1st Class Michael Brown) and many others — before turning the concert over to the Benny Havens Band, who will get the crowd going with hits such as “American Saturday Night” and “Comin’ to Your City.” The performance will conclude with a display of fireworks over the concert band’s performance of the 1812 Overture.