A mosaic of monologues at the Depot

While the small town of Small Town Confessions, Phil Geoffrey Bond’s new play, is not Philipstown, the denizens, oddballs and otherwise of Anitola, Louisiana, might unintentionally call to mind a similar type or two found hereabouts simply because a variant on most of these types is found in just about every small town.

Bond’s play, which will be performed at the Depot Theatre in Garrison on March 4 and 5, is a collection of monologues by an assortment of citizenry, some upright and righteous, others unhinged. There’s Tito Watts (played by André Herzogovitch), “a down-on-his-luck drug addict who is convinced that Christ wants him to sell tickets to eternal life,” Bond explains. It’s the only character Bond will admit to cribbing from real life, or at least, “ripped from the headlines.” Then there’s Doris Kitteridge (Julie Heckert): Anywhere that there’s a congregation of people, there’s a Doris, whom “everyone has to report to. She has a burgeoning problem with alcohol, and she married up — for clout,” Bond says. 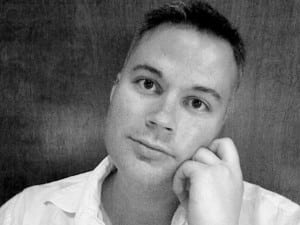 Peer up into a bedroom window and you’ll find young William Curtis Jr. III, otherwise known as Billy Curtis — the longer moniker being his “stage name” — giving attitude. Bond describes him as a “show-choir loving, full of attitude, gonna-be-famous-any-second teenager with a bitchy demeanor which he uses to deflect that he is gay.” Bryce Edwards, seen in the Depot’s On Golden Pond, performs this monologue, which starts out sassy then reveals a bit of what lies beneath the sass.

Others in the cast include Tess Dul, playing that girl who landed a exciting job — Disney television spokesperson — and couldn’t wait to move out of town but found it not all that she anticipated. Bond himself will play Roger Wilkins, a man with an active imagination whose mother has just died. His claim to fame is that he once met Diana Ross, although maybe that didn’t happen. Broadway veterans Sally Mayes and Jennifer Lee Andrews play, respectively, manicurist JoBeth Maybelline, keeper of all the town’s big secrets, and Juliet Monsignor, a “special” woman who has survived a lot in life and is turning to a “different” spiritual power. The quotation marks are courtesy of the playwright, who also describes the character as a “goofy Satanist.” 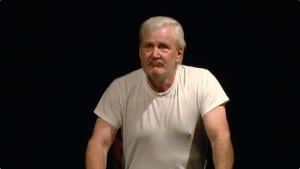 George Kimmel, playing Sam Smith, an addled conspiracy theorist, and Elizabeth Shanahan, as Betsey, a devoted housewife who once had ambitions of being a country-western singer, round out the cast.

All are directed by Donald Kimmel, whom Bond tapped after last year’s Goblin Market, which Kimmel directed. “He’s very smart, very insightful and is kind of like a therapist,” Bond says. “He doesn’t just throw it up there, he keeps digging for stuff that adds so much more texture to it.”

Bond, who spent years programming and producing shows at Manhattan’s top cabaret rooms (he still produces his long-running series, Sondheim Unplugged, monthly at 54 Below, and has for the past few years presented similarly themed evenings at the Depot), began writing the first two of the nine monologues that would become Small Town Confessions without knowing where it would take him. He regards the piece as an “Anitola tour of homes. We go from monologue to monologue visiting each person in their own environment, each with their unique outlook on the world.” 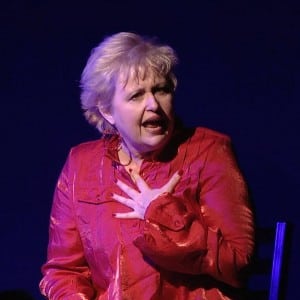 The playwright admits that he thought he was inventing characters but that “they’re all me — exaggerated — well, except for Doris. She is based on a grande dame of Columbus, Indiana.” Indiana is where Bond grew up, the deep south locale of Small Town Confessions notwithstanding. He says he has an affection for towns, and happens to be fond of the one he now calls home after relocating from New York City about five years ago. “I love it here,” he says. “It may be unusual, but I’ve encountered only nice people here. And though some disagree, I find Philipstown very diverse, in terms of a mix of incomes and kinds of people.”

The two performances of Small Town Confessions on March 4 and 5 both start at 8 p.m. Tickets are $25 and can be purchased at brownpapertickets.com. The Depot Theatre is located on Garrison’s Landing, adjacent to the Metro North station.