The band Pharaoh’s Daughter will make its Hudson Valley debut on Thursday, April 14, at the Towne Crier Café in a benefit for the Beacon Hebrew Alliance. The group’s music blends traditional Hasidic influences, Arabic rhythms and African beats. Its sound has been compared whimsically to Pink Floyd and PJ Harvey crossing paths in an Israeli cafe and taking a road trip to South Africa, joining up with Radiohead in Morocco along the way. 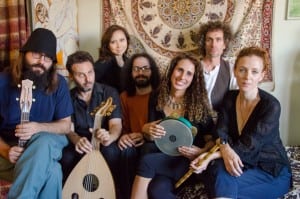