After considering five proposals from search firms who presented strategies to find a new superintendent for the Beacon City School District, the Board of Education has chosen Hazard, Young, Attea & Associates (HYA), a firm based in Illinois with offices in Jersey City.

HYA proposed a four-phase process designed to have a new superintendent in place by Jan. 1. Of the other four proposals, two were from firms based in New York state.

The board voted unanimously to select HYA during its meeting on July 18. A contract is expected to approved at its next meeting on Aug. 8.

HYA’s fee is $21,500 — the highest of the five proposals. However, board member Meredith Heuer, who reviewed all five, said she believes there might be some room to get the price down slightly.

“I know it’s expensive,” Heuer said, “but I keep thinking of the money we’ve spent in the last 10 years paying off the wrong superintendents for this district, so it’s a bargain compared to that.”

The 32-page proposal submitted by HYA spells out the process and timeline for a nationwide superintendent search, as well as touting the firm’s credentials — more than 1,000 school-related executive searches, in districts of all sizes. Bill Adams, HYA’s East Coast regional president, said that the Beacon district’s recent history (six full-time superintendents have left the job since 2006) isn’t “all that uncommon.” 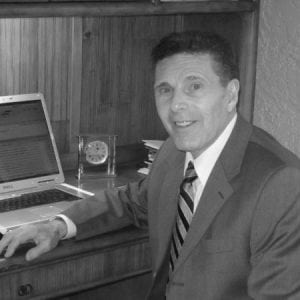 The national average for a superintendent to stay in office is just over four years, Adams said, and it’s just over two years in the country’s 35 largest urban districts.

“Today the expectation for transparency is across the board,” said Adams, who worked as a superintendent himself for more than 30 years. “Everything is out in the open. That’s good, but at the same time it puts more pressure on the leadership and increases expectations from the community.”

Once the agreement is approved, Adams said HYA will likely begin the process by interviewing each member of the Beacon school board “to find out what the individual expectations are, as well as the individual biases.”

Once summer vacation is over, the firm will gather input from teachers, PTAs/PTOs, volunteers and other groups, as well as through public forums, before advertising and recruiting for the position for 30 to 35 days. Based on its proposed timeline, candidate interviews could begin by mid-November.

If that timeline plays out, Adams said it’s realistic to believe the job could be filled by the first of the year.

“As long as we have 30 to 45 days to recruit,” he said, “we can make our challenge, which is to make the board’s job difficult by bringing them some outstanding people that we feel are a fit for the community.”

This will be the first time the Beacon school board has hired a professional search firm to find a superintendent. The Dutchess County Board of Cooperative Educational Services (BOCES) conducted the district’s search in 2011, leading to the hiring of former Fort Lee, N.J., superintendent Raymond Bandlow, who resigned less than a year later.

After Bandlow’s departure, the board enlisted Shaw, Perelson, May & Lambert, LLP, the district’s legal counsel, to find its next superintendent. That wound up being Paul Dorward, former superintendent of the Berne-Knox-Westerlo Central School District in Albany County, who also left after about a year.

Other vacancies in recent years have been filled internally or by candidates that had previously served the district in interim capacities.

On Monday, Heuer characterized the hire of a professional firm as the “transparent and more ethical” way to move forward.

“Beacon has so much to offer,” she said. “The student population is so amazing.” She added that board members must also be transparent “about what we’re doing to work well with each other.”