The presidential election has led many people to think harder than usual about the issues of the time and how to address them. For the committee members of Movies That Matter, one way is to screen films about modern touchpoints such as climate change, economic inequality, racial justice and political protest.

The films are shown on the last Friday of each month except December at the First Presbyterian Church at 50 Liberty St., followed by a discussion. The screenings begin at 7:30 p.m.

Launched in August 2015, the series is sponsored by First Presbyterian, the Beacon Independent Film Festival and the Southern Dutchess NAACP, working in collaboration with BeaconArts. The organizers hope the screenings can not only provide information on important topics but be “a catalyst for positive change.” 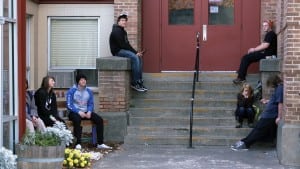 Students hanging out at Lincoln High School, from ”Paper Tigers”

On Sept. 30, the group will show Paper Tigers, a 2015 documentary filmed in a high school in Walla Walla, Washington. It explores the impact of what psychologists call Adverse Childhood Experiences on struggling teens. The film demonstrates how one caring adult can change the trajectory of a young person’s life. “We all believe that it is an extraordinarily important film for our community, both for parents and children,” said committee member Joyce Hanson.

As with all the screenings, admission is free, although donations are welcome to benefit the scholarship fund of the Beacon Recreation Department’s After School Program.

A panel discussion will follow the film with Marie Dynes of the Dutchess County Department of Community and Behavioral Health, psychotherapist Hope Turino and Danny Hairston, program director at the Boys & Girls Club of Newburgh. A representative of the Beacon City School District also has been invited. 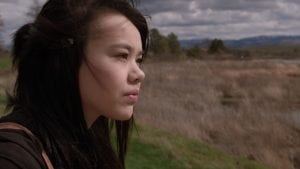 Past films in the series included In Our Son’s Name, a portrait of parents who chose reconciliation after their son died in the World Trade Center on Sept. 11. The mother, Phyllis Rodriguez, led the discussion. Others have addressed topics such as the Green Belt movement; activists known as the Yes Men who stage hoaxes to draw attention to “corporate crimes”; American Indian Movement founder Leonard Peltier, jailed since 1975 for murder; mountaintop mining in Appalachia; and an FBI sting operation in Newburgh of four Muslim men supposedly involved in a terrorist plot.

Upcoming films include Education, Inc. on Oct. 28, which examines school choice; Not My Life, on Nov. 25, which looks at the global exploitation of children; and Indian Point on Jan. 27, a film by Ivy Meeropol of Cold Spring that weighs both sides of the nuclear power debate. For more information, see moviesthatmatterbeacon.org.