She was born Feb. 17, 1945, in the Bronx, the daughter of Rudolph and Mary (Pensante) Perdus. Laraine grew up in Queens and graduated from Forest Hills High School in 1963. Early in her career, she worked as a bookkeeper in New York City before moving to Dutchess County. She became a Realtor in 1991.

Laraine had an exuberant, sparkling personality and could fill a room with laughter. She loved life and enriched the lives of everyone around her. She is survived by her many friends whom she loved and who loved her.

A Mass of Christian Burial was held Nov. 21 at St. John the Evangelist Church in Beacon, with burial at Fishkill Rural Cemetery.

Born Feb. 18, 1940, in Anasco, Puerto Rico, Victor was the son of Andre and Brenarda Rios DeJesus. He was a retired factory worker for Metronics, Inc. in Beacon.

A funeral service was held Nov. 11 at Tabernacle De Cristo in Beacon, with interment at Fishkill Rural Cemetery. 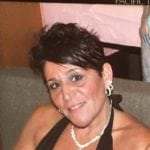 Born Nov. 2, 1963, in Poughkeepsie, she was the daughter of Daniel Joseph and Sophia (Charkalis) DiRubbio.

Elena was a recently retired corrections officer for Fishkill Correctional Facility and a former waitress and bartender at Trump National of the Hudson Valley in Stormville.

Funeral services were held Nov. 23 at Libby Funeral Home in Beacon, followed by entombment in Fishkill Rural Mausoleum. Memorial contributions may be made to St. Jude’s Children’s Research Hospital (stjude.org).

Born March 24, 1939, in South Fallsburg, she was the daughter of Chancelor Scott.

Margaret was a former bartender for the Elks Club in Beacon, and a former waitress for Di Nardi’s Restaurant in Beacon.

A funeral service was held Nov. 10 at Libby Funeral Home, followed by entombment at Fishkill Rural Cemetery Mausoleum. Memorial contributions may be made to St. Jude’s Children’s Research Hospital (stjude.org).

Born in Peekskill on Dec. 7, 1937, he was the son of Samuel L. and Martha (Barksdale) Lunsford II. Samuel was a retired metal worker for Green Fuel Economizer in Beacon. He was a U.S. Air Force Veteran who served in Korea and a member of Springfield Baptist Church.

A funeral service was held Nov. 11 at Springfield Baptist Church. Interment was private.