Kish started his senior season with a bang, setting personal records in the long jump (19-1.5) and triple jump (39-7) at the Jim Mitchell Invitational at the Armory in New York City. He finished in the top five in both events.

“Richard is one of only a handful of Section 1 jumpers who has triple-jumped over 40 feet,” noted Jim Henry, a Beacon track and field coach. 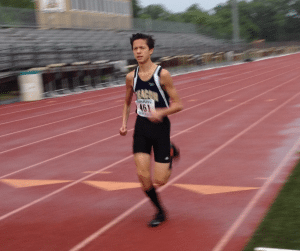 The qualification mark for the New York state championships is 43 feet, six inches, which Henry said is within Kish’s reach. The team captain finished in the top 10 in the long and triple jumps on Dec. 16 at the Tim St. Lawrence Invitational, also held at the Armory.

“Richard first got involved in track on the recommendation of a family friend,” said his father, Richard G. Kish. “The feeling was that it would be a good way to build his foundation. Track has helped him in so many ways, building his character, sportsmanship and being a part of a team.”