May is the ideal month to spot migratory birds as they return to the Highlands from their winters away. Some 74 species have been documented breeding in and around Constitution Marsh, the 270-acre wildlife sanctuary that has been managed by Audubon since 1970.

Here is a guide compiled with the assistance of Eric Lind, the marsh’s director, to several birds you are likely to see there, as well as a few others that may require more patience. The marsh’s spring benefit will be held on Sunday, May 7, from 4 to 7 p.m. at Boscobel in Garrison. Call 845-265-2601, ext. 11.

Marsh wrens are small, energetic and vocal birds that are nevertheless vulnerable because they are exclusively dependent on marshy habitats. They winter along the Gulf Coast and in Mexico. 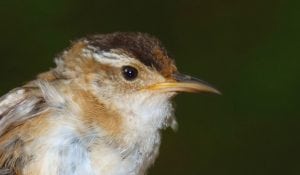 Tree swallows arrive in the Highlands by April to nest in old woodpecker holes in dead trees found along the shores of the marsh. In the past, flocks of tens of thousands of tree and other swallows would assemble in the late summer before heading south. While still common, these numbers have diminished greatly over the past 20 years, most likely due to diminished food sources and environmental contaminants. 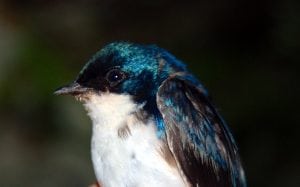 The Red-eyed Vireo spend the winter over a large portion of South America and return to the region to nest in tall trees. Researchers have discovered a red-eyed vireo that lived for more than 10 years and thus made this transcontinental trip at least 20 times over its lifespan. Like many migratory songbirds, vireos eat caterpillars and other insects but also fatten up on berries in the late summer. 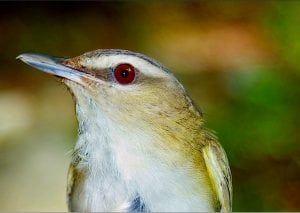 Cedar Waxwings are a good example of a more opportunistic traveler that only makes a long seasonal trip if it has to. They will migrate southward, but if it is a mild winter with plenty of lingering fruits from native trees and shrubs, they will stay in our area all year long. Like many other songbirds, they can benefit from human efforts to plant and restore native vegetation to our parks, lawns and gardens. 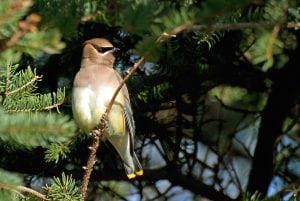 Like most marsh birds, the Least Bittern can be difficult to spot, and you may only hear their cooed vocalizations. These herons winter as far south as Central America. 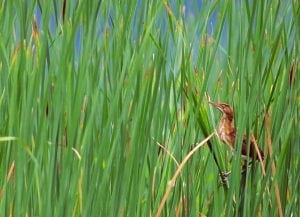 Veeries winter in South America and fly more than 100 miles each night at high altitudes to return to the Highlands. They are a type of thrush, related to robins and bluebirds, and nest in low branches or on the ground where there is a thick understory. 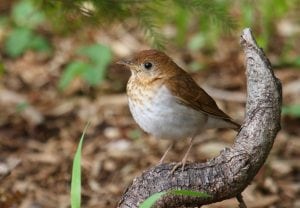 Like Tree Swallows, Louisiana Waterthrushes return in April after wintering in Central and South America and the Caribbean. They are actually not a thrush but a warbler, and are dependent on the clean, fast-moving and well-vegetated freshwater streams that course through the Highlands’ forests. They nest under fallen logs or in other openings in protected stream banks. The bird shown here has yet to develop the sleek, attractive feathers of an adult. 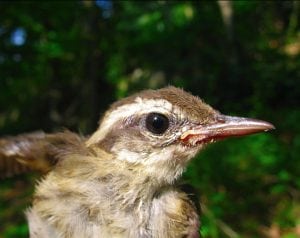 Photos courtesy Eric Lind, except the veery image, which was taken by Simon Pierre Barrette/Wikimedia