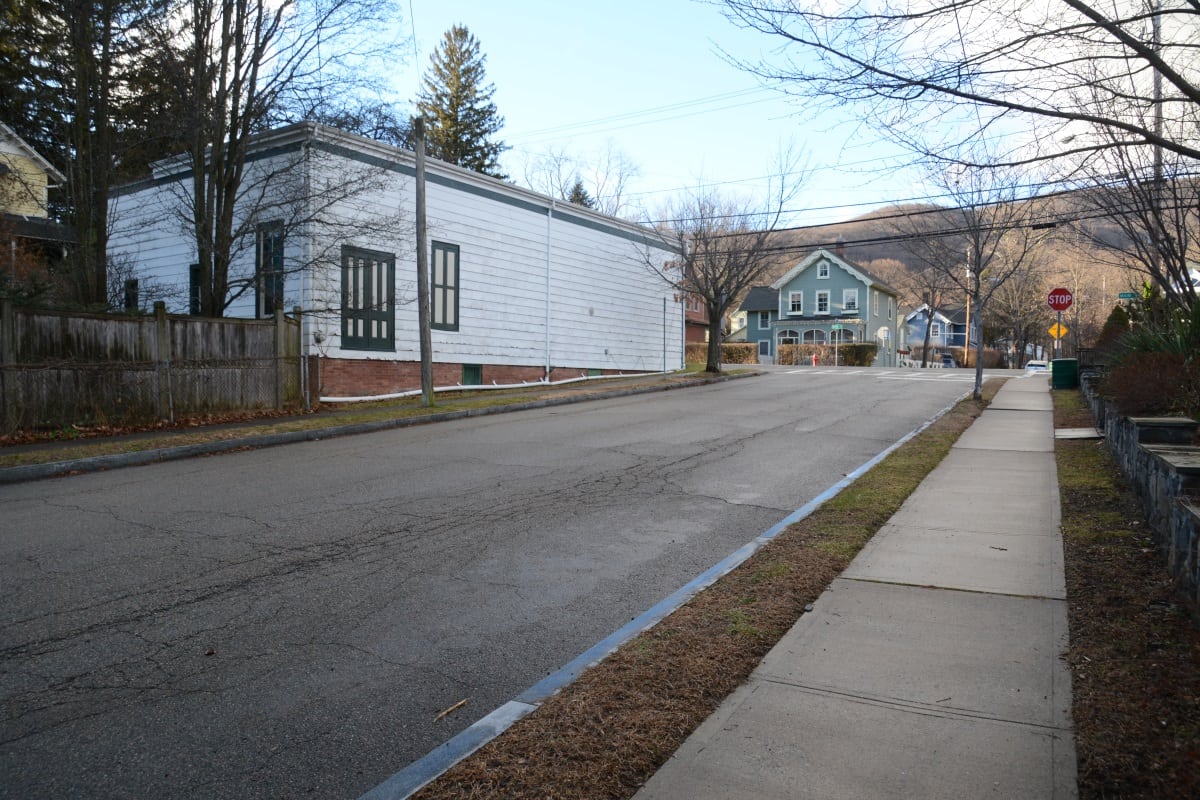 A block of Pearl Street in Nelsonville, looking toward Main (Photo by L.S. Armstrong)

The village that largely lacks sewers is being sued because of one.

The Village of Nelsonville is fighting a lawsuit brought by six residents who demand that it and Cold Spring take over a sewer line installed under Pearl Street decades ago. Exactly how many decades ago is at issue. So is whether there are one or two lines.

The residents sued Nelsonville and Cold Spring in October in Putnam County Supreme Court, asking a judge to force the villages to own and maintain the line. They also want local agencies to change any references to the pipe from “private” to “public.”

The villages have both asked the court to dismiss the case, which Nelsonville calls “frivolous.”

Although Cold Spring has a sewer system, including a treatment plant, large enough to serve its neighbor, most Nelsonville residents rely on private septic systems. The Pearl Street line is an exception: Six inches wide, it runs down Pearl, turns onto Pine and connects to the Cold Spring sewer system at Parsonage just inside the village line.

Not all Pearl Street residents are parties to the suit. The six who are — Gary and Pamela Gunther, Eileen and William Kearns, and Stephen Van Der Merwe and Carla Goldberg Van Der Merwe — allege that:

The residents argue that the case involves a case of mistaken identity. They assert that a homeowner installed the pipe in the 1930s, and that nearby properties tapped into it. (The Current found a notice in the Aug. 16, 1912, issue of the Cold Spring Recorder that “Martin Adams, George C. Nichols and Frederick Culbert [of Nelsonville] are having a line of sewer pipe laid from Pearl street to the Cold Spring sewer at Parsonage street, for the purpose of connecting their houses with the sewer.”) 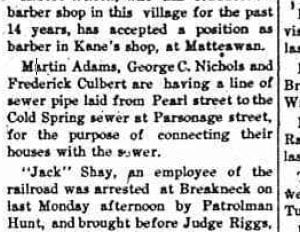 The villages regard this as a pipe dream. Instead, they point to a 1956 agreement between Nelsonville and Edward and Marguerite Bodge allowing the couple to lay a private pipe down Pearl and Pine to connect with the Cold Spring sewer. (The agreement described the pipe-laying as necessary because of “an emergency situation” with sewage on the Bodge property.)

Nelsonville made similar points in its response.