The director of the Beacon Music Factory, Stephen Clair, wears many hats, including producer, songwriter and musician. His band, Stephen Clair and the Pushbacks, will release its latest album, Push Back, on Nov. 2, with a show at the Towne Crier Café. 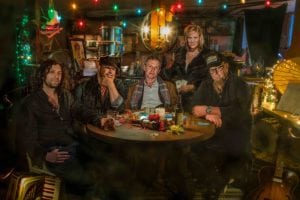 A video for the track, Take It Downtown, shot in Newburgh by Mark Westin, can be viewed below.