At this Beacon gallery, the artists run the place 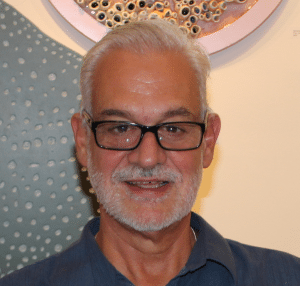 Gary Jacketti (Photo by A. Rooney)

Jacketti has been trying to shift that dynamic. Thankfully the gallery is a cooperative, and so sales are important to make artists happy but not vital to keeping the doors open. Instead, every member contributes financially and helps run the place, such as assisting with maintenance, marketing, bookkeeping, labeling, graphics and the website.

The gallery has been on the east end of Main Street for five years, after leaving a smaller space closer to Dia:Beacon. Jacketti, who teaches art for the U.S. Department of Defense, was living in Tokyo when he read a story in Art in America about the debut of Dia and soon after happened to be offered a job at West Point.

When he arrived in town, Jacketti found space at Bulldog Studios, in the former Beacon High School building.

“That was quite an endeavor,” he recalls. “Those studios never quite took flight, but it was there that I got to know so many artists and got the idea to open bau. The idea then and now is to promote art and the arts and to have a place for members to experiment and grow. We also wanted to be a platform for music and theater.” 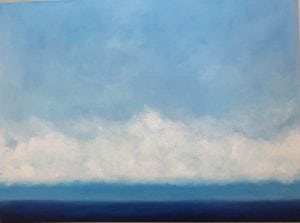 “Marry Me To The Sky II” by Richard Bruce, from Selections From the Vault (Image provided)

When it opened in January 2004, the bau collective had six members. Artists have come and gone and returned over the years. “We try to accommodate life,” Jacketti explains. “We’ve always been pro-artist, always.”

He estimates bau has had 40 members; currently it has 12. Each application is vetted by all members and a majority must approve. Once accepted, each member is given the gallery space for a month to mount a show. It can be open whenever the artist wants, as long as someone is there. The only requirement is that the gallery must be returned to the white box he or she started with. 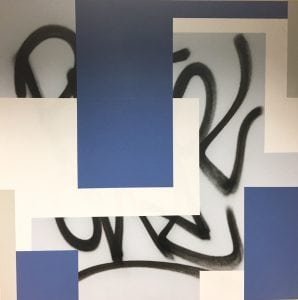 When months are allocated, each artist suddenly has a deadline, Jacketti notes, which can be “conducive to creativity, and daunting.” The focus is not on sales. “We have our fair share,” he says, “but if we were a commercial gallery we wouldn’t have lasted 14 years showing a profit each year. Bau has held 154 consecutive monthly exhibitions since we opened — not bad, right?”

Jacketti, himself an artist who specializes in figurative bronze sculpture, also owns a gallery called Beacon Art Shortwave Gallery that he opened in 2009 in the wealthy weekender enclave of Stone Harbor, New Jersey. During its season from April through Columbus Day, Jacketti displays, and sells, many works by co-op members and other Hudson Valley artists.

Now he’s bringing some of that work home to roost with a group show at bau called Selections from the Vault, which runs through Nov. 5. 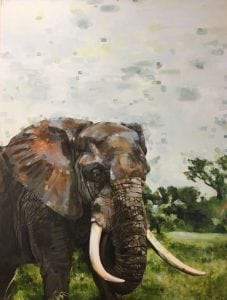 In Beacon, Jacketti observes, residents who shop for art are mostly in their 30s and starting out. They buy pieces for $300, not $3,000.

“I wish I could do the same here in the Hudson Valley as I have in New Jersey,” Jacketti says. “I wish the wealthy people of New York City would pay attention to the talent in the Hudson Valley, but the collectors have not come. We’ll see what happens in the next few years.”

bau Gallery, at 506 Main St., is open Saturday and Sunday from noon to 6 p.m. See baugallery.com.