The senior co-captain of the girls’ volleyball team has been a steady producer for the Blue Devils. For the season, Patinella has 81 kills and 51 serving points (including 36 aces) and 99 digs. 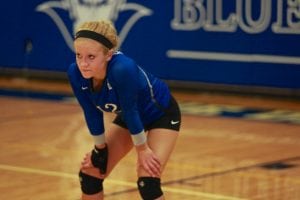 In 3-2 loss against Beacon, she had nine kills, nine aces and 12 digs. In a previous win over North Salem, she had 14 kills on 20 attempts and five aces.

“She has been doing a great job on both defense and offense,” said Coach Kelsey Flaherty. “She is a go-to hitter on the team and she keeps her teammates up with her energy and encouraging leadership.”