Decades of customer photos coming down

It’s going to look minimalist at Grey Printing in a few weeks’ time, as the thousands of photos — many of them dusty, with edges curled by time — are coming down.

What began as a fun project for Ruth Eisenhower, who worked at the shop from its founding in 1993 on Main Street in Cold Spring as Copycats through her retirement in January 2016, grew and grew as the images traveled up practically every inch of wall. 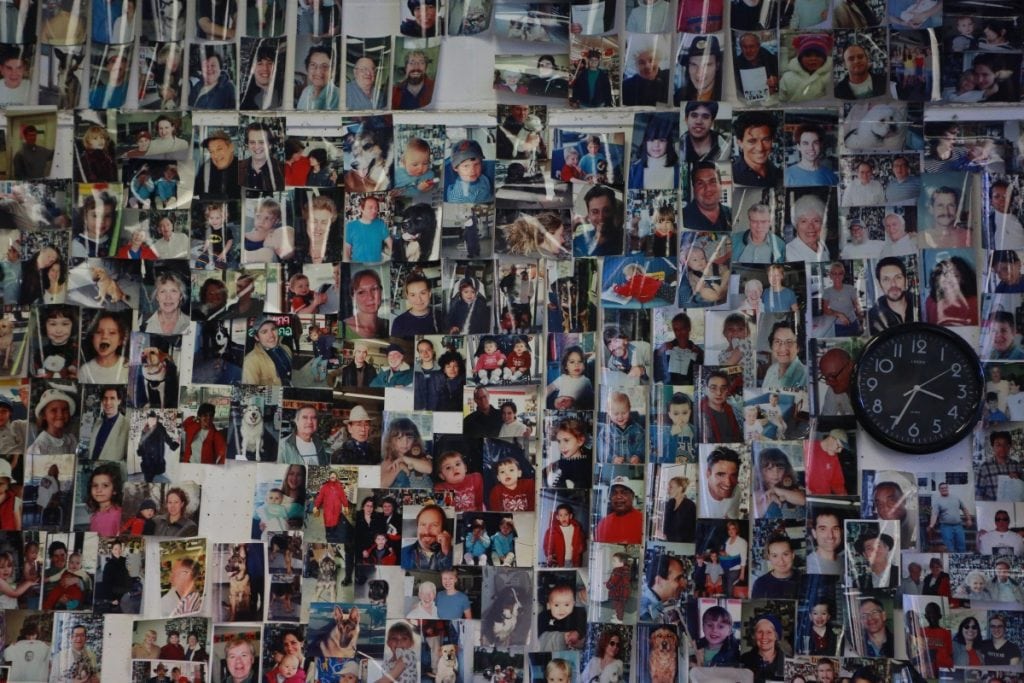 In the beginning, when the print shop was on a second floor near the Pig Hill Inn, Eisenhower lined a staircase. The shop moved down the street near the present site of Romeo and Juliet, and then, in 1998, to Chestnut Street near Foodtown.

During its tenure on Main, the collection expanded to about 1,000 images. No one has counted, but shop owner Grey Zeien estimates it now tops 3,800. 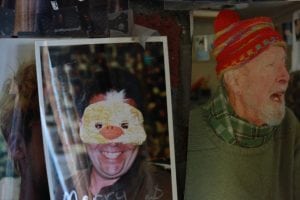 The wall includes a few masked figures and some famous faces, such as Pete Seeger, at right (Photo by Ross Corsair)

Eisenhower took her first shot after being given a high-end camera by her children. Because she was working full-time, she didn’t have time to use it. So she brought it to work and began taking photos of customers, having prints made, and hanging them. Embraced by the community, the exhibit became epic, with multiple generations enjoying a record of themselves as residents for all to see.

In the beginning, there were themes: babies, dogs, parents with children, couples, authors. As the walls filled, employees began hanging the photos from strings stretched across the width of the store. Many people have multiple images on display, from infancy to adulthood. 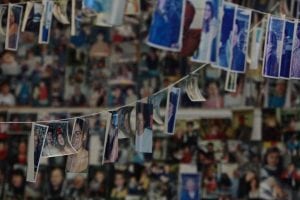 Asked if there was ever a limit placed on any one person, longtime employee Kelly Preusser says, “Nope — Leonora’s all over the place!” — referring to Leonora Burton, proprietor of Cold Spring’s The Country Goose and a frequent customer. The most famous face belongs to Pete Seeger, in his trademark red hat. Eisenhower also took photos of the staff, but those are in the back, where customers are less likely to see Zeien wearing the silly hats she knit for him. 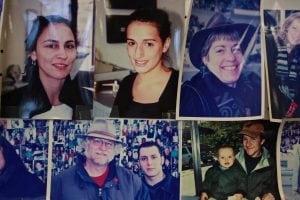 People come in all the time searching for their photos, says Preusser. “A lot of parents look for their kids, and many people also search for their dogs that have passed away,” she says. Zeien recalls a time when the state police came looking for an image of a suspect, which they found. 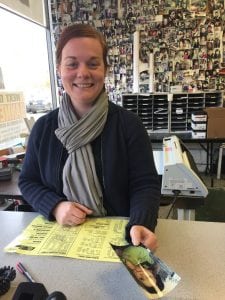 Kelly Preusser hands over a photo of Lucy Austin, now a sophomore in college, to her mom. (Photo by A. Rooney)

But all good things come to an end. Zeien says that despite the photos’ value as a record of the community, the walls haven’t been painted in decades, and many of the images are sunstruck and covered in grime. People are welcome to retrieve their photos before they come down after Thanksgiving, although they will also be available afterward in a box. Those unclaimed may be offered to the Putnam History Museum, he says.

No one is sure what will replace the montage, but I, for one, will miss looking up at the photo near the front door of a chubby-cheeked, green-jacketed toddler enjoying a lollipop, given to her, no doubt, at Bass Dry Cleaners. The images she posts from college on Instagram aren’t the same.