Stray and abandoned pets that find themselves at Putnam Humane Society are in good hands, according to the organization’s president, Michele Dugan, who on Nov. 15 updated the county legislature on its work.

According to Dugan, most animals that come to the shelter are surrendered by their owners or are strays. In 2016, the society cared for 571 dogs and cats, of which 104 were reunited with their owners and 362 were adopted or placed in foster care.

“They all get adopted,” said Dugan. “We’re a no-kill facility.” Only animals that are terminally ill and suffering, or those that are so behaviorally distraught no one can get near them, are put down. “But that hasn’t happened,” she said. 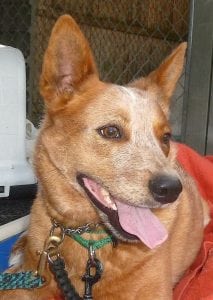 Dugan said that pet owners cannot drop dogs at the door but must make an appointment to have the animal evaluated. “We don’t have any dogs that are a threat or that are going to hurt anybody,” said Dugan.

While some pets are adopted right away, others stay for years. (Like many shelters, the Putnam Humane Society has trouble finding homes for pitbulls, which are perceived as dangerous. Of the 24 dogs listed on its website as available for adoption, 18 are pitbulls or pitbull mixes.)

“People think, ‘That’s horrible they’re living in cages,’” but that’s not the case, said Dugan. The Putnam Humane Society has 48 indoor/outdoor runs, and another 75 outdoor pens. The indoor pens have raised beds and toys, and staff leave music playing when they leave for the night. If the weather is good, the chutes stay open so the dogs can roam in and out, but in the cold weather the chutes are closed and the heat is turned on.

Dugan said that staff and volunteers constantly walk and play with the dogs. “It’s always busy with people, but we can always use more,” she said. 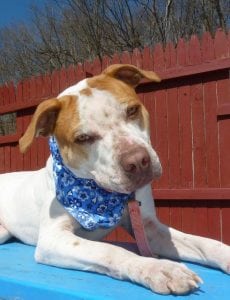 There’s also a trainer that visits the shelter each Saturday for dogs that need work on their behavior.

PHS also handles cats, and last year dealt with more than 70 feral animals through its Trap, Neuter and Return program. She said as more residents become aware of the program, they are trapping feral cats and bringing them to be spayed or neutered, which the shelter pays for. After the cats are fixed and receive a flea treatment, they have to be picked up by whomever brought them in to be released.

Although the county provides about $260,000 for the shelter annually, it has a budget of $600,000. The difference is raised through donations, Dugan said.

Ginny Nacerino (R-Patterson) thanked the Humane Society staff and volunteers. “We love our furry children and it’s just a wonderful thing that you take such good care of them,” she said.

The Putnam Humane Society is located at 68 Old Route 6 in Carmel. It is open daily from 10 a.m. to 3 p.m. For more information, visit puthumane.org.