Representatives in Carmel, Beacon sworn in

In keeping with the practice of rotating the leadership of the Putnam County Legislature, a new chairperson was named Tuesday (Jan. 2) during the board’s organizational meeting at the Historic Courthouse in Carmel.

Joseph Castellano (R-Southeast) took the reins after serving as deputy chairman in 2016 and 2017 under Ginny Nacerino (R-Patterson).

Castellano is in his sixth year on the Legislature. Previously, he served on the Southeast Zoning Board of Appeals. His appointment was unanimous.

Barbara Scuccimarra (R-Philipstown) was appointed to serve as a representative on the Region 3 Forest Practice Board, the Putnam County Soil and Water Conservation District Board, the Board of Health, and the Agricultural and Farmls and Protection Board. 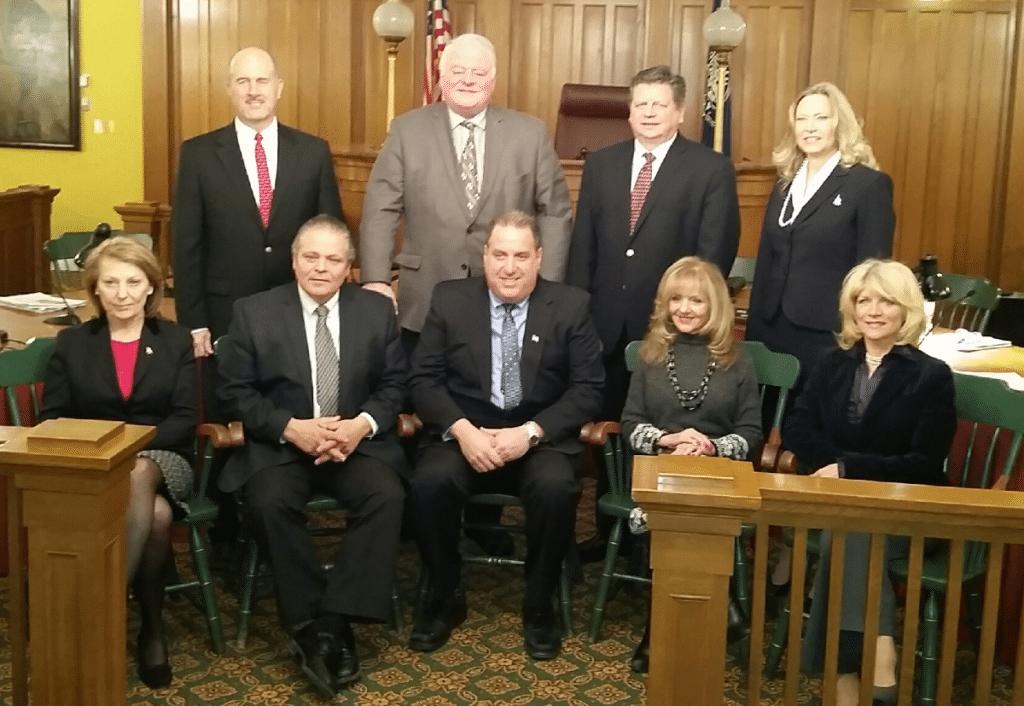 Putnam County Sheriff Robert Langley Jr. took the oath of office during a swearing-in ceremony Dec. 29 at the Historic Courthouse in Carmel. He was joined by his wife, Lydia, who is seen below holding a Bible resting on a dish that came from Jerusalem. Langley was sworn in by Christi Acker, who in November was elected New York State Supreme Court justice in the Ninth Judicial District, representing Putnam, Dutchess, Westchester, Orange and Rockland counties. (Photo by H. Crocco) 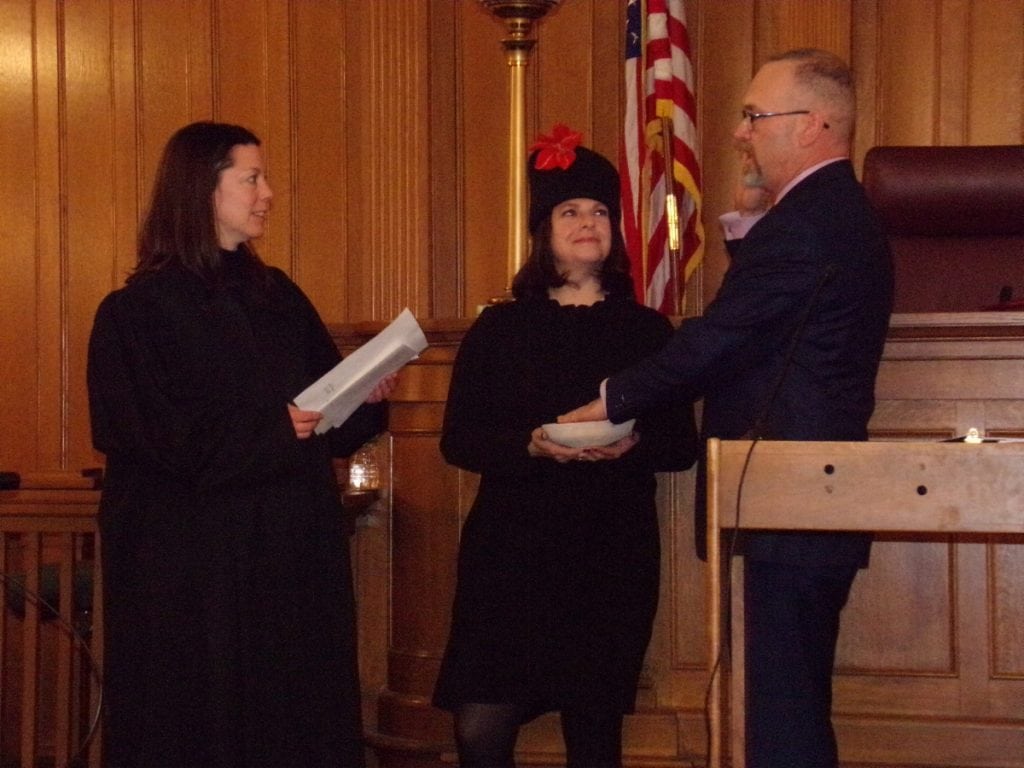 The new Beacon City Council and Beacon-area county legislators were sworn in on Jan. 1. 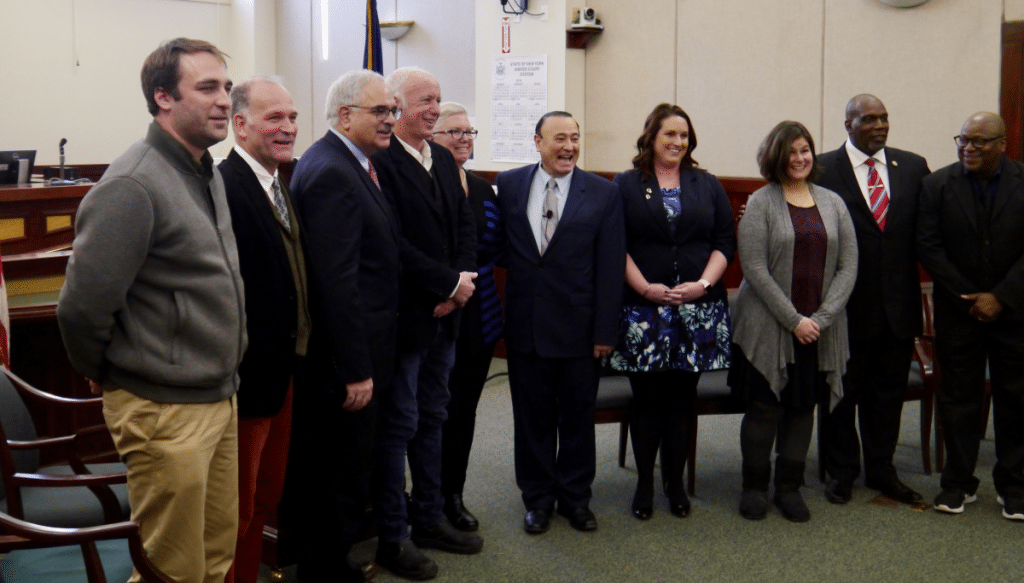