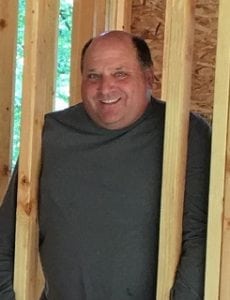 Glenn owned and operated Glenn Baumler Builders. Outside of his love for carpentry, Glenn found joy in being sarcastic, quoting classic movies, cycling, finding new lakes for his powerboat, and sailing “Boom” around the Hudson River and Fishers Island Sound.

Besides his father and his wife of 33 years, he is survived by his daughters, Amanda Baumler and Jennifer Baumler, and his brothers-in-law Michael Shelley, Richard Shelley and James Shelley.

A gathering will be held on Thursday, Feb. 8, from 4 to 6:30 p.m. at Clinton Funeral Home, 21 Parrott St. in Cold Spring, followed by a funeral service at 6:30 p.m. at the funeral home. Memorial donations may be made to the Franciscan Friars of Atonement at Graymor (atonementfriars.org).