Elaine was born April 28, 1959, in Schenectady, the daughter of Edward and Natalie (Barbara) Hakey. She was a veteran of the U.S. Army. On March 31, 1986, she married Christopher Curtin, who survives at home.

Elaine worked at the Veterans Administration at Castle Point for more than 30 years before retiring. She was an animal lover and animal rescuer.

In addition to her husband, Elaine is survived by her brother, Eddie Hakey. Funeral services were private. Memorial donations may be made to Animal Rescue Foundation (arfbeacon.org) or the VA Hudson Valley Health Care System’s Homeless Veterans Program (hudsonvalley.va.gov/giving) 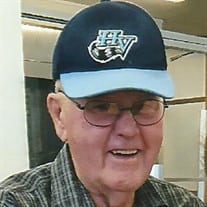 Albert F. “Sonny” Fonteneou, 83, of Beacon, died March 7, 2018, at The Grand at River Valley in Poughkeepsie with his family at his side.

On Sept. 3, 1955 Sonny married Ada DiMattia. He worked as a carpenter with Local 323 in Beacon and was a 50-year member of Lewis Tompkins Hose Co. in Beacon. He also was an avid hunter and fisher who enjoyed hunting in Roscoe and fishing on Lake George.

Sonny had a fifth-wheel camper that he loved to take his wife, daughters and grandchildren traveling and camping in. Sonny had season tickets to the Hudson Valley Renegades and brought his grandchildren to many games over the years. Sonny also enjoyed going to the Bagel Shoppe in Fishkill to see his friends.

A Mass of Christian Burial was held March 10 at St. John’s Church in Beacon. Memorial donations may be made to the Alzheimer’s Association (alz.org).

Born Aug. 5, 1923 in Newburgh, he was the son of Joseph and Alphonsa (Segreti) Maniscalco. He served in the U.S. Navy from 1943 to 1946 and was an elementary school teacher in the Peekskill City School District for 23 years. Upon retiring he moved to Las Vegas, where he lived for 20 years before returning to this area. He married Louise Ciminaro, who died before him. His five siblings also died before him.

Thomas is survived by his son, Thomas J. Maniscalco, and his niece, Frances (Maraday) Rivera.

Family and friends will gather on Friday, March 16, from 7 to 8 p.m. at the Libby Funeral Home, 55 Teller Ave., in Beacon, where a memorial service will be held at 8 p.m. Interment will be private. Memorial donations to the Alzheimer’s Association (alz.org).