It’s been said that farming is a profession where the days are measured in acres, not hours. But when disaster strikes, a season can be ruined — or saved — in a matter of hours.

“Say you have a barn fire,” explains Stacy Dedring, a third-generation farmer who works at Fishkill Farms. “You get all your animals out, but all of their feed is gone. It’s going to take a while for the insurance companies to process things, but you need to feed the animals right now.” 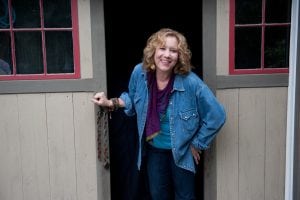 Creating an emergency bridge-loan fund for farmers in crisis is the idea behind Rootstock, a music festival that Dedring created with Sara Milonovich, a second-generation farmer. It will address smaller-scale disasters rather than large storms where thousands are affected and there is a coordinated response.

After an inaugural run in 2016 at the Towne Crier Cafe in Beacon, the 2018 festival will take place from noon to 8 p.m. on Saturday, May 12, at Long Dock Park in Beacon. It will feature Sloan Wainwright, Daisycutter, Twisted Pine and Jacob Bernz. 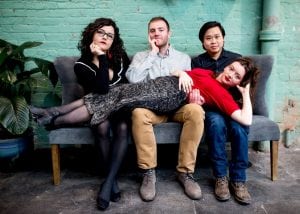 During a backyard gathering of farmers a few years ago, the discussion turned to the hardships created by the one-two punch of Hurricanes Irene and Lee in 2011. Milonovich and Dedring are both involved in independent music (Milonovich is the fiddler for Daisycutter and Dedring managed a punk record label and organized festivals in New York City), and realized it had a lot in common with independent farming.

“Farming itself is kind of an anarchist punk act,” says Dedring. “It flies in the face of conventional farming.”

Women on the Farm

Stacy Dedring says she is encouraged to see more women becoming farmers, despite the economic hardships. “There’s a general trend of women being pushed toward lower-paying jobs, and women tend to fill a void in lower-paying jobs that have some art and soul to them,” she says. “But there is this opportunity for women today to step in, take control and get in touch with our roots.”

Support from emergency funds will become even more crucial in the future as the climate continues to change in unexpected ways. “Ask any farmer, regardless of his or her political affiliation, if the weather is less predictable than it was 20 or 30 years ago, and the answer is always yes,” Milonovich says.

The festival’s four musical acts were chosen for their connection not only to the Hudson Valley but to the agricultural and sustainable food movement. 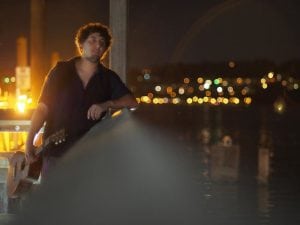 Sloan Wainwright was an early part of the sustainable food movement in Westchester County. Twisted Pine is from Boston but their fiddler has Newburgh roots. And it’s hard to imagine Beacon’s folk scene without Jacob Bernz. “If you want to know who here is following in Pete Seeger’s footsteps,” says Milonovich, “he’s the guy.”