Giorgio Spanu of Garrison was named a knight in the Order of Merit of the Italian Republic on June 2 by the Italian ambassador to the U.S., Armando Varricchio, in a ceremony aboard the frigate Alpino at Pier 88 in New York City. Spanu is the co-founder of Magazzino Italian Art in Philipstown. The Order of Merit was established in 1951 by the then-president of Italy to honor contributions to the arts and philanthropy, among other activities. 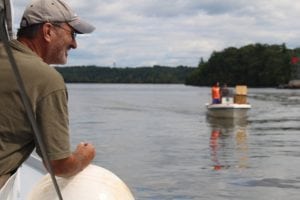 John Libscomb, patrol boat captain for Riverkeeper, was honored by the nonprofit Mohonk Consultations on June 10 with its Distinguished Achievement Award. For the last 17 years, Lipscomb has patrolled the Hudson River from April to December between New York Harbor and Troy to monitor tributary streams, waterfront facilities and pollution levels.

Erik Schauffler, a Garrison student who is a junior at Putnam-Westchester BOCES’ Environmental Science Career Academy, won the climbing competition and a $1,500 scholarship during a four-day class camping trip to Paul Smith’s College in the Adirondacks. The event included 54 students from 18 high schools. The trip was paid for by firewood sales.

The Putnam County Chamber of Commerce recognized 36 women with Trailblazer Awards in a ceremony on June 12, including Tara Caroll, co-owner of Old Souls and Barber & Brew in Cold Spring; Katie Liberman, managing director of the Hudson Valley Shakespeare Festival; and Jennifer Zwarich of BlackDashStudio. 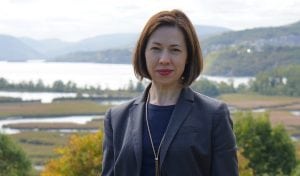 Boscobel’s board of directors has appointed Jennifer Carlquist as the site’s executive director. She succeeds Steven Miller. Carlquist joined Boscobel as curator in 2015.

An arrangement by composer Joseph Bertolozzi of Beacon of his Tower Music for percussion quintet has been awarded a New Music USA Project Grant. The work features 82 percussion instruments played by five performers. The grant covers expenses in the extraction of parts from the full score so each member of the ensemble will be able to read his or her part on a tablet computer.