Beacon teacher has learned to read her music students

There is always a chance of victory, just around the corner, when learning the piano.

“A victory can be a technical skill, but it can also be reaching inside to find an emotional depth,” she explains. “It’s about finding the stories in the piece, making them come alive, and finding the adventure behind the music, not just seeing those black and white keys. It’s about coming to understand what it’s like to be more human and also to be in control of the sound.”

Because her students come for weekly lessons, Terrell gets to know them well. She calls their time together “piano confessional.”

“From the moment they open their mouths to say ‘Hi,’ I can figure out what mood they’re in,” she says. “For nine out of 10 of them, if a kid comes in grumpy, they leave in a different headspace.” She reminds them they are not at school: “There’s no testing and grading here, and it’s all for them, not for me, not for their parents.” 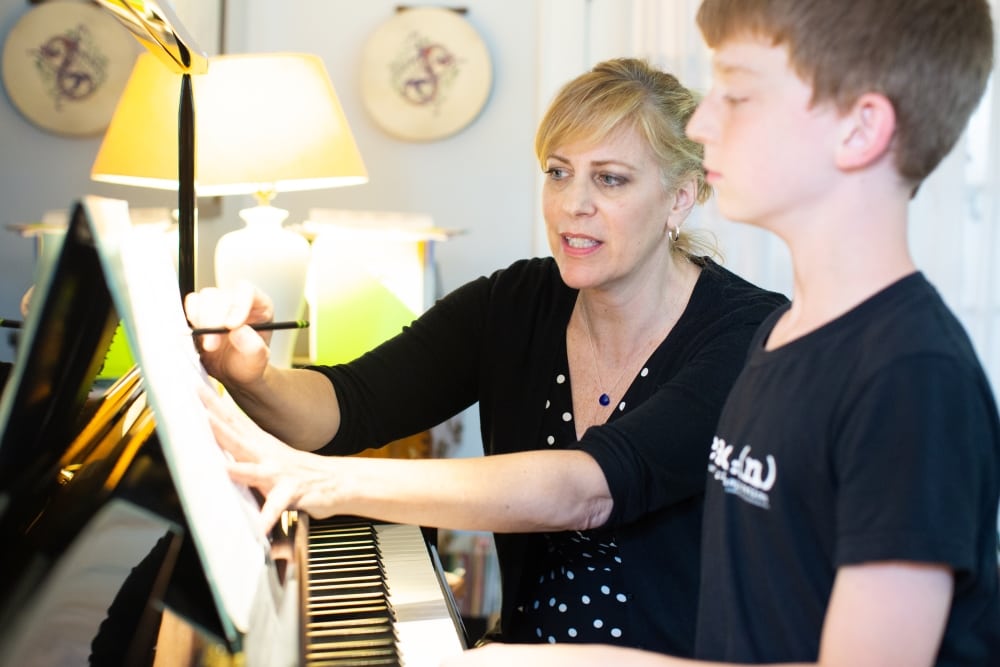 Sarah Terrell working with one of her students, August Wright (Photo by Meredith Heuer)

Terrell’s students range in age from preschool to adult. Most are at what she calls the optimal age for starting: kindergarten through second grade.

Among older students who have started playing video games, she says the practice required to master the piano can be frustrating.

“They generally can move to the next level [of a video game] quickly,” she says. “That’s how the games are designed. In piano, it doesn’t happen that fast. But frustration is part of learning. I emphasize to them that a bad week doesn’t mean it’s over.” She may have them work on a different piece, or break down the one the student is struggling with. She says her message is: “It’s hard right now, but if we stick with it, the payoff will be great.”

Terrell grew up in Kansas as the granddaughter of a piano teacher. She learned to play as a child, switched to dance, and realized she missed the piano. She majored in voice and minored in piano at the University of Kansas. After moving to New York City, she earned a master’s degree in educational theater from New York University.

Tired of hauling a stroller up to a fourth-floor walk-up, Terrell and her husband and young daughter moved to Beacon in 2006. When her marriage ended and her job as education director of the Paramount in Peekskill was eliminated, she found herself at a crossroads. 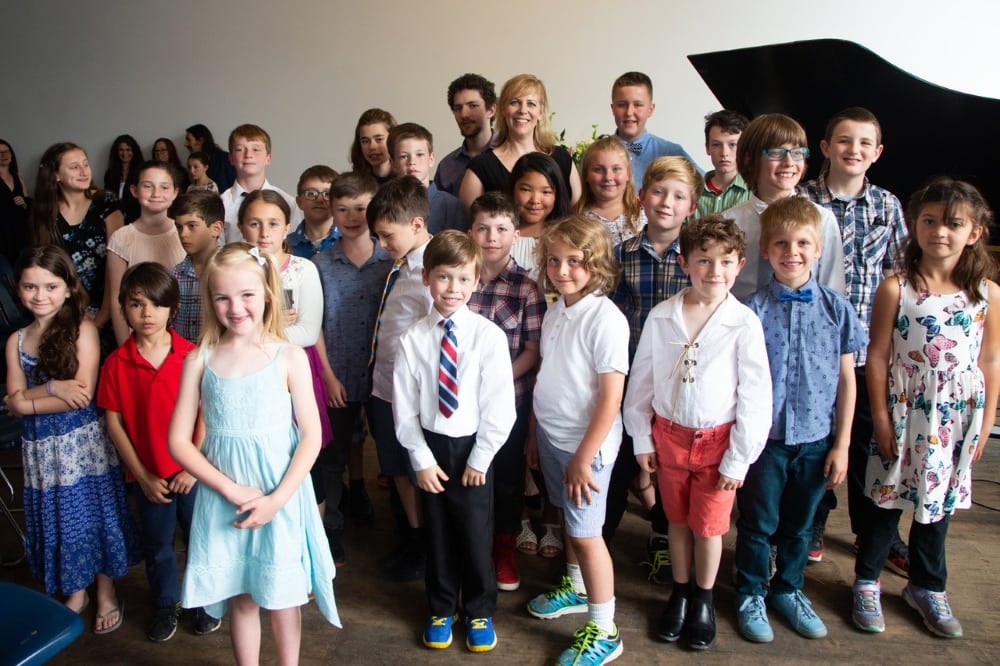 “I thought of piano and how much I like to teach, but I was concerned about how I was going to run a business,” she recalls. But her reputation as a music teacher spread and “eight years later, here I am.”

Lessons range from 30 minutes for younger students to an hour for young adults and adults. A minimum of four 30-minute lessons is required over the summer, “in order not to backslide,” she says.

By middle school, most students have figured out “if they want to go the jazz or classical route,” says Terrell, who refers those who prefer jazz to other teachers. “It’s wonderful when middle schoolers play on their own. It’s all part of waiting to get students to the point where they don’t need us. My hope is that they play for the rest of their lives, and that they eventually play for themselves.”

At the June recital each year, held at Atlas Studios in Newburgh, students play on an 1888 Steinway Grand Piano. “Recitals are important,” Terrell says. “If you’re not gearing up toward sharing with family and friends, you don’t get to that next level.”

Summer is a good time to start lessons, she adds, because there are fewer distractions such as school and sports to compete with practice time. She also holds two camps over the summer, one focused on composing and the other on duets. Students must have a piano or keyboard at home for practice. See pianoadventuresbeacon.com.