If you live in Beacon and use Facebook, you’ve probably heard about the noise from the Newburgh waterfront.

While the subject will occasionally surface at a Beacon City Council meeting or in another civic setting, most folks seem to express their frustration with the polarizing issue online.

The facts are fairly simple. Music, either live or played by a DJ, often travels over the Hudson River from Newburgh to Beacon, where it can be maddening, according to some Beacon residents. One’s proximity to the water seems inconsequential, as there are tales of riverside residents who haven’t heard a peep while others miles away are routinely bothered.

But mention the issue online and you’re likely to be inundated with responses, many of them derogatory.

Stacy Dedring says she’s been dismissed several times online for complaining about the noise, which she says she can hear “clear as day” at night from her porch. Dedring, who does not live riverside, said she can hear it in the summer even with her windows closed and air conditioning on.

“This is so egregious that it’s not fair,” she said.

Former Beacon City Council member Peggy Ross says she was met with alarming hostility after constituents complained to her about the noise. “I asked around, online and in person,” she said, “to see whether other Beacon people were hearing it. Online, I got such hostile responses that it’s kept me largely off Facebook since then.”

Two other residents declined to be interviewed for this article, citing potential online ridicule if they spoke out.

But what about the noise itself? Those who went on the record say it’s picked up steam over the last few years.

Many in Beacon believe it is coming from Billy Joe’s Ribworks, a Front Street restaurant across the Hudson from Long Dock Park. The restaurant serves food every night except Sunday until 10 p.m. and holds Country Tuesdays with a DJ, Karaoke Wednesdays, Latin Thursday and live music every Saturday night.

Reached by phone, a manager indicated he’d heard complaints but deferred further comment to the restaurant’s owner, who did not return calls.

However, some Beacon residents say they’ve had pleasant interactions with the restaurant.

“The manager told me he took a ride over to Beacon one night and measured the noise,” said Lisa Minogue, who has avoided going online with the issue because of the hostility it attracts. “He said it was the exact same decibel level in Beacon that it was on the restaurant’s back deck. He said that the water makes it travel and when it’s cloudy it’s worse.”

Minogue added that the manager was “very considerate,” yet “people’s children are being woken up, or they have to sleep with earphones on. It’s ridiculous.” 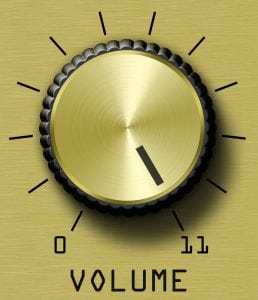 How Loud is It?

Minogue, who lives 4 miles from the Newburgh-Beacon Bridge, also emailed all seven members of the Newburgh City Council. Two replied, suggesting that she come to a council meeting.

Beacon Administrator Anthony Ruggiero says the city is sympathetic to the complaints, although there’s little it can do to change what happens on the other side of the river.

“We have a noise ordinance and they have one, but it’s tough because they’re two different laws in different municipalities,” he said. Ruggiero said that he, too, has met with Newburgh’s city manager and members of its City Council after residents complained.

“It seems to temporarily go down” after meetings, but a permanent fix hasn’t been found, he said.

Ruggiero suggested that residents bothered by noise call the Beacon Police Department and ask the police to log the decibel level.

Newburgh and Beacon’s city codes both prohibit outside music in commercial districts, either live or recorded, from exceeding 70 decibels, which is about the level of a vacuum cleaner.

Newburgh Police Chief Doug Solomon, who served as Beacon’s chief for almost six years before taking the Newburgh position in December, did not respond to emails and phone calls seeking comment.