It’s a good time to be a weed. Most of our methods of managing natural landscapes involve leaving soil exposed, making it easy for a weed to grow without competition. Building projects typically begin by clearing a site and ripping out all vegetation. Many landscaping efforts have the same approach and vegetable gardens still are commonly tilled every year.

Weed seeds are constantly on the move, dispersed by wind, water, birds, animals and people, looking for bare soil. Weeds also build up seed banks in the soil and can patiently wait for years for the opportunity to emerge. Digging, exposing and tilling soil can create that fertile moment.

Although hand-pulling weeds is the most common method for home gardeners, depending on the weed’s root depth and method of spreading, it might have the opposite effect. 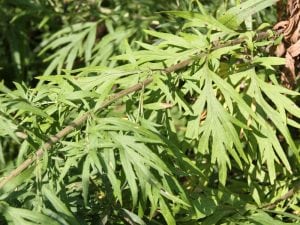 Weeds that spread by rhizomes can be stimulated to spread when pulled. The invasive species Aremisia vulgaris, commonly known as mugwort, and Polygonum cuspidatum, commonly called Japanese knotweed, are examples of weeds that operate that way and are particularly difficult to control.

Here’s how it works: With the best intention, a gardener pulls a mugwort. The rhizome structure is still there, though. These modified stems in the soil can push new roots down and new stems up and another mugwort plant is born.

Only by removing the entire rhizome base can the plant be stopped. Any small piece that remains can propagate, which is the technique that makes these weeds so effective at dominating other plants. Lily of the valley and Virginia creeper are examples of plants that some gardeners consider desirable that are also spread by rhizomes.

Liz Campbell Kelly of Hudson Garden Studio shared a method she prefers for preparing new sites. “When I want to clear an area, I get woodchips from an arborist and spread 12 inches on the top of anything that’s growing,” she says. “After three months, I brush away the top layer and plant directly into it.” 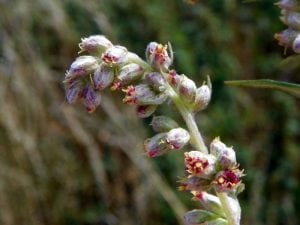 This works because, by not using landscape fabric, cardboard, plastic or other materials to smother the vegetation, water and nutrients can flow through the woodchips while suppressing weed growth. The soil microbes aren’t damaged.

Campbell Kelly was specific about using arborist woodchips instead of other sources like a bag from a big-box store. “I get deliveries from Philipstown Tree Service and I know they haven’t been treated with chemicals,” she says.

For weeds in lawns, Tony Bardes, the owner of Habitat Revival, who has 50 years of landscaping experience, says he also goes chemical-free.

“I was a licensed pesticide applicator for years and as I learned more about it and got into soil biology, I got away from it,” he says. “If you look at the lakes around here, they’ve been destroyed by all these chemicals.”

Bardes says he uses organic methods and good maintenance practices to improve lawns. He sees it as a long-term approach and the first step is helping the lawn recover from past applications of synthetic fertilizers, herbicides and pesticides. His clients notice when beneficial insects and birds return.

The foundation of his work is creating fertile soil that can feed turf grass, and then overseeding it. Healthy grass doesn’t leave space for weeds and can resist pests and diseases, he notes.

He says his team mows at a height to keep existing weeds from seeding. The occasional weed is hand-pulled and he tries to leave as many leaves as he can mulched into the yards. “In my own yard, I make my own topsoil and don’t till my garden,” he says. “I only add organic material.”

The hardest thing about his approach is getting customers on board. He says he does a lot of educating to help break patterns and beliefs. Learning to live with a few weeds in the lawn is also useful.