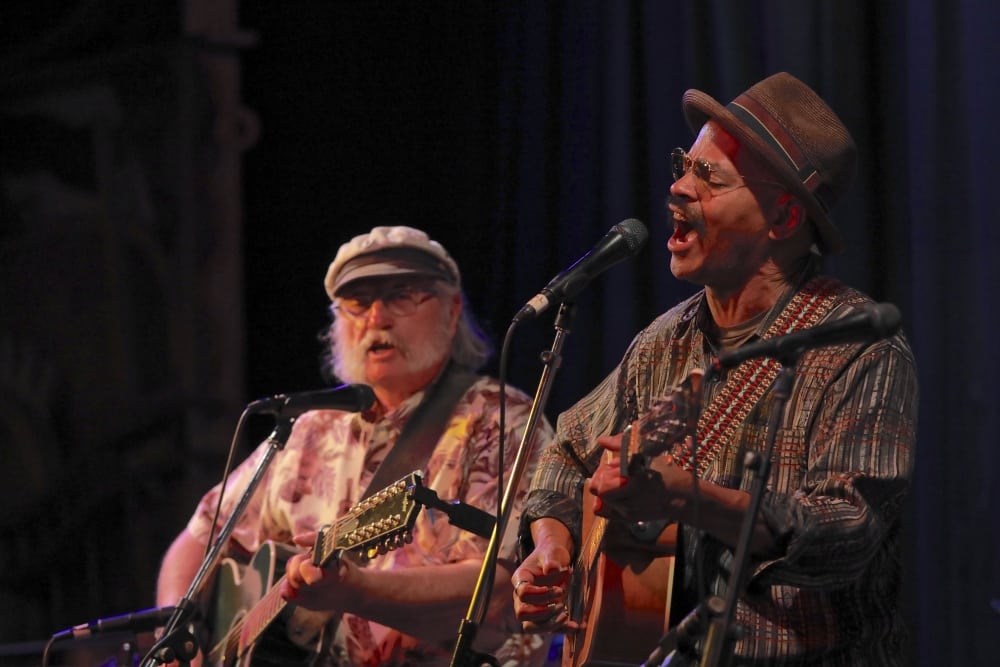 TRIBUTE TO DANNY — Rick Nestler and Guy Davis perform on July 29 at the Towne Crier Cafe in Beacon at a tribute to Dan Einbender, the songwriter and storyteller who died in May. A former resident of Garrison’s Landing, Einbender played with Pete Seeger and worked for Clearwater for 30 years. (Photo by Ross Corsair) 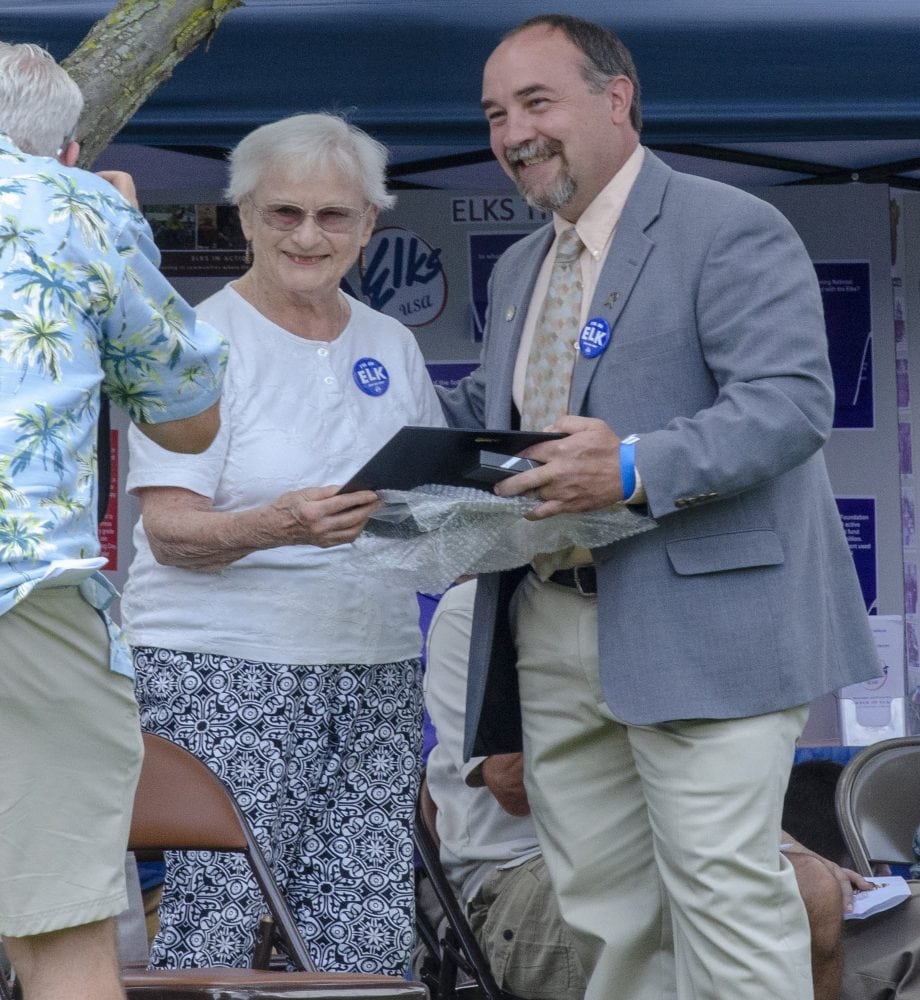 VOLUNTEER OF YEAR — On July 29, the New York State Elks Association named Clara Lou Gould, a member of Beacon Lodge No. 1493, as its female Veteran Volunteer of the Year. Gould was recognized for her work at the Castle Point VA Hospital and assisting local veterans. A native of Cold Spring, Gould was the mayor of Beacon for 18 years. She is shown with Stuart Rishe, president of the New York State Elks. (Photo provided) 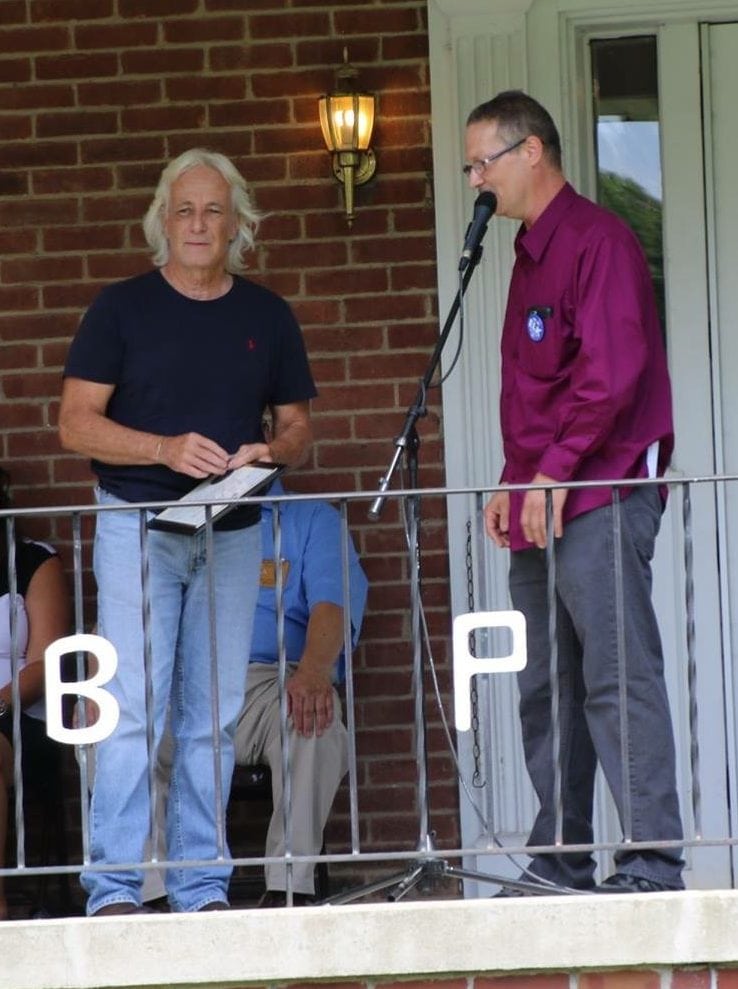 ELK OF YEAR — On July 29, the Beacon Elks also named Douglas Miller Jr. (left) as its 2017-18 Elk of the Year for his volunteer contributions to the city’s 9/11 Memorial. Doug excavated the area and set in place the 3,000-pound steel beam from the World Trade Center. He is shown with Adam Martin, past exalted ruler. (Photo provided) 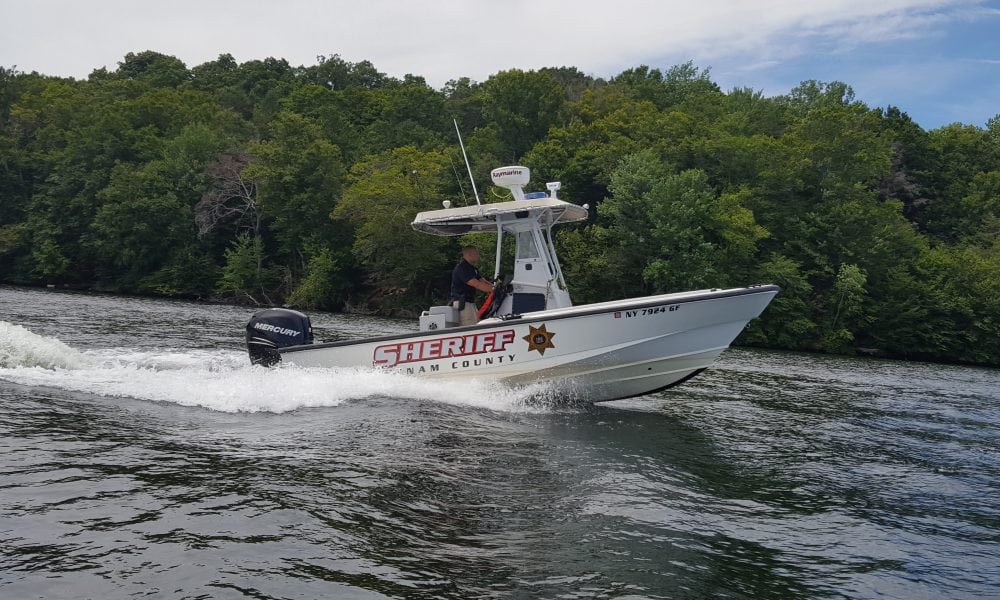 NEW BOAT — The Putnam County Sheriff’s Department has a new patrol boat for Lake Mahopac, a 21-foot Boston Whaler with radar and an infrared camera. The boat was purchased for the county by the state parks department. (Photo provided)