Haldane could be interim solution

Sandy McKelvey and Joe Plummer head a group of residents who hope to create a teen center in Philipstown, a proposal that had wide support in a vote conducted last year by the Philipstown Community Congress. We spoke with McKelvey soon after she gave an update on the project to the Cold Spring Village Board. Her remarks have been condensed.

Why does Philipstown need a teen center?

There are outlets for middle school students but not many activities for older teens. We surveyed high school students and they want a place of their own, unstructured, where they can socialize or work on school projects. It’d be an alternative to hanging out on the street, at a pizza shop or in the woods. Teens don’t have a safe place to socialize. The need came out of the opioid crisis.

Is this an adult idea aimed at teens?

The community at large supports a center, but we needed to be sure teens agreed. Ninety percent of the students said it was needed. Many said teens are getting into trouble because there’s nothing to do and no safe, fun places to hang out. 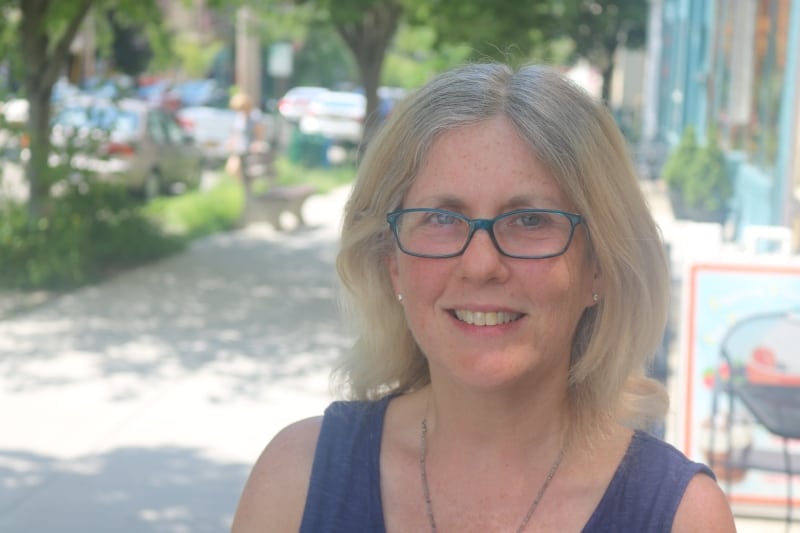 What is the biggest challenge?

Finding a space. The American Legion Hall would be a great location, within walking distance of the high school, and it would be available after the senior center that shares the space moves to the Butterfield site. The Legion members understandably want to reclaim their hall. It wasn’t about having a teen center as much as they don’t want to host another organization.

Are there other spaces?

The Cold Spring Methodist Church and St. Mary’s Episcopal Church said they would love to offer space but only for certain hours and days. We want a center that teens can take ownership of, design themselves. We haven’t found a place that could offer a daily, dedicated space.

How about the Philipstown Recreation Center?
If the center is not within walking distance of Haldane, teens won’t go. They won’t go at a set time, for specific activities. They need a spot where they can hang out for 15 minutes or two hours. Haldane High Principal Julia Sniffen has suggested the alternative high school on the second floor of the Mable Merritt Building as an interim space because it isn’t used after school.

Have you looked at other teen center as models?
Joe Plummer established a teen center in Greenwich, Connecticut, 25 years ago and it’s still going strong. They have no trouble finding volunteers. It has all sorts of evening events: battle of the bands, open mic nights and art shows.

How much space do you need?
Probably at least 1,000 square feet, and additional outdoor space would be nice. We think for Friday or Saturday evening films or open mics we’d have about 50 kids.

When would teens likely use the center?
In our survey, 63 percent said they would go from 3 to 5 p.m. on weekdays; 52 percent said Friday evenings. Teens are fickle. They won’t go somewhere immediately and say it’s a cool place to hang out. They need a consistent space that’s always there so they can test the waters, see if their friends are there. 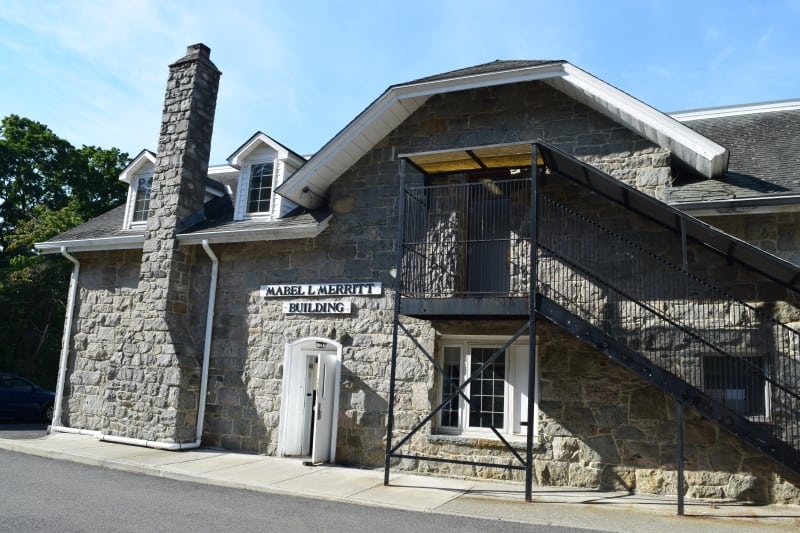 The second floor of the Mabel Merritt Building has been suggested as an interim site for a teen center. (File photo by M. Turton)

How would it be funded?
We need to figure that out, whether it comes from the county, town or villages. We’ve looked at being nonprofit but then it can’t be supported by local government. We’ve also considered an online fundraising campaign. We hope people will donate furniture, supplies and construction skills.

Are teens involved in the planning?
A couple want to be part of the organizing, but it’s slow going. They are still enthusiastic but without a space it’s hard for them to get others on board.

Has thought been given to a name?
The idea of a “teen center” sounds really lame to kids and they would never go there; it sounds like something adults are pushing on them. Someone came up with “The Blue Lounge.” Blue is Haldane’s color and teens like the idea of a lounge.

How would the center operate?
Teens and adults would organize it and be present during operating hours. Events would be student-driven with some supervision. Teens said it won’t be difficult to find help because students do community service for credits and the honor society. There’s talk of having a paid, adult staff member there at all times. Many community members have said they would volunteer.