With a clear path to the Class D final, it’s no surprise that the Haldane High School football team has plans on winning a sectional championship this season, as well.

Haldane’s last sectional title was in 2016, and the Blue Devils nearly won another last fall, falling 36-33 to perennial rival Tuckahoe to finish 6-3. 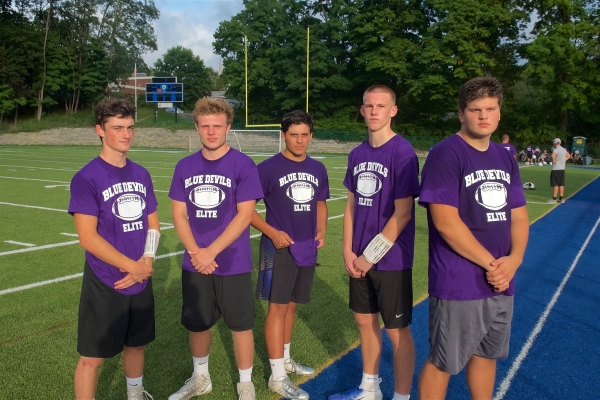 The Blue Devils will line up with a new quarterback, sophomore Dan Santos, who succeeds Brandon Twoguns, an honorable mention on the Class D All-State team.

His departure to graduation was a big loss, admits Ryan McConville, who is beginning his fifth season as head coach. “But we do have a good number of returning starters back. And we have some guys who are stepping into roles, guys we’re super-excited to get in.” 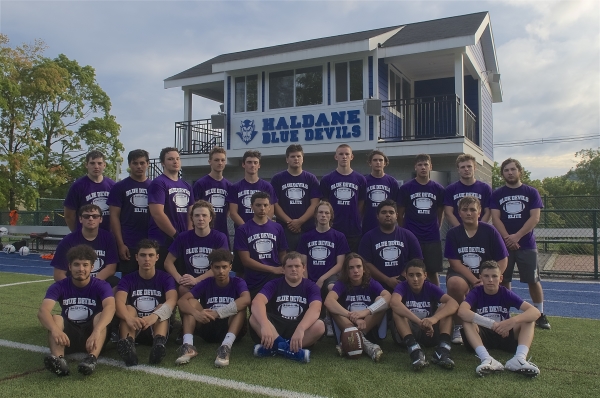 McConville says Santos has been doing a great job behind the ball. “He has a strong arm, very accurate, and the last few weeks he’s started to mentally understand the game and the responsibilities of being quarterback,” the coach says. “He’s taken a bunch of good steps in the last few weeks.”

The coach also said he has been impressed with the team’s defense. “We have a lot of returning seniors who are hungry, and we have a great defensive line, with guys like John Hankel, Matt Ortiz, the Dowd brothers. These guys have a lot of experience under their belts, and are very physical players.”


The Blue Devils also add sophomores Doug Donaghy at linebacker, Christian Pezzullo at center, Andrew Aiston on special teams and defense, and Josh Reyes. “They all look good, and we’re hoping to build these guys up by the end of the year, see how they develop,” McConville said.

McConville said the team will look to be unpredictable on offense. “We know teams will key in on Sam [Giachinta], so there will be some pressure on Dan to complete some passes, move the chains.”