The Beacon High School girls’ soccer team won two of its three games last week to go over the .500 mark on the season, with the Bulldogs improving to 5-4-2 on the heels of a 7-0 victory over Poughkeepsie on Wednesday (Oct. 10). 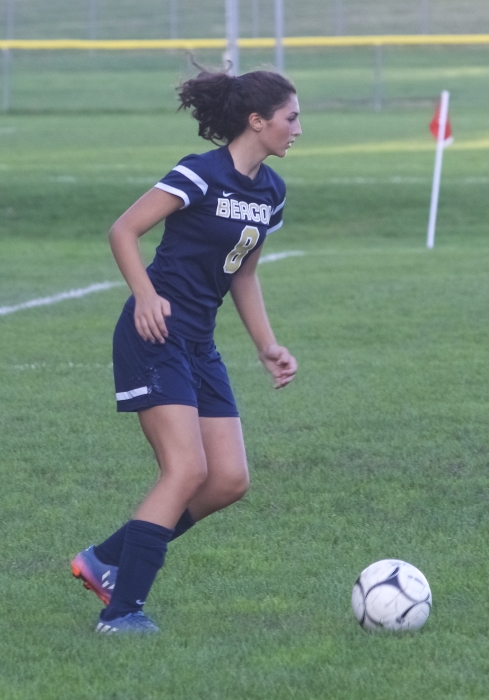 Playing at home against a barebones Poughkeepsie team (six players were missing for various reasons), Coach Hugo Alzate opted to play the Pioneers even, going nine versus nine.

Beacon was still clearly the better team with the Pioneers struggling to keep their program going. The Bulldogs led 5-0 by halftime.

Maddie Bobnick had two goals, and Analiese Compagnone, Ashley Casserly, Gabby Del Castillo, Yasmine Cabrera and Meagan Meeuwisse (who played goal in the first half and field in the second) each scored.

Beacon improved to 3-1 in League 2E and remained in a tie for first place after a 3-2 overtime win over Hendrick Hudson on Saturday (Oct. 6) in Montrose.

Eliza Ericson had the game-winner for Beacon, scoring off an assist from Compagnone, her third of the game. Ericson also scored the team’s first goal at 30 minutes in.

The Sailors rallied to take a 2-1 lead in the second half, but Beacon got the equalizer with two minutes remaining when Jessica Spadafino converted a feed from Compagnone, sending the game into overtime. Meeuwisse made eight saves in net.

“We played great in the first half; we were moving and possessing well,” Alzate said. “In the second, it was like we couldn’t get the ball. We eventually got a cross, and Jess stepped up and we were back in it. And we played well in the OT.”

“We didn’t play well against them this time or last,” Alzate said. “Their confidence carried over from the first time. We had a couple injuries and we made mistakes, and they took advantage.”

Beacon was scheduled to visit Poughkeepsie tomorrow (Saturday) at 2 p.m. and Haldane on Wednesday at 4:15 p.m.